What to do when a war is on the doorstep 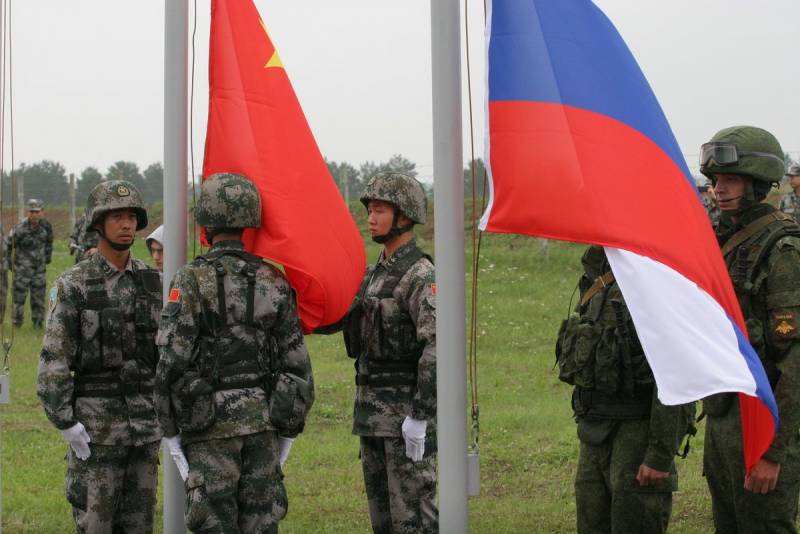 A hybrid world war from the latent phase of political and diplomatic pressure, interference, economic sanctions, humiliation of Russian state symbols in sports and local military actions on the Middle East front is about to turn into a regional conflict.

It is obvious that Russia will be provoked and distracted in the Ukrainian and Central Asian directions. The US and NATO are hastily withdrawing from Afghanistan. That is, soon the "black caliphate" and other mujahideen can blow up Central Asia, the soft underbelly of Russia. And this is the need to support more or less friendly regimes of the Central Asian republics weapons and finances, apparently, and troops. The threat of a powerful wave of drugs, weapons, militants and migrants from the south. That is, instability is transferred to the Russian Federation itself. At the same time, Ukraine, with detachments from Turkey and NATO, will arrange provocations in the Donbass and Crimea.

In these conditions, when Turkey closes our main sea communication, through which the supply of the group in Syria goes, our troops there are doomed to defeat or urgent evacuation. That is, this is the Afghan scenario of undermining the USSR-Russia. In the face of failure on the foreign policy front, the domestic political situation in Russia will deteriorate sharply.

In a situation of constant growth of social tension. When "the refrigerator beats the TV". Pension reform, rising prices for housing and communal services, enraged prices for food, consumer goods (in general, the end of the "fat" era of consumption in the 2000s), fuel. Covid terror and bans on holidays abroad. The ruin of a significant part of small business during the "pandemic". Freeze wages, a fall in the real value of the ruble with a wild rise in prices for goods and services. It is obvious that the military threat from Ukraine, Turkey and NATO will force the authorities to tighten their belts even more. And first of all, it will be felt by poor people (80% of the people).

Thus, the West is preparing either the surrender of liberal Russia to the United States while maintaining the dominance of the dollar system, or the Maidan in the Russian Federation, which should also lead to the victory of the pro-Western, liberal part of the elite. Further, a new "restructuring" of the Russian Federation, the surrender of all "disputed" territories, demilitarization. Repentance to the collective West and all neighbors for centuries of "Russian aggression". A new wave of privatization and plunder of the Russian land.

What if we refuse to bow to the West?

After all, it is obvious that after a new surrender on the model of 1985-1991. will get worse. The West does not care which Russia is tsarist, Soviet or democratic. The question is in worldview, faith and values. Russians, loyal to their Motherland, with a Russian spirit, a willingness to die and kill for their power and people, will never become faceless Americans or Europeans, "citizens of the world." The United States is building its own world order. The last 30 years have shown that Russia will never be accepted into the "golden billion" of the world community. Only some of its representatives (like Gorbachev), who showed "complaisance", fulfilling the will of the West and helping to plunder the Russian state.

Plundering Russia, imposing their laws, orders and standards on us (for example, tolerance for various perverts and moral monsters), the United States and Europe despise us. This is the law of thieves' raspberries, the jungle. The weak are beaten, robbed and killed.

How long will Russia tolerate this evil that is killing our Russian soul?

We need to drop this burden, parasites from our shoulders. To go further on our own path - the path of prosperity and creation. To abandon the society of consumption and extermination (self-destruction), which kills up to a million Russian people a year (the entire Russian world - the Russian Federation, Ukraine, Belarus).

Determine the primary goals of mobilizing the elite, society and the economy. A soft turn of the Kremlin towards the people. Rejection of Westernism and liberalism in domestic and foreign policy. The curtailment of all international ties that are to the detriment of Russia. A course towards independence, autocracy and self-reliance. Cultural and economic autarchy. Self-restraint for your own. For example, instead of Paris and London, the revived cities of the Great Russian provinces are Ryazan, Pskov, Veliky Novgorod and Vologda. With elements of old Russian architecture, restored or rebuilt ancient kremlins, towers and gulbisches. Ideology - socialism and Russian nationalism. Russian cultural revolution. Rejection of Western culture, the revival of Russianness, taking the best that was in the USSR, the Russian Empire, the Muscovite and pagan Rus.

Nationalization of the ruling elite. Stop the vicious practice of foreign accounts, real estate, teaching children abroad, and exporting families to the West. Either you are a Russian patriot, or an outcast: and go to Canada or Britain (if you are clean before the law). All who do not feel their involvement in our great past and the future of Russia are strangers, not citizens of the Russian state and the super-ethnos of the Russians. New oprichnina, with the elimination of thieves, ethnic criminal groups and the "fifth column". Nationalization of the monetary and financial system, strategic industries and enterprises, land, mineral resources and forests.

The rigid management "vertical" is supplemented and strengthened by the "horizontal" - councils, zemstvos and veche on the ground. In the context of digitalization, this will be much easier. Every important decision, law, the people must approve at a nationwide poll. For example, the right of the people to rifled weapons, as in the United States, Brazil or Switzerland. Russians are worse and dumber than Americans? Or the question of the death penalty for serial killers, maniacs, big drug dealers and slave owners.

In the face of confrontation with the West, an ally is needed. The only possible option is China. Further, the members of the new Eurasian Horde, obviously, will be Pakistan, Iran, Syria. It is possible that Vietnam and India. China is the US's geopolitical rival. Natural ally of Russia.

By entering into an alliance with China, we will get a solid rear. China will contain possible Japanese aggression. We will receive technology, factories, machine tools, equipment and finance. Ability to drop the dollar. In the future - its own digital base. This will allow us to survive the rupture of cultural, technological, financial and economic ties with the West. Carry out a new industrialization. The Celestial Empire also needs an alliance with Russia. In Beijing they know that Russian civilization is a civilization of the spirit, a generator of ideas and meanings. Russians are warriors. The Chinese have always lost wars, and took over the enemy only through prolonged assimilation of the conquerors. The Russians are the winners. With the help of Russia, the Celestial Empire will enter the Middle East and Europe. It will oust the United States, which has already entered the phase of a severe internal crisis, which will inevitably lead to the agony of the American empire.

Thus, for the Celestial Empire, Russia is the military component of the alliance-horde, which will prevent the United States from committing direct aggression, and the spiritual principle, the will of Heaven. Russian faith, culture and language give the Chinese the opportunity to fill their world with bright images and meanings. It is not for nothing that in China they sing the Russian "Katyusha", they shot their own version of the great war film "The Dawns Here Are Quiet" and they love Russian cartoons. In the meantime, Russia retains the dominance of the Western world of the Russian Federation for the Celestial Empire only a source of resources.

"Oh, the West is the West, the East is the East, and they will not leave their places,
Until Heaven and Earth appear on the Last Judgment.
But there is no East, and the West does not exist, that the tribe, the motherland, the family,
If strong with a strong face to face at the edge of the earth rises? "

Ctrl Enter
Noticed oshЫbku Highlight text and press. Ctrl + Enter
We are
A great interview with Sergey Lavrov: about Ukraine, Obama and IranWhat you didn't want to know about England
Military Reviewin Yandex News
Military Reviewin Google News
163 comments
Information
Dear reader, to leave comments on the publication, you must sign in.