Border guard Boris Khorkov - retreated through the whole of Ukraine, but reached the Elbe 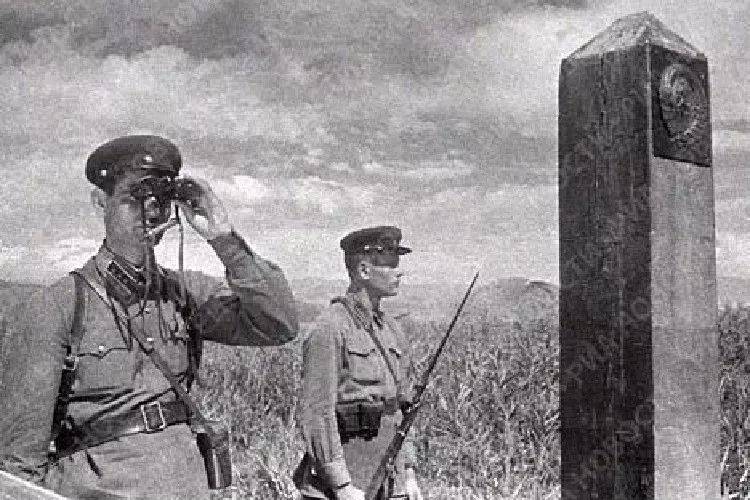 Originally from the suburbs

There is an old Russian village Pokrovskoe in the Moscow region. It is located near the city of Volokolamsk. It was first mentioned in the XNUMXth century. 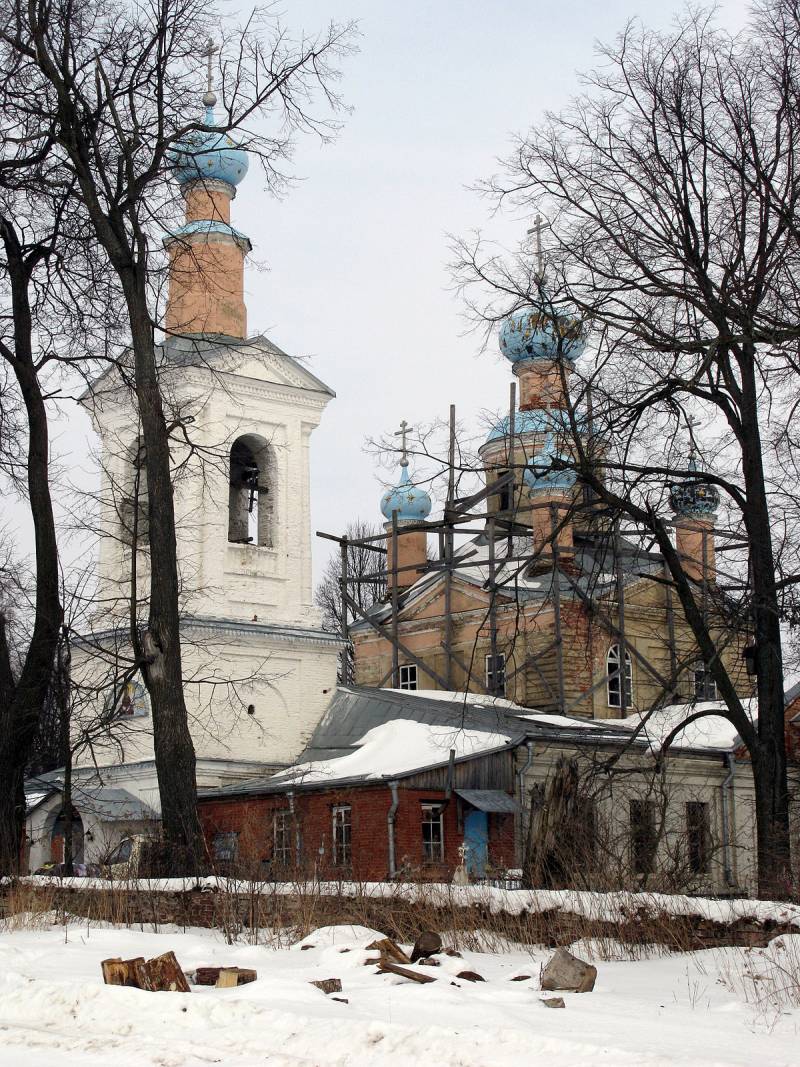 Later, at the end of the 4th century, the Church of the Intercession of the Most Holy Theotokos raised its domes here, which from an early age were imprinted in the minds of Boris Khorkov, the future defender of the border. Boy Borka was born here on August 1922, XNUMX.

Like all his peers, he loved to play sports: in the summer he played football, volleyball and organized swimming in the local pond. With the coming of winter, Boris got up on skis, and on the ice of a rural pond, he skated.

Even before the war - in 1940, he graduated from the tenth year. And even with a letter of merit. The last peaceful summer passed quickly. And already in the fall of October 9, 1940, Boris was drafted into the border troops.

Boris served in the 95th border detachment: first in a training battalion in the town of Vorokhty, then at the Polyanitsa outpost. Since March 1941, Khorkov studied at a junior commanding school in the city of Lvov, and since mid-May he was in summer camps on the San River.

The most severe discipline, the hardest tasks, a maximum of classes, a minimum of free time, colossal physical activity - everything was aimed at making eighteen-year-old guys full-fledged junior commanders, assistants to the chiefs of border posts in six months.

In the pre-war period, the soldiers of the borders of the 95th border detachment of the NKVD troops were able to identify and defeat a total of twelve large and small gangs, while they usually detained many violators. Among them there were also foreign intelligence agents who made their way into the USSR on an espionage mission.

Unfortunately, the border guards also suffered irrecoverable losses in military clashes with members of the armed formations. And such armed clashes happened right up to the beginning of the Great Patriotic War.

The 95th Nadvornyansky border detachment of the NKVD troops, commanded by Lieutenant Colonel Dmitry Andreevich Arefiev, by the summer of 1941 consisted of five border commandant's offices (in total - 20 line and 5 reserve border posts; the staffing of each commandant's office - 320 people), a maneuver group (250 people) and schools for non-commissioned officers (70-100 people).

On June 21, 1941, the soldiers of the first training outpost of the sergeant school were in daily duty. Among them, the border was guarded by cadet Boris Khorkov.

They even took prisoners on the first day

With the beginning of World War II, the 95th border detachment was at the forefront of the blow of the 8th Hungarian army corps, which consisted of four infantry brigades. Enemies were advancing, firing hurricanely. Being the first number of the DP light machine gun, Khorkov fiercely and continuously scribbled at the advancing enemy. On that first day of the war, the border guards did not flinch, responded with aimed fire from all available types weapons. 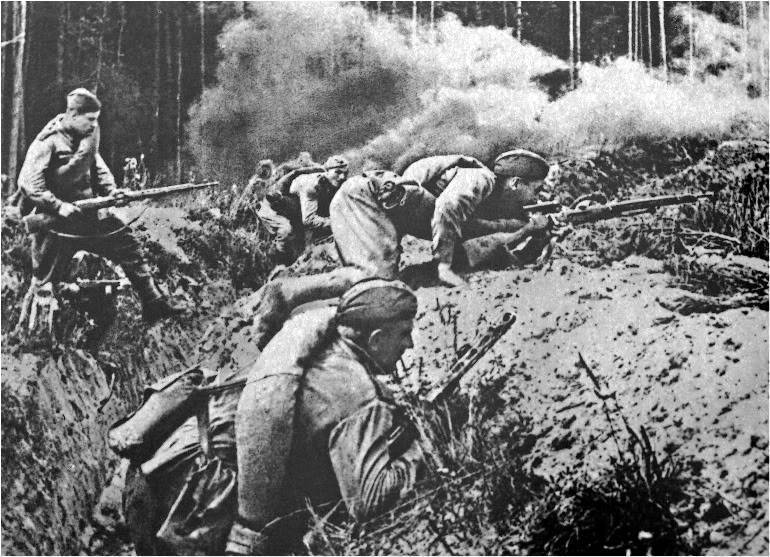 As a result, the Hungarians, having lost many killed and wounded, were forced to hastily leave the Soviet territory. At this border line on June 22, 1941, the losses of border guards were minimal. In the first hours of the war, the subordinates of Lieutenant Colonel Dmitry Arefiev even managed to capture several hortis.

The next day, June 23, 1941, turned out to be hotter. In the morning the attack of the Hungarians was drowned out. And, finding themselves in a zone of intense fire, they were forced to retreat. However, soon the attack resumed, already with the support of tanks... Not having their own artillery, the outposts were forced, under the onslaught of the enemy, to fire in complete encirclement.

The border guards were also able to shoot down two Nazi bomb carriers - dive bomber "Ju-87" and capture their crews. Despite their small numbers, the border units still held out for several days. The soldiers of many outposts died completely, but not a single border guard left the guarded line without an order from the command.

The personnel of the part of the frontier posts and the sergeant school were forced to start an organized retreat towards the town of Nadvirna, not far from Stanislav (now Ivano-Frankivsk). On the approach to Nadvirnaya, the border guards suddenly found themselves in the zone of tough battle between the Red Army regiment and the enemy who had saddled the road to Stanislav.

Border soldiers, among whom was Boris Khorkov, took part in the operation to defeat the enemy landing. As a result of the joint efforts of the soldiers of the rifle regiment and the border guards, the highway was unblocked, and the remnants of the landing force were thrown four kilometers away from it.

When the Magyars took the offensive

June 29, 1941 - the date of the transition of the Hungarian corps to a large-scale offensive along the entire border line. When leaving, the border guards destroyed, together with units of the Red Army: an oil refinery and a sawmill, power plants, the track facilities of the local railway station, and military warehouses.

Everything was burned, swept away, exploded so that the enemy did not get it. On June 30, 1941, by order of the command of the 12th Army of the Southwestern Front, the 95th border detachment in full force was officially removed from the border protection.

Now the soldiers had to guard the rear of the units of the active army, retreating with battles in the direction of Vinnitsa: the 44th and 58th mountain rifle divisions, later the Kiev twice Red Banner and simply the Red Banner. On July 2, the 95th detachment in the number of 1952 border guards entered the operational subordination of units of the 12th Army of the Southwestern Front.

"All units of the detachment have entered the operational subordination of the command of the 12th Army and, interacting with units of the 44th Mountain Rifle Division, are retreating to the old border,"
- these are lines from the original entries in the combat operations log of the 95th border detachment.

“The border guards of Lieutenant Colonel Dmitry Andreevich Arefiev were entrusted with a combat mission to defend the crossings, including across the Prut and Dniester rivers, with which they generally coped successfully. The personnel of the junior commanding school led the way to the east in an organized manner. "
Border cadets also had a chance to defend Kiev, to take part in the evacuation of civilians and state property. When retreating, they crossed the whole of Ukraine on foot, from Lvov to Donetsk region.

In November 1942, border guards and servicemen of the internal troops, born in 1918-1924, from the active army, from the border and other places of service were relocated to the Urals, where the 70th Army of the NKVD troops was being formed. Most of the border guards of the 95th detachment were enrolled in the 175th rifle division.

So Boris Ivanovich Khorkov ended up with his colleagues in the 373rd artillery regiment, where he was appointed a computer officer of the headquarters battery. And in February 1943, the soldiers plunged into echelons and headed to the front. To the Kursk Bulge ... 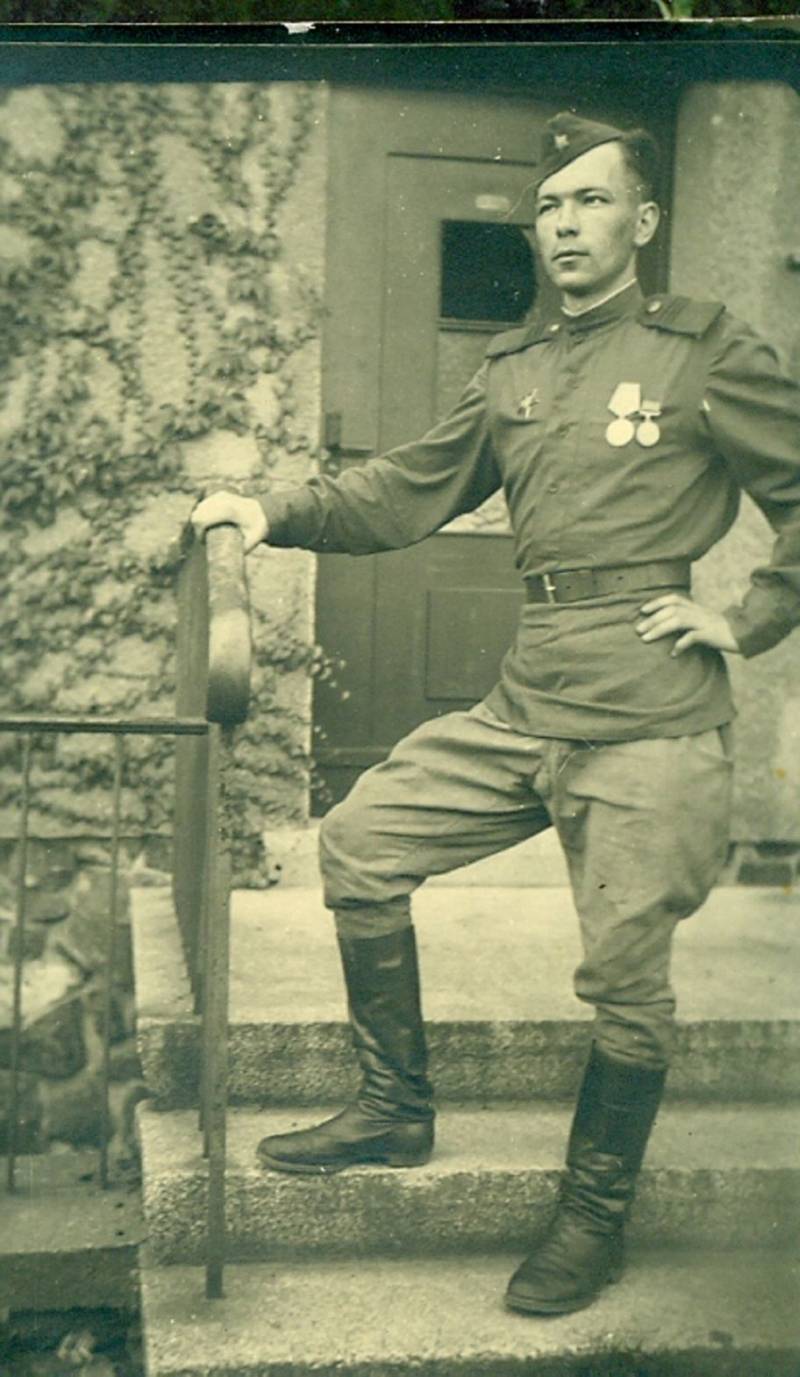 The valiant border guard sergeant Khorkov went through the entire war and ended it on the Elbe. He fought the enemy bravely. And for military actions he had many well-deserved awards: the Order of the Patriotic War of the II degree and medals "For Military Merit", "For Courage", "For Victory over Germany", "For the Defense of Kiev".

But the Order of the Red Star stands out even among them. Judge for yourself by the extract from the award list.

After the war, Boris Ivanovich received his law degree and worked as an investigator in the prosecutor's office of the Kaluga region. He retired in 1987. For his work in the prosecutor's office, Khorkov was awarded government awards. He was awarded the title "Honored Lawyer of the RSFSR". Such was he - the indestructible and legendary border guard from the Moscow region Boris Ivanovich Khorkov. Eternal glory to him and people's memory! 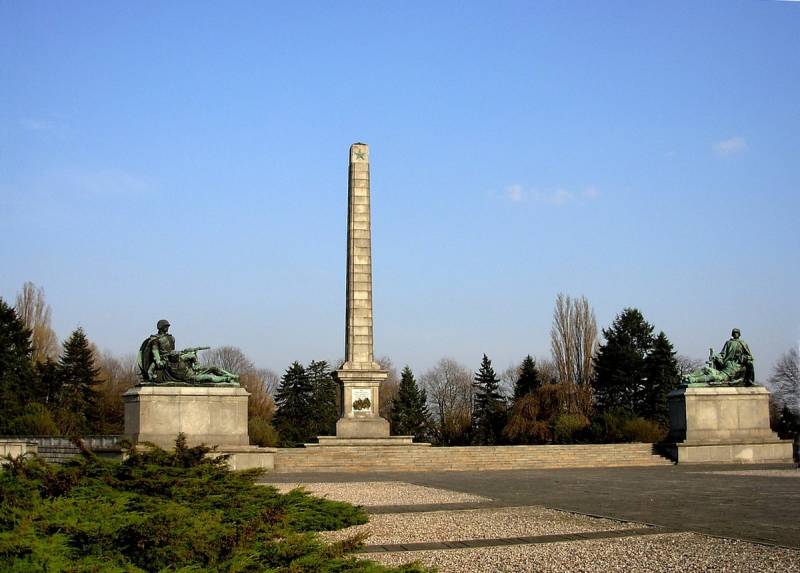 Many of Khorkov's fellow soldiers from the 70th Army are buried in this cemetery in Warsaw.
Based on the materials of the Archive of the Organizing Committee for the perpetuation of the feat of the platoon of Lieutenant Alexander Romanovsky.