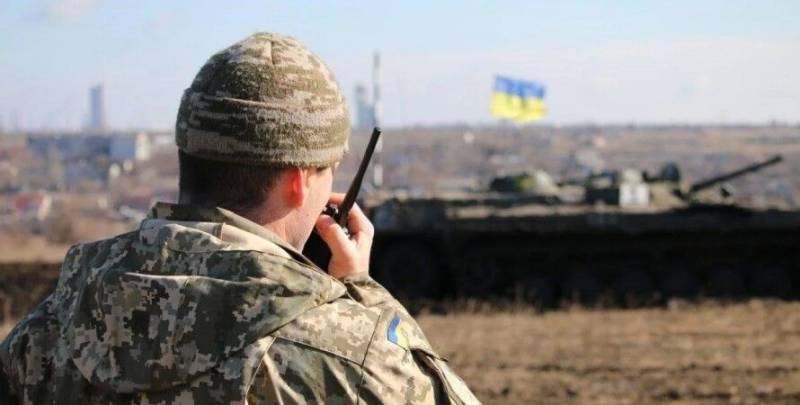 In the event of an attack by the Armed Forces of Ukraine on the territory of the DPR and LPR, Russia, first of all, must immediately announce through all diplomatic channels about the protection of the Russian-speaking population and citizens of Russia living in the territories exposed to attacks from the Ukrainian Armed Forces. It is also necessary to propose to the President of Ukraine to immediately stop hostilities and return to the line of demarcation of forces before the resumption of the armed conflict.

The authorities of the DPR and LPR must be informed that Russia will support these state formations by all military, economic and diplomatic methods, up to the recognition of their state sovereignty.

Russia should take these actions very quickly, since the DPR and LPR do not have enough resources for a long-term confrontation with the Ukrainian Armed Forces.

Then Russia, without waiting for a response from the supreme authorities of Ukraine, must launch an air campaign against Ukraine.

While Russia has 3,5 thousand aircraft, of which about 1,5 thousand are fighters, aircraft for conquering air supremacy. Part of the named amount is under repair and modernization.

Of course, only no more than half of them can be used in Donbass. For it is necessary to cover other parts of the country. But even they are quite enough to gain air supremacy. Someone will argue that the Su-34 and Su-24 are not suitable for this. But, anticipating this criticism, I will say that this technique will come in handy for the elimination of the AFU air bases.

In addition, the air defense of Ukraine is also from the times of the USSR, and therefore can be eliminated in the first hours of the conflict. The most serious part of the air defense of Ukraine is the S-300 complexes in the amount of 250 units. But they were created before 1991 and are intended only for large winged high-altitude or against ballistic targets. Consequently, outdated modifications of the S-300, with proper elaboration, should not become a big obstacle for the RF Air Force and the RF Ground Forces missile forces.

Then it is logical to deliver strikes by airplanes and cruise missiles across the entire infrastructure of Ukraine, with the exception of nuclear power plants. The nuclear power plant should not be touched due to the excessively harsh reaction from abroad, as well as the risk of radioactive contamination of its own western territories. Transport hubs bordering Europe should be destroyed to prevent supplies from the West, ports and airports, thermal power plants, bridges, hydraulic structures, buildings in which authorities are located, primarily the supreme authorities of Ukraine, military educational institutions, warehouses of weapons and fuel, military factories , shopping and office centers, markets and, of course, the ground troops of the Armed Forces of Ukraine.

Work of this kind for several weeks or months will make it possible to bomb Ukraine into the state of what is now Libya and Somalia. There will be no investment climate, no trade, no currency other than foreign, there will be no social, medical or pension provision, no electricity and water supply for the population, no capable authorities, both at the supreme level and at the local level. There will be only armed groups controlling this or that area. And the population will quickly run from Ukraine wherever they look. The air campaign should go on until someone gets tired of it. Russia will get tired of the air campaign when organized resistance disappears in Ukraine. And Ukraine will get tired of it when the local authorities lose the levers of control over territories and troops.

The ground campaign should begin only after the disappearance of any organized resistance, and should end with the occupation of the left-bank Ukraine, Odessa, Kherson and Nikolaev, but no more. Conducting a ground offensive before the end of the air campaign is inappropriate due to the risk of increased losses in the ranks of the LPRN troops.

Accordingly, civilian infrastructure facilities on the left bank of Ukraine should not be damaged during the air campaign. That is, from the very beginning, the air company must go against the Armed Forces of Ukraine in the left-bank Ukraine, and against the civil infrastructure and authorities in the right-bank Ukraine. At the same time, all engineering, technical and social institutions should remain in the eastern left-bank Ukraine for the normal functioning of civil society.

The issue of building state power on the territory of the left-bank Ukraine after the successful completion of the air and ground campaigns is a topic for a separate study.

It is advisable to start an air campaign against the Armed Forces of Ukraine not earlier than the completion of SP-2. Although Russia assisted the LDNR in 2014 and 2015, that is, even before the completion of the JV-1 and Turkish Stream. Of course, in this scenario, the ruble will fall below the floor in foreign markets. But I assure you that the hryvnia will fall even more.

It should be understood that the country's military security is more expensive than Western sanctions. At the same time, NATO's military intervention in the conflict between Russia and Ukraine, in general, is out of the question.

But if it happens, then Russia's GDP will become the same as the GDP of NATO countries.

Ctrl Enter
Noticed oshЫbku Highlight text and press. Ctrl + Enter
We are
What you didn't want to know about EnglandMilitary reform as an integral part of the security concept of the Russian Federation: Systematic dynamic assessment
Military Reviewin Yandex News
Military Reviewin Google News
233 comments
Information
Dear reader, to leave comments on the publication, you must sign in.