Why Ukraine was lost 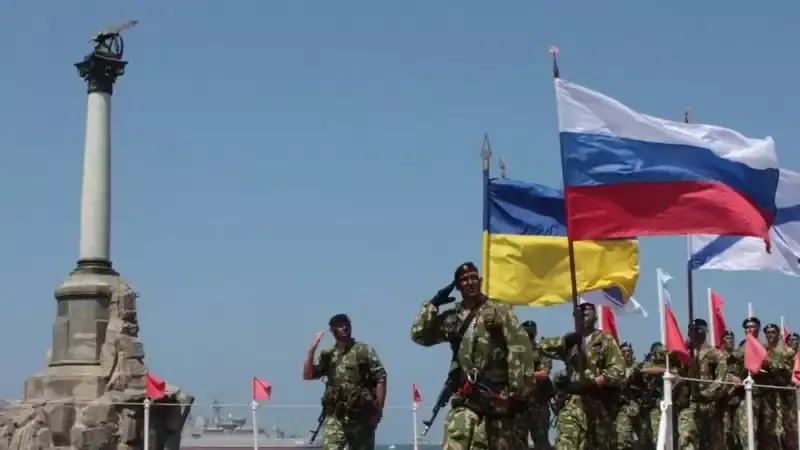 Without Ukraine, Russia ceases to be a Eurasian empire. If Moscow regains control over Ukraine, its resources, population and access to the Black Sea, then Russia will automatically receive the funds again to turn into a powerful imperial state, spread out in Europe and Asia.

Ukraine ... How much bitterness, hatred, misunderstanding and disappointment is contained in this word.

How did it happen that we lost, perhaps, the most significant of all the post-Soviet republics? Why we are losing our territories altogether?

This is the question - and nothing else.

You can deny as much as you like that, they say, this is not our land at all, and in general, why we all need them - but this is just a delusion. A bitter, terrible delusion that at one time led to the collapse of the USSR ...

Alas, the world is so arranged that there is no place for solo players. No state can independently provide itself with an independent sales market without trading partners and stable military ties. Take China, for example, with its 1,398 billion population, monstrous industrial capacity, exorbitant ambition. But what is missing from this formidable tech giant?

By hook or by crook, Beijing is trying to provide itself with new foreign sales markets, to find countries ready to deploy the Chinese Navy and Air Force on their territory, and is investing colossal funds in international infrastructure projects - but why? Why do they need this, you ask - maybe they want to become even richer?

Alas, the reality is much more complicated, and our country is extremely poorly adapted to it.

The era of battles tank armies have come to an end - the era of economic wars has come.

We are rapidly losing the entire post-Soviet space and are going into deep defense precisely because we did not manage to get our bearings in the situation in time. After the collapse of the Soviet Union, the prevailing opinion in Russia was that we would exist perfectly without "freeloaders", having built an economy that would provide for ourselves and no one else. In the 2000s, the rhetoric changed - good relations with the West overshadowed the mind of the whole country, which is why we lost such precious time and opportunities, finally losing control of most of the satellites. 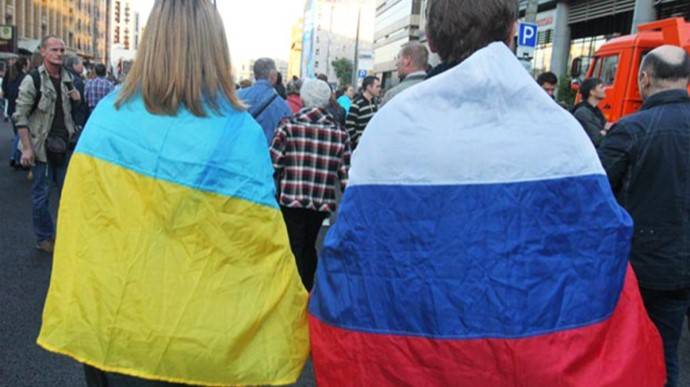 According to polls conducted by the Kiev International Institute of Sociology and the Russian Levada Center (NPO is included in the register of non-profit organizations performing the functions of a foreign agent), 48% of Ukrainians still have a good or very good attitude towards Russia. Photo source: dw.com

Yes, let's call everything by their proper names: the countries of the post-Soviet space were our satellites. It was our zone of influence, and precisely we were responsible for control over her.

Alas, this is by no means some relic of the so-called "imperial thinking" - this was the reality, because it was Russia of all the former Soviet republics that became the largest and richest country, and, most importantly, only Russia had serious foreign policy ambitions. One way or another, circumstances determined us to the role of a leader, which, unfortunately, we did not cope with.

Yes, of course, you can place all the responsibility on Ukraine itself and its leadership - but, in essence, what was it like? A young state with uncertain prospects, a complete absence of a qualified administrative apparatus (which was represented by yesterday's Soviet party bosses, who were fooled by the money and power that had fallen on them) and, frankly, an absolutely uncompetitive economy.

Did the weak and completely dependent on Russia Ukrainian state have any ambitions beyond those declared by a handful of out-of-mind radical nationalists? Not. But, unfortunately, we were enchanted at the same time both by the noisy (and, as it later turned out, not so numerous) lovers of Stepan Bandera, and by the kneeling, corrupt politicians of the "old school" who assured us of the complete devotion of their country to the ideals of an alliance with the Federation ...

What actually put forward the Ukrainian society as the main idea of ​​the Maidans? Russophobia? Fascism? Desire to Become "American Beds"? Of course, there were similar proposals. However, I repeat, we were fascinated by the radicals - a handful of people seemed to set the tone for absolutely the entire policy of the once fraternal state. True, for some reason in Russia the modest desires and demands of the bulk of the "rebels", who declared them during the ill-fated Orange Revolution, remained completely unnoticed in Russia - and yet they matched our own needs extremely well ...

Alas, all of Ukraine's unpretentious political ambitions boiled down to a desire to become ... in essence, a colony. She, in fact, became her - just not ours. In the modern sense, a "colony" is an economically and technologically dependent satellite that provides the metropolis with a stable and stable sales market, coupled with political loyalty in exchange for a standard of living unattainable in case of independent existence. No annexation and military incursions, forceful maintenance of order and infusion of funds - on the contrary, an extremely profitable system in which the dependent independently controls his territory, ensures economic development and enriches the overlord.

The main demand of the Ukrainian society was, no matter how ridiculous it may sound, precisely the desire to become a colony. Why Russia missed this moment, why we were driven into the position of the defenders on our own territory - the question is certainly interesting, and it requires a separate material.

In short, however, we can answer now - "soft power".

The power, which for some reason we do not have. Turkish films and TV series are watched by over 600 million people in 152 countries. "Soft power" is there. Photo source: peopletalk.ru

As mentioned above, interstate conflicts have reached a new level - the export of cultural patterns, lifestyles, consumer technologies, the media is now of great, if not central importance ... We did not just lose the confrontation on these fronts - we did not even notice it and did not realized. For most Russians, such things still sound wild, incomprehensible and even stupid - unfortunately, the fact that conventional singing and dancing boys from South Korea can have many times greater influence on a particular country, or even to the world than our motorized rifle brigades.

Strengthen the comprehensive strength of China's culture. Promote Chinese culture, better go out into the world, enhance its international influence.
- from the resolution of the IV Plenum of the Central Committee of the Communist Party of China of the 16th convocation of September 2004.

Perhaps, relations between Turkey and Azerbaijan can be considered as an ideal example of "soft power" in the post-Soviet space. Against the background of the rather vague policy of Russia in the Transcaucasus (flirting with the sometimes anti-Russian-minded Armenia, coupled with a disdainful attitude towards Azerbaijan, which was a regular client of our defense industry with "real" money), Ankara was able to become not just an ally, but also a "big brother" of Baku.

In fact, at the moment Azerbaijan occupies the position of not just a union, but a vassal (in the best sense of the word) country - Ankara has received a new sales market (especially armory products) and a reliable foothold in the Caucasus. Turkish culture is gently and unobtrusively exported to create stable "brotherly ties" between the two states, which are henceforth linked not only by military or political, but also by spiritual ties. However, this process has been successfully launched in Central and Central Asia ... In the countries that were ours less than half a century ago.

Turkey, which is inferior to us in many indicators, is energetically and successfully promoting its status of the unifier of the Turkic lands, justified by the new historical a concept within the framework of which Ankara assigns all significant epochs and attractive historical images that have at least some distant relation to the Turks. Scythian nomads, Batu, Ataturk ...

They do not care about the problem of appropriating someone else's historical heritage - here and now they are creating a zone of influence, using all available methods and means.

Retreating on our own land

Ukraine ... A country with a kindred mentality for us. The people who speak the same language with us. The state, to this day, is closely connected with the Russian economy.

Interestingly, we had much more prerequisites and means for the development of successful vassal relations with her than Turkey and Azerbaijan ... Why, in more than 20 years, Russia has not been able to create stable levers of influence in a financially dependent, linguistically identical way of life, a religiously and historically close country?

Why are we so blind to promoting the influence of our state, not only by giving our, Russian money to local presidents-tsars, and not the broad masses?

We give carte blanche to individual clans and completely stop working, in fact, with ordinary people, whereas this is precisely the notorious "soft power" - and in our policy abroad we must rely primarily on them, on new faces, of which subsequently, stable allied ties are formed, and not primitive beneficiaries in the form of another Yanukovych or Bashar Assad. 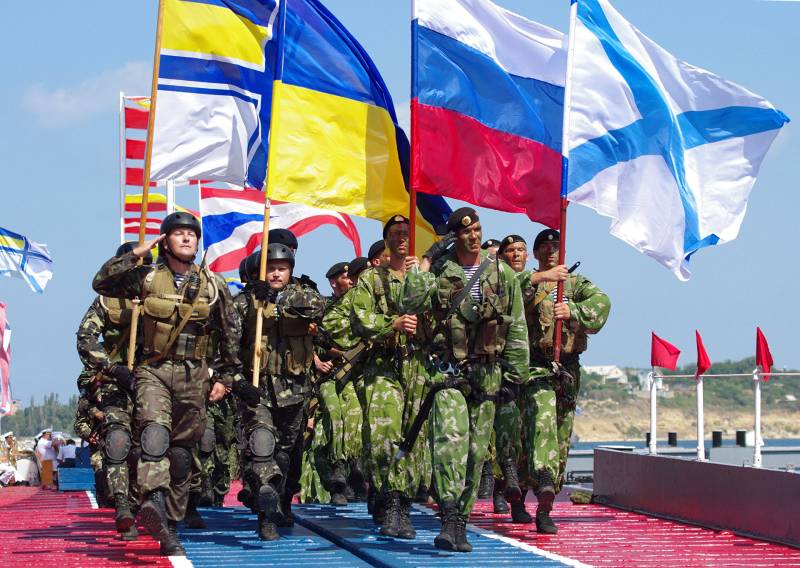 We are still absorbed in happy reports about the return of Crimea and sincerely believe that the deaths of Russian children in Donbas is a fair price for preventing Ukraine from joining NATO. We believe that two successful tactical moves neutralized our strategic defeat.

Unfortunately no. We have lost an entire country solely through our own fault. And we are trying to hide this fact from our own eyes.

Thirty years ago we said that Coca-Cola and jeans defeated the Soviet Union. Ten years later - that Hollywood settled in the heads of our children. Now we again humbly bow our heads - but now before the Turkish TV series, "Bayraktars" and the mysterious spirit of the "Eastern fairy tale".

How long will we retreat on our own land, abundantly watered with the blood of our ancestors, losing in the war of words and public opinion?