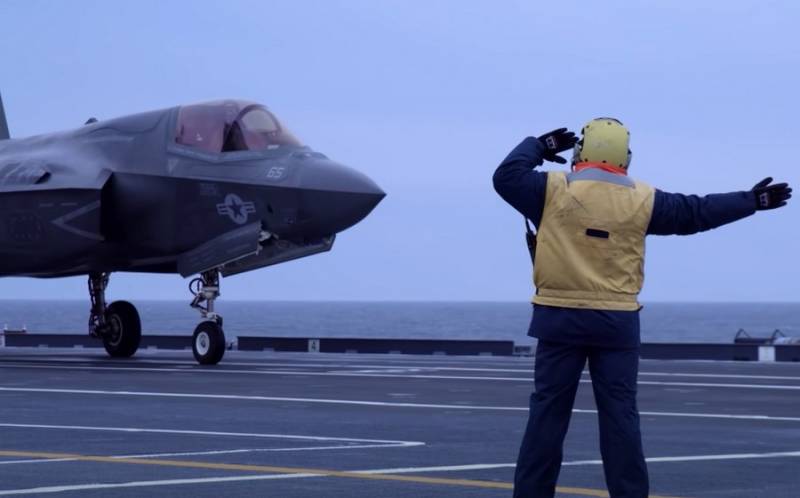 The Italian aircraft carrier ITS Cavour ("Cavour") has completed a test program with F-35B fighters and received a certificate of readiness to work with American aircraft. It is reported by defense-blog.com.


According to the portal, the aircraft carrier, which has been at the US naval base in Norfolk since February this year, completed test flights of F-35B fighters, thereby confirming the readiness to use the new wing. In total, 120 vertical landings, 115 takeoffs from a springboard and two vertical takeoffs were performed on the aircraft carrier's flight deck.

Now the aircraft carrier is ready to receive fifth-generation F-35B fighters with short takeoff and vertical landing and completely changes its air wing. In order to replace the deck aviation The Kavura Italian Defense Ministry previously ordered 30 additional F-35B fighters in the US for the Navy and Air Force, which will join the F-35A version already ordered. The first F-35B for the Navy was received in January 2018.


The new F-35B fighters will replace the outdated AV-8B Harrier attack aircraft that were part of the ship's wing. Before the modernization, the ship carried eight attack aircraft and 12 helicopters.

It is capable of transporting up to 100 units of wheeled vehicles, or 24 main combat vehicles. tank, or 50 heavy combat armored vehicles.
Ctrl Enter
Noticed oshЫbku Highlight text and press. Ctrl + Enter
We are
The Italian aircraft carrier "Cavour" will be upgraded to F-35B fightersIn Italy, questions arose about the purchase of the F-35В for the aircraft carrier "Cavour"
Military Reviewin Yandex News
Military Reviewin Google News
42 comments
Ad