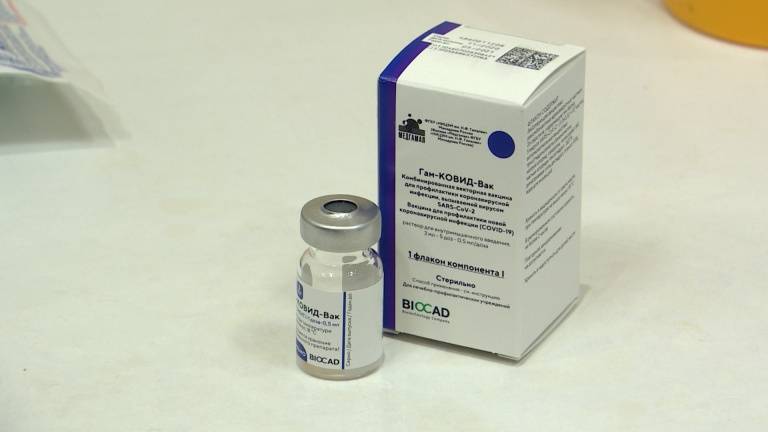 From the very beginning, the Europeans somehow went wrong with their own antikovid vaccine program. Employees of the world-famous Pasteur Institute in Paris at the end of January 2021 officially announced that they could not create their own vaccine against COVID-19. As it turned out, that vaccine is unable to induce an effective immune response in the body. This was revealed in the first phase of testing. And all would be fine, in medical science, such failures happen, but the Pasteur anticoid vaccine was the only one created in Europe. Another French vaccine from Sanofi is being investigated at preclinical stages, but it will have to wait at least until the end of the year. That is, on the eve of the expected third wave of coronavirus, the European Union found itself at a strategically very disadvantageous position. 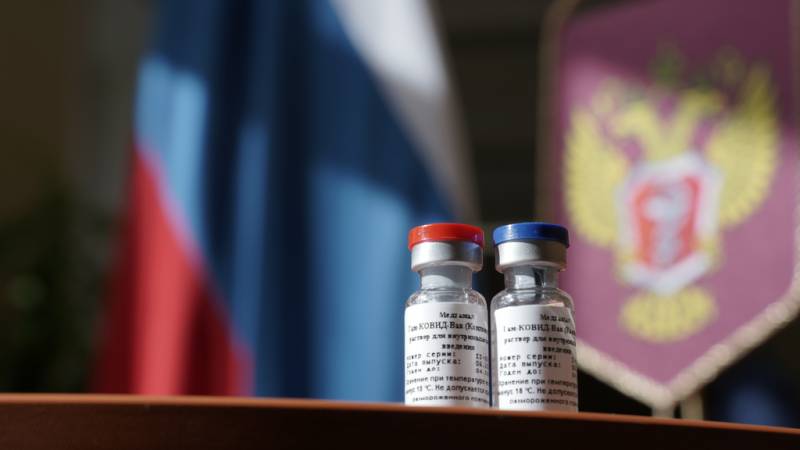 Photo: press service of the Ministry of Health of the Russian Federation
So far, Brussels has approved the use of four anticancer vaccines at once, none of which are 100% European. AstraZeneca is the fruit of a collaboration between the British and the Swedes, Moderns is from the United States, and Pfizer / BioNTech was developed by the Germans with the support of the American Pfizer. At the end of the second quarter of 2021, the fourth vaccine is expected, created by the Belgian Janssen Pharmaceuticals, which is the property of the American Johnson & Johnson. Naturally, all these companies are interested in such an extensive client base as the population of the European Union. But Europeans are not the only vaccine consumers on the planet, even if they are some of the most solvent.

Now in the Old World, a new wave of coronavirus incidence is flaring up, and the cause of this was the greed of Brussels. Even last year, the Europeans knocked out discounts on the American Moderna for a long time, which forced the manufacturer to put overseas buyers at the end of the list. Why waste time with a tight-fisted customer when everyone around is willing to pay more. For Europeans, the supply of 80 million doses of one of the world's best vaccines against coronavirus with a proven 95% effectiveness was disrupted. As a result, only 10 million doses of Moderna vaccine have now come from the United States. Another US manufacturer Pfizer, with whom it was agreed, delivered all the planned 66 million doses in the first quarter. However, things do not go further.

Pfizer is now shipping its vaccine to those willing to pay more. For example, Israel, which bought a batch of $ 25 per ampoule. For reference, the US buys from Pfizer at $ 20 per dose, and the Europeans at $ 15-19. The relationship between the Europeans and the manufacturer AstraZeneca was not easy. Brussels signed a contract for the purchase of 90 million doses of the British-Swedish vaccine AstraZeneca in the first quarter, but received only 30 million. The resulting deficit of 60 million is now very inappropriate - it could seriously hinder the formation of herd European immunity. 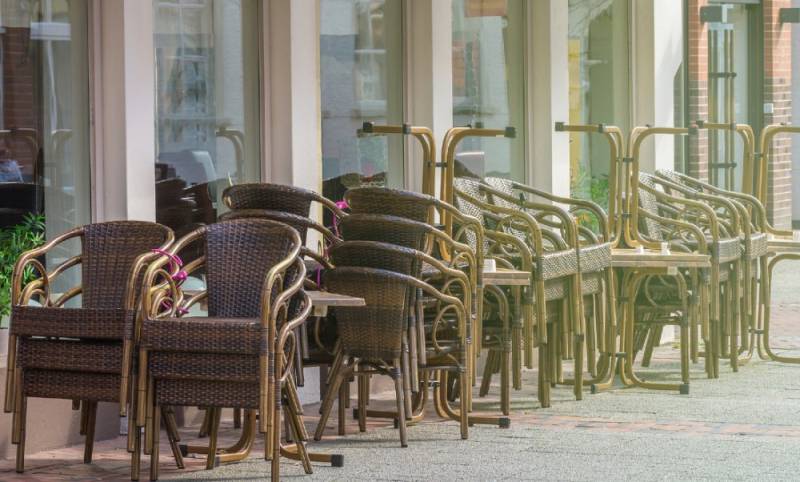 The European total lockdown may return. Largely because of the unreasonable position of the European Commission. Source: iamexpat.de
But Brussels not only wants to save money, but is also wary of the very theory of salvation from COVID-19 through vaccination. In Europe, there is a large proportion of the population skeptical about vaccines, and the leaders of the countries have to listen to them. For example, several EU countries have stopped vaccination with AstraZeneca due to the extremely unlikely risk of developing blood clots in the blood vessels. At the same time, there is no direct evidence of the effect of the vaccine on dangerous thrombus formation. In a situation where vaccines are in dire shortage in Europe, Germany, France, Italy, Ireland and several other countries are temporarily abandoning AstraZeneca. It is not surprising that the European public is being prepared for a new wave of COVID-19, new strains of the virus and new large-scale lockdowns.

Some sane Europeans still remembered the Russian Sputnik V vaccine and the Chinese Sinopham vaccine. And there are very good reasons for this. Currently, the vaccine from the Gamaleya Center has been approved in 50 countries around the world, and this is a population of almost 1,4 billion people. It is difficult to overestimate the financial and political dividends of Russia from the supply of the life-saving means to these countries. The European leadership also understands this, trying in every possible way to deal with COVID-19 on their own, without attracting help from Moscow. So far, as we can see, this is not very successful.

The obstinate desire to ignore Russia's successes in vaccination can be called a new kind of chauvinism. Russia, which in the eyes of the average European official looks like a third world country that can only sell hydrocarbons and rattle weapons, suddenly found herself in the world biotechnology top with Sputnik V. An exceptional democratic European West in this stories found himself in the role of a catch-up. They do not want to believe, because it should not be so.

The first to decide to end their own exclusivity in Hungary. At the moment, according to the Hungarian Foreign Ministry, about 1,4 million citizens have been vaccinated with Russian and Chinese vaccines since February. This is a lot for a country with a population of 9,7 million. It cannot be said that this somehow drastically affected the incidence within Hungary, but in comparison with other European countries, the epidemiological situation has stabilized. Most likely, the reason was the vaccines purchased in Russia and China. 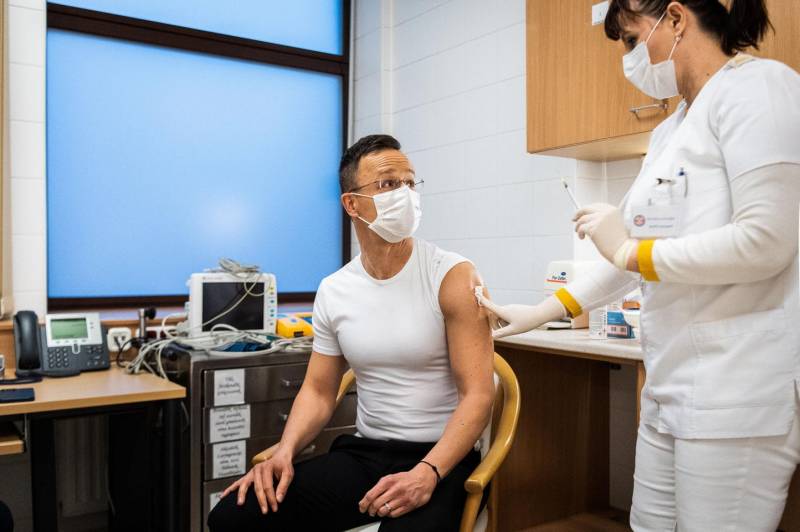 Hungarian Foreign Minister Peter Siyjarto has already been vaccinated with Sputnik V. Photo: facebook.com/Szijjártó Péter
To be sure, Sputnik V in Hungary has caused the European Commission to be angry. Peter Siyjarto, head of the Hungarian Foreign Ministry, spoke about a powerful lobby opposed to the Moscow vaccine. Budapest has already flown in from Brussels for "wrong" care for its own citizens through "wrong" vaccines.

To all questions about the time of registration of "Sputnik V", the European Medicines Agency refers to the complicated registration procedure and the unwillingness to allow the vaccine on the European market so far. No one in the medical agency hears the requirements and requests for certification according to a simplified procedure. Apparently, they are preparing for a new large-scale quarantine.

Officials from European medicine are ready to put the Russian vaccine into production on their own territory only 12-14 months after the approval of the main regulator. Obviously, there is no talk of buying Sputnik V at all - only production is under its own control. The European Medicines Agency is stalling for time in anticipation of new mythical supplies from the UK, USA and a new vaccine from Johnson & Johnson. At the same time, they make it clear to Moscow that they do not trust it. The European sense of self-exclusivity in all its glory. In the best traditions of sanctions diplomacy, Manuel Macron recently accused Russia and China of unleashing a new type of global war based on "the desire of Moscow and Beijing to influence with the help of vaccines." The French leader has probably forgotten about the European Union's desire to influence Russia with the help of sanctions?

The voices of common sense

Despite the pressure of the anti-Russian lobby, voices of common sense are heard on the European continent. The lives of EU citizens are clearly dearer than the political ambitions of Brussels. With this message, the Norwegian publication Resett advises the European leadership to turn to Russia for help. An article on this topic in the Norwegian edition was called "The EU has been fooled in the fight for vaccine doses." More precisely, to be honest, you can't tell.

The Norwegians, however, warn that an appeal to Moscow with a request to sell the vaccine will look like Canossavandring. This term is already several hundred years old and its meaning is well understood in the countries of Northern and Western Europe. It is associated with the emperor Henry IV, who in 1077 with repentance went to Canossa to Pope Gregory VII to ask him to return to the bosom of the church. By the way, Gregory VII then allowed the disgraced emperor to lead the Holy Roman Empire again. 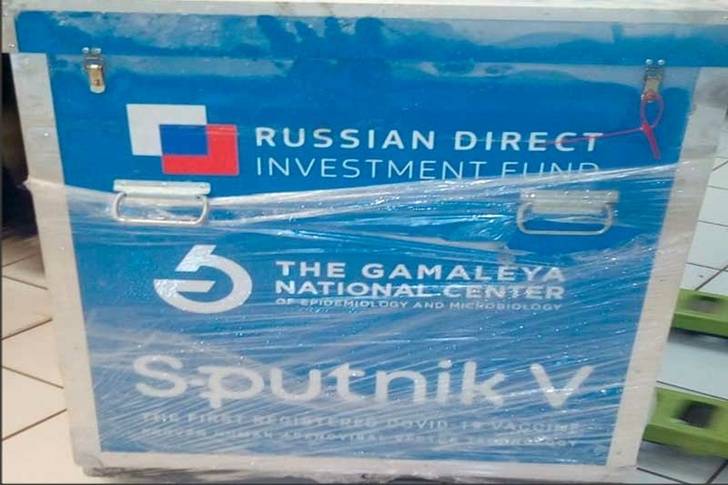 Exports of Sputnik V may become an important source of state revenue by the end of 2021. Source: click.ru
They echo the Norwegians in Germany as well. Health Minister Jens Spahn is confident that if a large batch of Sputnik V is not purchased in the very near future, Europe may not be able to cope with the third wave of coronavirus. Bavarian Prime Minister Söder Markus calls for the purchase of a Russian vaccine, which "in some cases is better than the vaccines that have already received approval." In Italy, Minister of Health Roberto Speranza was more diplomatic and offered to buy any antikidny vaccines, just to quickly ensure Europe's notorious herd immunity. And if Sputnik V is the vaccine, then so be it. Austrian Chancellor Sebastian Kurz adheres to a similar point of view.

They are coming to an understanding of the need to purchase "alternative" vaccines even in the European Commission itself. Thierry Breton, responsible for the European internal market, gave a positive review of the vaccine and even proposed to release it in the EU. His words:

"Among the candidates (listed)" Sputnik V "," Sputnik V "is a good vaccine, because there are very good scientists in Russia."
Europeans showed their stinginess when they missed tens of millions of doses of the American vaccine Moderna. Bureaucratic delays and political conditions are becoming an obstacle to purchasing vaccines in Russia. It is likely that when the true price of such stubbornness reaches Brussels, all production facilities in Russia will be loaded with orders for the Sputnik V satellite.

And then Moscow will have to make a difficult decision and choose - whether to help build collective immunity in Europe or continue to vaccinate its own Russian population and not limit the sale of the vaccine to its long-term and reliable partners?

Ctrl Enter
Noticed oshЫbku Highlight text and press. Ctrl + Enter
We are
About Stalin and KhrushchevWhat you didn't want to know about England
Military Reviewin Yandex News
Military Reviewin Google News
139 comments
Information
Dear reader, to leave comments on the publication, you must sign in.