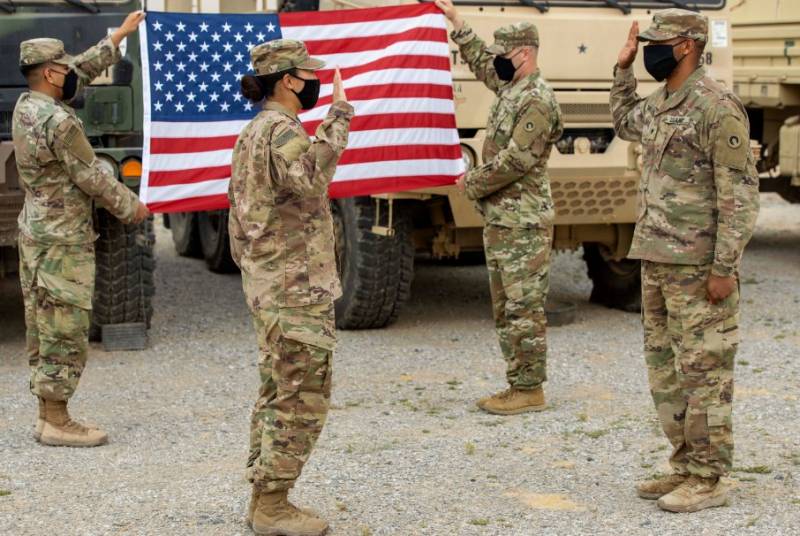 The United States, arguably the militarily strongest state, is leaving Iraq today and is unable to influence the situation in Afghanistan. There are many reasons for this, but one of the main ones is the actions of American politicians.


This is how the American expert Lawrence Korb argues in his article published by the National Review magazine. In it, the author discusses an article by another colleague, Bing West, published by the same publication, and tries to find out why the United States stopped winning wars.

Both experts are well versed in the matter, because they have a relationship in military service. In addition, each of them had a chance to visit Vietnam, Afghanistan and Iraq, where the United States turned out to be the losers in wars. Moreover, American experts themselves say that Washington lost in the Iraqi and Afghan wars. It is noted that in Afghanistan, terrorists still control vast territories, and Washington is forced to make concessions to them and look for ways to withdraw troops. Although at one time, in the same situation, the States declared the USSR the defeated.

West believes that one of the main reasons for the defeat of the United States in the Vietnam War lies in the fact that it began on a far-fetched occasion. America launched hostilities in Indochina in response to an alleged North Vietnamese attack on a US Navy ship in the Gulf of Tonkin. The same was done later with Iraq, falsely accusing it of developing weapons mass destruction. These weapons, by the way, were never found. And the country lies in ruins. A strange "victory", if you can call it that. But there is control over Iraqi oil, which, apparently, was the main target of the attack. But the proceeds from the sale of this oil do not go to the US budget at all, but are distributed between American business tycoons and, in fact, their private military companies.

The American press also writes that in the wars in Vietnam, Iraq and Afghanistan, the US armed forces had no chance of winning.

Having unleashed the Vietnam War, US politicians did not take into account the lesson that the French learned in that country in 1954. In addition, a powerful anti-war movement in the United States itself had a huge impact on the American authorities, forcing them to withdraw their troops.

In Iraq, too, everything was predetermined, but for a different reason. Even before the introduction of American troops, Washington concluded an agreement with Iraq that the military contingent would leave the country in 2011. True, then everything dragged on, but even after such a long time, the US army, supposedly the strongest in the world, is still suffering senseless losses.

In Afghanistan, the United States could do something if it could change this country. But they did not have the slightest chance to do this. Therefore, the contingent there is simply engaged in self-defense there and is able to control only its bases, which are somewhat reminiscent of besieged fortresses.

Lawrence Korb makes a disappointing conclusion for American politicians and the military. He believes that the US military has long been unable to "spread democracy" around the world. Is there this democracy in the United States itself? What's left of her? ..

Author:
Sergey Kuzmitsky
Photos used:
The US Department of Defense