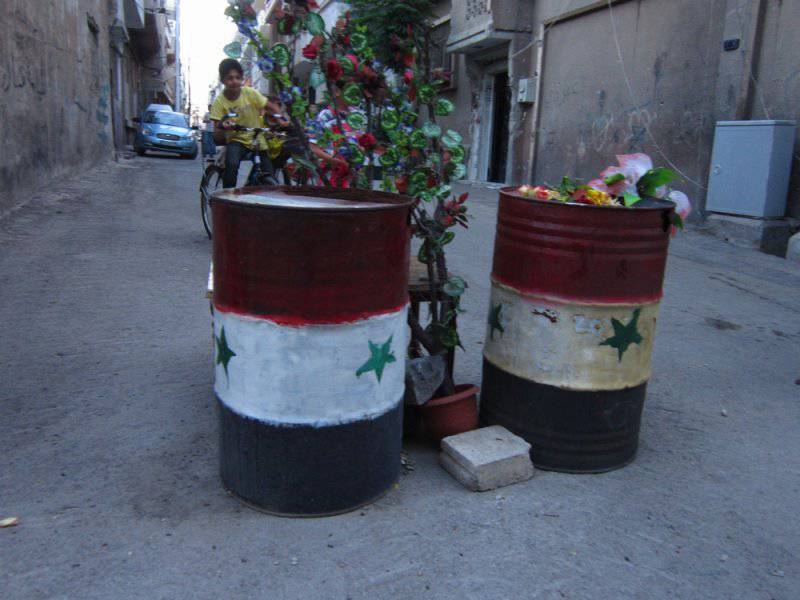 10 years ago, the Middle East region was shocked by terrible events that affected the whole world, knots were tied that have not yet been untied. On March 15, 2011, riots began in the Syrian city of Daraa - since then, this date is considered to be the beginning of a terrorist war against the SAR. And on March 19 of the same year, the North Atlantic Alliance attacked the Libyan Jamahiriya - there is still no need to talk about peace in this country. A difficult decade for the Middle East.

As a matter of fact, in Libya, the riots began earlier - on February 17, 2011, but the country had every chance to get out of the crisis quickly and with a minimum number of victims. The situation was developing rapidly - the seizure of cities by the rebels, the same rapid liberation by the military. And by March 17, the troops of the Jamahiriya were already near the capital of the rebels - Benghazi. This alarmed the Western "public", more precisely, the Western elite - they did not count on such an early end of the war against one of the states included by the United States in the so-called axis of evil. A hastily convened meeting of the UN Security Council, deliberate pressure in the media, pushing through the Security Council Resolution No. 1973 - all this was done ostensibly to prevent the mass death of people whom, as the West claimed, the "dictator Gaddafi" was preparing to kill in Benghazi. But the victims of the US and NATO aggression are, as always, called “collateral damage” there, even if there are much more of them than the possible number of killed rebels.

However, if you look back, you need to remember that the initiators of the anti-Libyan aggression were not even the United States. Most of all, France insisted on the attack. The secret was simple - later the then French President Nicolas Sarkozy was even tried for the fact that his election campaign was sponsored by the Libyan leader Muammar al-Gaddafi. Of course, not for "pretty eyes", but for supporting the peaceful atom program. The “gratitude” from Sarkozy turned out to be quite peculiar. (However, in that case, the ex-president of France fought back, but it seems that luck leaves him - this case turned out to be not the only one. Only for the aggression against a sovereign state, which entailed thousands of casualties among civilians, unfortunately, at this stage no one will judge him will not).

From the Arab world, only Syria opposed the attack on the Libyan Jamahiriya, refusing to approve the anti-Libyan resolution of the Arab League. Algeria abstained, the rest obediently voted the way the West expected of them.

As you know, the fire of the war, called the "Arab Spring", spread to Syria.

Looking back ten years ago, one might wonder if there was a way for Syria to avoid years of debilitating war? Perhaps it was worth quelling the rebellion more forcefully at an early stage. But in this case, there was a negative Libyan experience - too decisive suppression of the militants created a pretext for merciless aggression from the collective West.

But too soft treatment of the rebels had a negative impact - from demonstrations, the "opposition" too quickly moved to pogroms, from pogroms to terrorist acts, and then to the capture of cities.

There was a moment when Syria was directly facing the threat of the Libyan option - this is August 2013. Then a grandiose provocation was carried out in the East Ghouta region of Damascus province. The United States accused the Syrian authorities of a "chemical attack" and, abandoning any investigation, intended to launch a direct large-scale aggression.

However, this would not be quite a Libyan option. The attack on Jamahiriya was covered by a "piece of paper" - a Security Council resolution. In which, however, nothing was said about the bombing, but the North Atlantic Alliance interpreted it in a very peculiar way, clinging to the mention in the document of "other measures" necessary to protect the civilian population.

Aggression against Syria, if it took place in August 2013, would be similar to the US and NATO crime in Yugoslavia, where there was not even such a "fig leaf" from the UN Security Council.

Only Russia, playing a delicate diplomatic game, stopped the hand of the natofascist punishers. It remains only to regret that this was not done with regard to the now deceased Libyan Jamahiriya.

The war against Syria is far from over. It has already gone through several stages - after the failed aggression, the United States tried to use one of the darkest forces against the rebellious country - the Islamic State (IS, aka ISIS, is banned in Russia). But the IS militants went against the owners themselves, and the project had to be urgently curtailed. This was followed by a series of minor provocations and minor acts of aggression in 2018 and 2019. under the same pretext - chemical weapons.

Even the newly-minted US President Joe Biden has already managed to "check in", inflicting airstrikes on Syria on February 26 this year (here is the answer to the question, who is the killer!).

The war of attrition against Syria continues - not only militarily, but also politically and economically. The threat of new provocations related to chemical weapons... For ten years now, the small country has resisted attempts to make it a "second Libya" (or "third Yugoslavia"). For ten years, through the fault of Western politicians, the Syrian people have been experiencing incredible suffering. But Syria did not fall. Both thanks to the heroism of their warriors and defenders, and thanks to Russian valor. Despite many complaints against the Russian leadership, one can only be proud of the feat of Russian soldiers and officers on the distant frontiers. After all, there is a defense not only of Syria. This is the protection of the last remnants of international law. This is a defense of the elementary principles of justice. This is the protection of all values, thanks to which humanity is still alive, in spite of those who would like to turn the whole world into a destroyed Libyan Jamahiriya for the sake of their own selfish interests.

Ctrl Enter
Noticed oshЫbku Highlight text and press. Ctrl + Enter
We are
A great interview with Sergey Lavrov: about Ukraine, Obama and IranList of destroyed the largest and most high-tech enterprises
Military Reviewin Yandex News
Military Reviewin Google News
30 comments
Information
Dear reader, to leave comments on the publication, you must sign in.