Chance or fiasco for the United States: on the likelihood of war between Russia and Ukraine 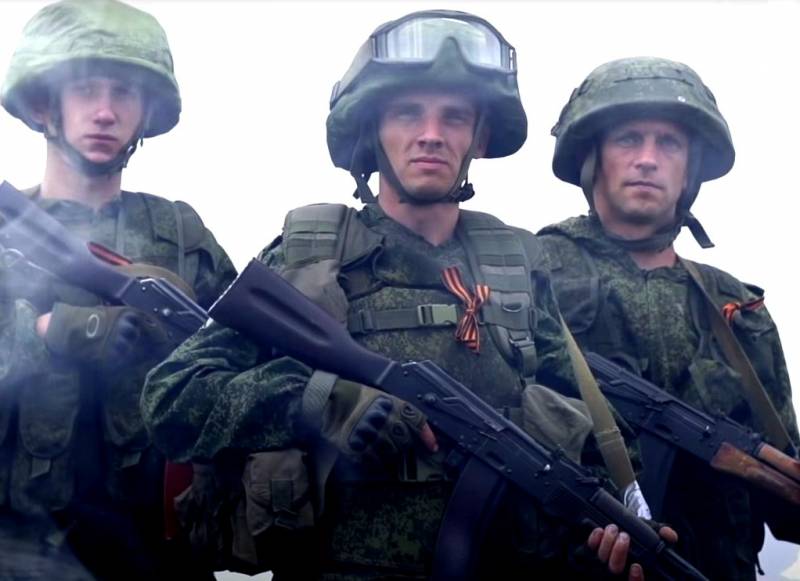 The situation in Donbass is again in the spotlight: the media are spreading footage of the transfer of Ukrainian troops, including armored vehicles, to areas bordering on the people's republics, and Kiev and the republics accuse each other of violating the Minsk agreements. It is possible that from a relatively sluggish phase, the confrontation in the Donbass may again develop into a larger-scale armed conflict.


Everything will depend on the position of Washington behind Kiev. Of course, the Americans are interested not so much in the suppression of the militias and the inclusion of the people's republics in Ukraine, as in the possibility of pushing Ukraine and Russia head-on. So, about the likelihood of a real war.

Ukraine is a large Slavic state in terms of territory and population. If it entered into an armed conflict with Russia, then such a development of events could be a real gift for the American side: a full-scale war near its borders is clearly not part of Moscow's plans, but there would be nowhere to go. Another thing is that there is a colossal risk that the Russian armed forces will quickly defeat the Armed Forces of Ukraine and establish control over most of Ukraine. And this will be a complete fiasco for the United States. They will fight back, perhaps, with new sanctions. It is the fear of such a scenario that is keeping the American administration from setting Ukraine against a neighboring state so far.

The balance of power between Russia and Ukraine, at least at the current moment, is the main argument in favor of the unrealistic nature of the war between neighboring countries. First, Europe is not at all interested in such a war: France and Germany will do everything possible to prevent a new large-scale conflict with the most sad consequences erupted in the east of Europe. 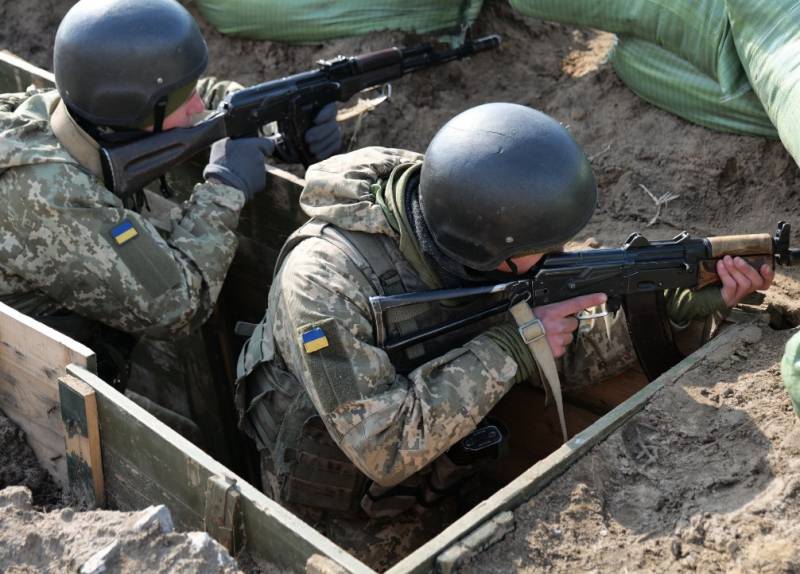 Secondly, if we talk about Washington's position, the Americans also perfectly understand the disastrous outcome of such a confrontation for Ukraine. In case of war, Russian troops will most likely reach the Dnieper, and then Moscow will control practically all of southeastern Ukraine. This, by the way, will make it possible to solve both the economic problems of providing Crimea with water and the political problems of uniting the Russian-speaking population.

What to expect from the USA

If Russia defeats Ukraine and takes control of most of its territories by installing a friendly or even neutral government in Kiev, then all the many years of US efforts to withdraw Ukraine from Russian influence will be in vain. After all, even the currently still valid Minsk agreements were signed at one time in order to stop the LPR and DPR, which were quite successful in battles with the Ukrainian army.

Since Ukraine will not be able to defeat Russia on its own, Washington will either have to tacitly watch its defeat, or come to Kiev's aid. But the second option is a direct conflict with Russia, the Third World War, with the inevitable use of nuclear weapons... If Joe Biden has not yet overtaken age-related changes, and there are relatively adequate people in his environment, then no one will go to such a scenario in the White House.

Another thing is that the Americans could be arranged by the smoldering conflict in the Donbass, without any prospect of appeasement. Indeed, in this case, the United States would retain the ability to constantly present claims to Russia, impose sanctions, increase its military presence in Eastern Europe, and raise defense spending under the banner of helping "freedom-loving Ukraine."

By the way, American experts themselves admit that the likelihood of direct confrontation between Russia and Ukraine is rather doubtful: the Council on Foreign Relations and the US Center for Preventive Action in January 2021 assessed the prospect of a war between the two countries as moderate, but at the same time emphasized the high likelihood of an aggravation of the situation in Donbass. So, even in the United States itself, they have not yet fully decided what the real Russian-Ukrainian war will be for Washington - a chance or a fiasco, but the fact is that for the United States it will definitely not pass without a trace.

Ctrl Enter
Noticed oshЫbku Highlight text and press. Ctrl + Enter
We are
A great interview with Sergey Lavrov: about Ukraine, Obama and IranWhat you didn't want to know about England
Military Reviewin Yandex News
Military Reviewin Google News
146 comments
Information
Dear reader, to leave comments on the publication, you must sign in.