Chief of Staff of the Indian Armed Forces: We have to maintain a war strategy on two and a half fronts 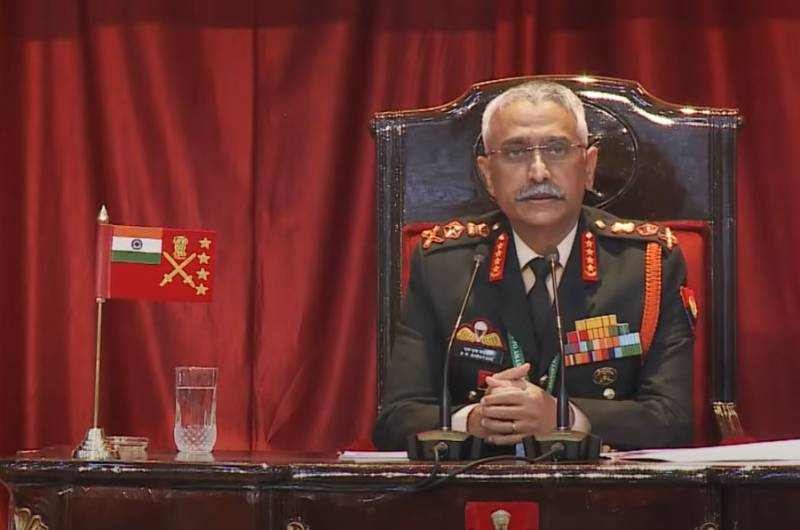 Chief of the General Staff of the Indian Armed Forces, General of the Army Manoj Mukund Naravane, made a statement regarding the withdrawal of Indian and Chinese troops from the border lake Pangong in the disputed region of Ladakh.


According to the Indian general, the withdrawal of forces and assets from Lake Pangong is a win-win option for both countries - both India and China. Naravane noted that such a withdrawal was preceded by a lot of work that was carried out by both the military and diplomats of the two countries. In particular, the discussion was held by the Foreign Ministries of India and China.

At the same time, M. Naravane said that today India "has to support the strategy of war on two and a half fronts." The "first front" is China, the "second front" is Pakistan. And what, in the opinion of the chief of the Indian General Staff, is “half of the front”?

General Narawane said that in this case it is about ensuring the internal security of India itself. In particular, the need to counter terrorism was noted.

Indian general on the withdrawal of troops from the southern and northern shores of the high-mountainous lake Pangong:

A delimitation took place. I think this is a very good end result. This is a win-win situation. In order for any agreement to remain lasting, both parties must feel that they have achieved something. I consider this a good outcome of 10 rounds of negotiations.
According to the General of the Indian Armed Forces, this will allow India "not to scatter efforts, concentrating them on the most difficult areas."

Manoj Mukund Naravane noted that in the future, issues of de-escalation in other areas will be discussed.

Recall that the situation in Ladakh (Aksaychin) has seriously deteriorated after a clash between Indian and Chinese servicemen last year. Then the parties suffered losses. Initially, it was reported about the use of small arms weapons, but then it turned out that the soldiers of the two armies engaged in hand-to-hand combat and used sharpened metal rods, stones and sticks.
Ctrl Enter
Noticed oshЫbku Highlight text and press. Ctrl + Enter
We are
Reports from the militia of New Russia for 27-28 September 2014 of the yearYuri Drozdov: Russia prepared the role of the sacrificial calf
Military Reviewin Yandex News
Military Reviewin Google News
24 comments
Information
Dear reader, to leave comments on the publication, you must sign in.