Heisem Topalja, who was suspected of supplying weapons and sarin to Syrian militants, died in Turkey 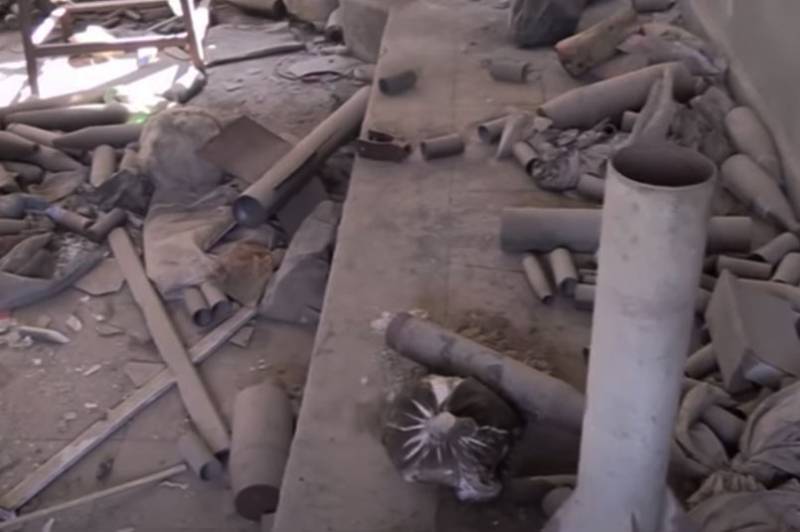 The Middle East press publishes stories about a "strange" car accident. This topic is particularly noteworthy as the message states the following:

A few days ago, Turkish citizen Heisem Topalca died in a car accident under strange circumstances. This man was called a "ghost commander" and his activities were associated with Turkish intelligence.
It is known that Topalja acted as one of the main smugglers weapons to Syrian territory. His activity in this regard has been recorded since 2011.

It is surprising that in Turkey several criminal cases were initiated against Topalci, there were several warrants for his search and arrest. Some time ago he was sentenced in absentia to 12 years in prison. At the same time, it remained a mystery how, in the presence of arrest warrants and the verdict that came into effect, Heisem Topalca moved almost unhindered both within Turkey and across the Turkish-Syrian border and back.

The Ahval news service writes that Topalja was suspected of supplying sarin gas to militants in Idlib province. Recall that on April 4, 2017, a chemical attack took place in the city of Khan Sheikhun. At least that is how the situation was described in the Western press. Then representatives of the armed opposition and international structures rushed to accuse the Syrian armed forces and Bashar al-Assad personally of using sarin. However, later in Syria, the name of Heisem Topalji began to appear, who constantly shuttled between Idlib and Turkey. According to one of the versions, it was he who delivered the poisonous substance to the militants to carry out a large-scale provocation.

On February 10, at about 9 pm, a passenger car in which Topalca was with several escorts collided with a truck with license plate 06 KH 8433 on the road near the city of Konya (Turkey), near the village of Merdivenli. After interrogating the truck driver, the police released him, and the bodies of the dead were buried the same day in Hatay province.
It is reported that the real name of Heisem Topalji is Heisem Kassap. In Syria, he is known under the pseudonym Abu Salah. Middle Eastern experts associate his ability to freely move around Turkey and his active activities related to the smuggling of weapons with possible involvement in the activities of the Turkish special services.

According to the latest data, only from 2011 to 2014, Topalca made a total of 873 crossings of the Turkish-Syrian border. At the same time, he was a regular participant in gatherings of field commanders of the pro-Turkish "Syrian Free Army" and militants "Dzhebhat al-Nusra" (a terrorist organization banned in Russia).

A 12-year term was assigned to this man by a Turkish court in connection with accusations of involvement in the explosion in the city of Reyhanli. The verdict also contained information that Topalji was found to have “a cargo in the form of chemical warfare agents”. Then the lawyers said that the police "confused" the usual antifreeze with a chemical warfare agent.
Ctrl Enter
Noticed oshЫbku Highlight text and press. Ctrl + Enter
We are
Yuri Drozdov: Russia prepared the role of the sacrificial calfDecember 2010 years. Russian March. Senseless and merciless? Notes not a Russian person
Military Reviewin Yandex News
Military Reviewin Google News
33 comments
Information
Dear reader, to leave comments on the publication, you must sign in.