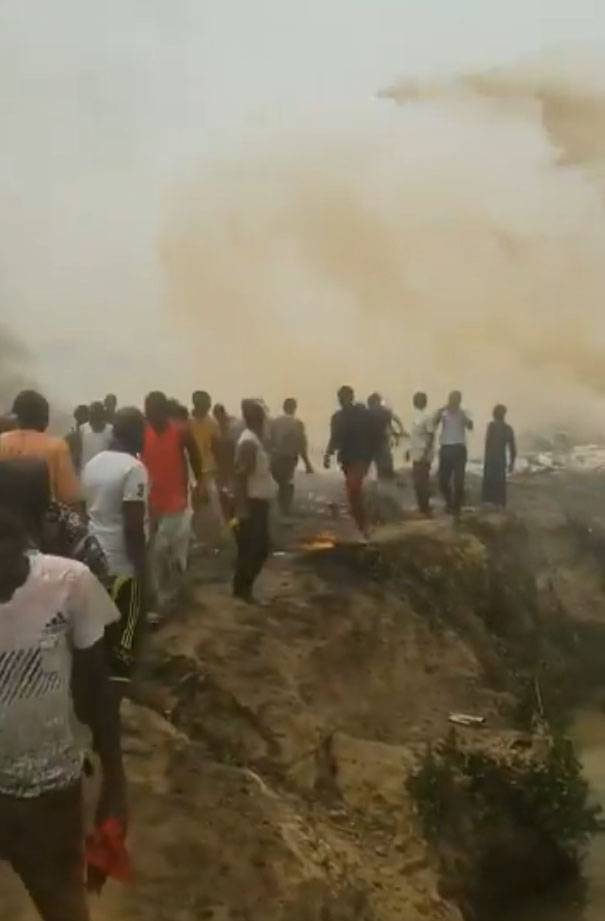 Information about the crash of a Nigerian Air Force plane near the capital of this African country has been confirmed. According to the latest information, survivors in aviation no disaster.


Nigerian media reports suggest the KING AIR 350I turboprop aircraft used by the Nigerian Air Force command. The flight range of such an aircraft is about 3,3 thousand km. It can take up to 9 passengers on board.

Different sources publish different information about the number of victims of the disaster. One of the Nigerian channels reports seven deaths. According to TV Nigeria, seven people were on board the plane.

The reports say that the plane was returning to the capital of the country - the city of Abuja. At the same time, the pilots reported problems with the engine. After that, communication with the board was lost. He collapsed, not reaching a few kilometers to the airfield in Abuja.

According to the latest information, the aircraft was controlled by a senior lieutenant of the Nigerian Air Force. His surname is called - Gazama.


The footage from the crash site of the plane that was part of the Nigerian Air Force is published:

Ctrl Enter
Noticed oshЫbku Highlight text and press. Ctrl + Enter
We are
Reports from the militia of New Russia for 27-28 September 2014 of the yearInterview of Vladimir Putin with Radio Europe-1 and TF1
Military Reviewin Yandex News
Military Reviewin Google News
15 comments
Information
Dear reader, to leave comments on the publication, you must sign in.