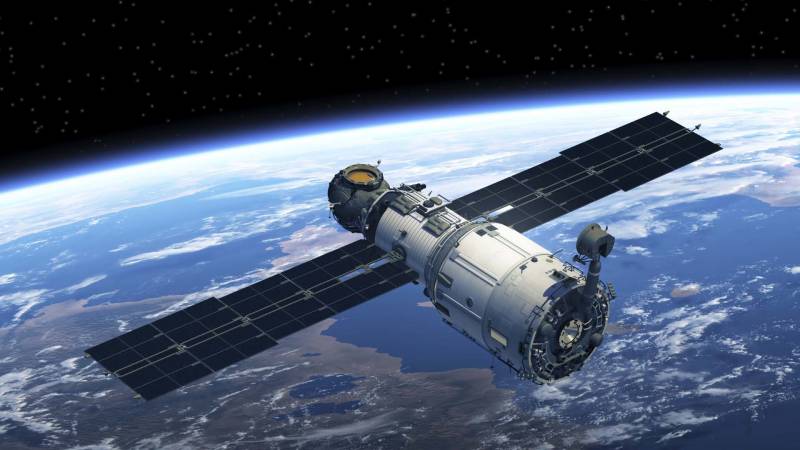 A direct and obvious threat

Near-earth orbit is very beneficial for attacking strategic objects of any country. A similar approach was developed by the US military with reusable Space Shuttle in the 70s and 80s of the last century. According to Soviet military analysts, the shuttles could well have been used as orbital bombers. To do this, the Space Shuttle, while passing over the territory of the USSR, had to dive into a low orbit and aim nuclear charges at strategic targets. The time of arrival was so rapid that no missile defense system could respond. The secret shuttle Kh-37B is probably capable of something similar now. 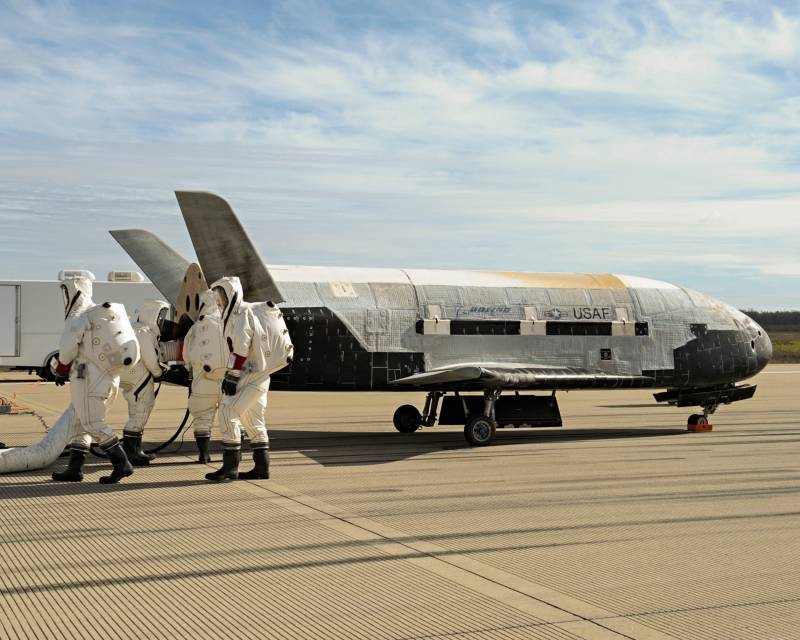 What the X-37B does in orbit is not fully known. Source: anna-news.info
Also, the minds of military experts were alarmed by the potential for interception of Soviet reconnaissance satellites by American shuttles. As is known, the Buran project, which is extremely expensive for the USSR, was born as a symmetrical response to a potential threat in space. The involvement of the Soviet Union in the race to militarize outer space was quite successful for the United States. And now, obviously, we are witnessing the second round of this confrontation.

Naturally, in the XNUMXst century, Russia and China were designated as the main culprits in the activation of the Americans in orbit. When Trump set up the United States Space Command (SpaceCom), he stated:

“Our adversaries [Russia and China] are equipping Earth's orbits with new technologies targeting American satellites, which are critical to both combat operations and our peaceful way of life. The freedom to operate in space is as important to us as the ability to detect and destroy any missile launched against the United States. "

It was not enough for Trump to simply be present in space, it was necessary to dominate in this area over everyone else. 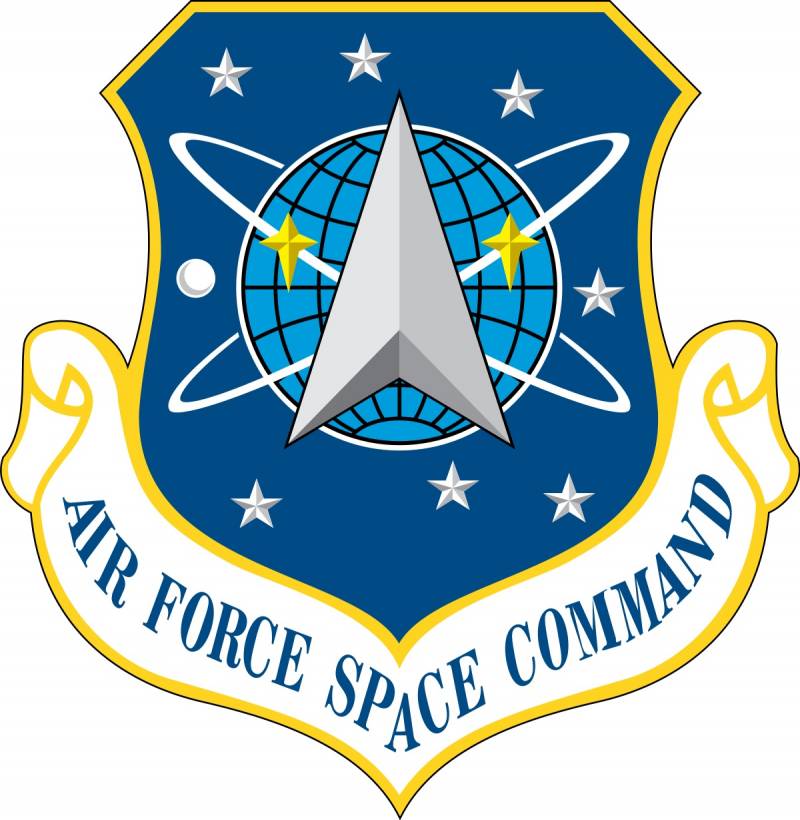 Source: wikipedia.org
The Pentagon, in accordance with the doctrine of the US Space Forces, considers near space as a priority staging area for the deployment of sensors for detecting launches of intercontinental ballistic missiles. At the same time, it is important for the Pentagon to ensure the secrecy of finding satellites in orbit. In this regard, the example of drones, which have become a real threat to the modern battlefield, is indicative. With its small size, the UAV is practically invisible to standard radars and can behave with impunity in the air. Particularly dangerous are drones assembled in numerous collectively controlled groups. In full accordance with this logic, DARPA is ready to implement the Blackjack project this year. The Americans plan to launch into orbit up to 200 small-sized (each weighing up to 150 kg) and inexpensive reconnaissance satellites, united by a common communication channel. According to the plans of the developers, Russian observation systems will not be able to detect such small objects in space. Just as they will not be able to use modern anti-satellite weapon... The cost of the scouts is so low that the Pentagon will literally not mind losing individual devices, especially since the place of the retired one will immediately be taken by a reserve satellite. 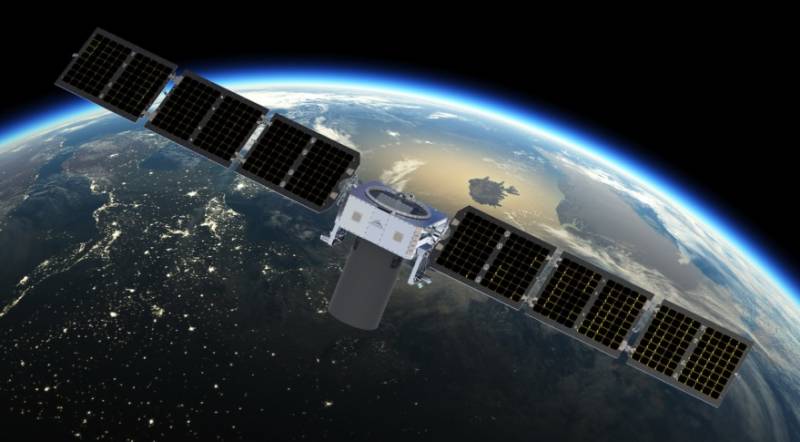 The X-SAT series satellites will form the backbone of the Blackjack constellation. Source: spacenews.com
At the end of last year, Blue Canyon Technologies (the main developer of Blackjack) presented to the DARPA agency the first copies of the X-SAT series modified for military needs. If the cost of the first contract is to be believed, each of the four Blackjack satellites ordered by DARPA will cost less than $ 5 million. A very budget solution for military space objects. The first launches are planned for August this year. Over time, the Blackjack group should replace the Misty and KH-11 series reconnaissance orbital vehicles.

The next logical step for the Americans will be the deployment of orbital intercept systems. This is far from news - since the Cold War, both the USA and the USSR have considered the possibility of destroying enemy ICBMs from space. But back then, the constraining factors were the excessive cost and technical imperfection of the proposed solutions. Even now, the potential of American orbital solutions will not allow intercepting more than 30% of Russian missiles in case of war. On the one hand, an average of seven out of ten ICBMs will still survive, and this will be very sensitive for North America. But there are ground-based anti-missile systems in Europe and on NATO ships, which are also capable of “pinching off” part of Russian ICBMs. As a result, the aggregate retaliatory (preemptive) strike of the Strategic Missile Forces will be much weaker than planned.

According to a number of experts, in particular, the American political scientist Sergei Sudakov, Russia should react harder to the expansion of the American presence in space. The Biden administration must understand that the further escalation of tensions in space can be regarded by Moscow as a full-fledged "pretext for war." Now is the time to mark the red line that military astronauts should not cross.

Such a serious obsession with space domination by the United States can cost the Americans dearly. Up to 80% of the world's total space budget is accumulated in the US space programs. NATO and the Pentagon are very dependent on satellite constellation, which means that without GPS and other "signs of civilization" the military will be practically defenseless. According to the American National Security Commission, the United States has been the most dependent on space since the mid-2000s. Global disruption and sabotage can lead to a massive disaster in civil and military infrastructure. In this regard, it seems logical to search for opposition to the world space hegemon.

If it is expensive and difficult to hit spy satellites from Earth, then they can be shot from hunter satellites. This was relevant forty years ago, and is quite applicable now. More recently, the 23-mm automatic cannon for the Salyut-3 orbiting space station of the Almaz series made a lot of noise in the American media. The Drive was able to examine the anti-satellite weapon during Sergei Shoigu's visit to the MIC NPO Mashinostroyenia. This happened at the beginning of 2021 and was associated with monitoring the implementation of the state defense order. 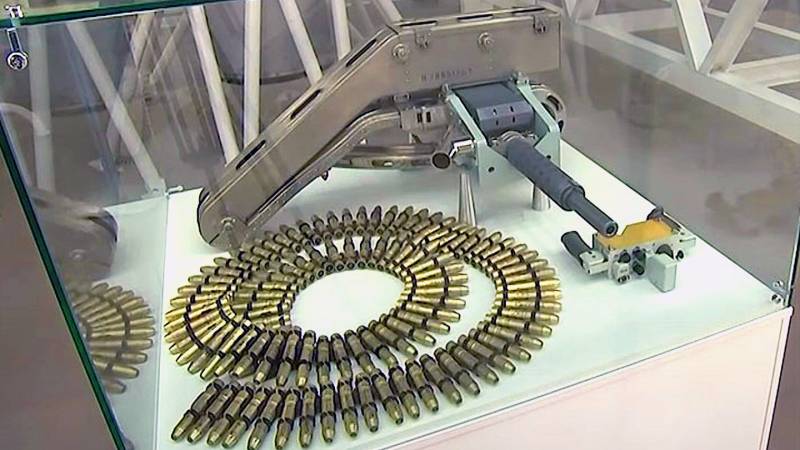 Space gun NR-23. Source: thedrive.com
In the workshops of the enterprise at a special historical The exposition lit up an automatic cannon of 23 mm HP-23 designed by Nudelman-Richter, structurally adapted for space conditions. Despite its age (several decades), the space gun has not yet lost its relevance and is capable of guaranteed neutralization of any space object. The NR-23 shoots in zero gravity with aiming almost three kilometers at a speed of 950 rounds per minute. Each projectile weighs 200 grams and accelerates to 690 m / s. The simplest knowledge in physics suggests that at the first shot, the recoil impulse will carry the gun carriage away from the target. To compensate for the gun impulse on the Almaz series vehicles (by the way, it was habitable and weighed up to 18 tons), propulsion engines with a thrust of 400 kgf each or stabilization engines of 40 kgf were used. 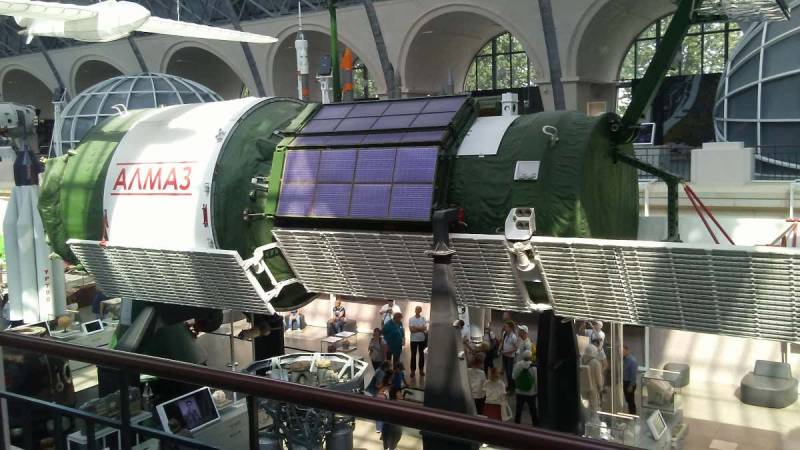 Spacecraft "Almaz". Source: thedrive.com
In the past year, the bosses of the Pentagon's space program have repeatedly accused Russia of the aggressive behavior of satellites. Allegedly, some inspection vehicles approached the KH-11 spy satellites. And the object classified as Cosmos 2543, on July 15, 2020, actually fired a shot in space! Whether it was the Nudelman-Richter cannon, the United States Space Command is silent. But they claim that the Kremlin's aggressive strategy in near-earth orbit is based precisely on firearms.

Supposed scenarios for the destruction of satellites. Source: thedrive.com
Cannon fire is not the only way to destroy enemy satellites. According to the US Office of Military Intelligence, there are at least six more options for destruction in orbit. This can be directed microwave research, electronic jamming, high-energy lasers firing, launching mini-killer robots, spraying with caustic chemicals and even a primitive, but no less deadly, ramming. In the eternal confrontation between the projectile and the armor, a new round is evidently outlined, and it will happen already in zero gravity.

Ctrl Enter
Noticed oshЫbku Highlight text and press. Ctrl + Enter
We are
Situational analysis of the death of the MH17 flight (Malaysian Boeing 777), made on the basis of engineering analysis from 15.08.2014Results of the week. “In our cooperative, the board is always agreed”
Military Reviewin Yandex News
Military Reviewin Google News
64 comments
Information
Dear reader, to leave comments on the publication, you must sign in.