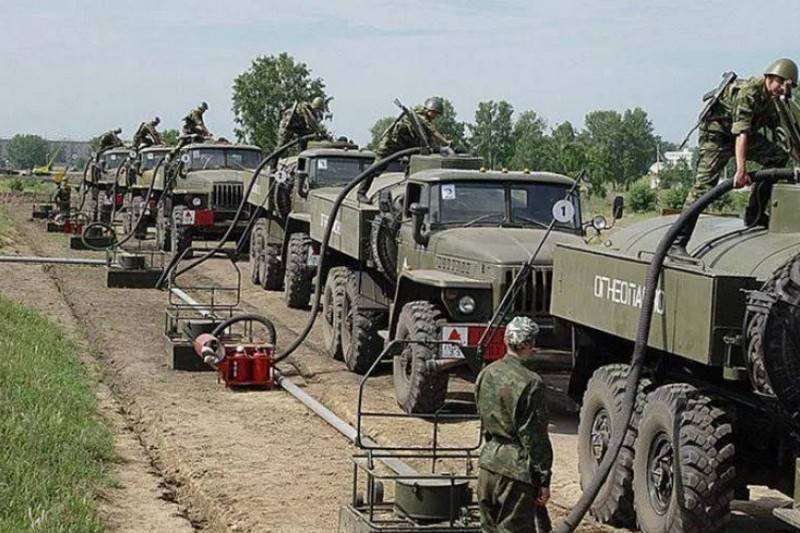 On February 17, representatives of the Fuel Service of the Armed Forces of the Russian Federation celebrate their professional holiday.


The Fuel Service is one of the youngest Logistics Services of the RF Armed Forces. The main and most important task of this service is the supply of fuels and lubricants (POL) and rocket fuel to the troops, ensuring the functioning of military equipment and weapons both in peacetime and in combat conditions.

The first head of the Fuel Supply Department was Nikolai Nikolaevich Movchin (1896-1938). It was Nikolai Nikolaevich who initiated the creation of the prototype of the fuel service, forming the first structure for the supply of fuel to the Workers 'and Peasants' Red Army (RKKA). In 1938, Movchin was arrested in the "Tukhachevsky case" and was subsequently shot, rehabilitated in 1956.

The massive equipping of the Red Army with military equipment has significantly increased the need for fuels and lubricants. In 1937, the new service began organizing fuel depots, organizing a whole network of military and district fuel depots. The need for a continuous supply of troops was proved during the hostilities near Lake Khasan and on the Khalkin Gol River, as well as during the winter war with Finland. 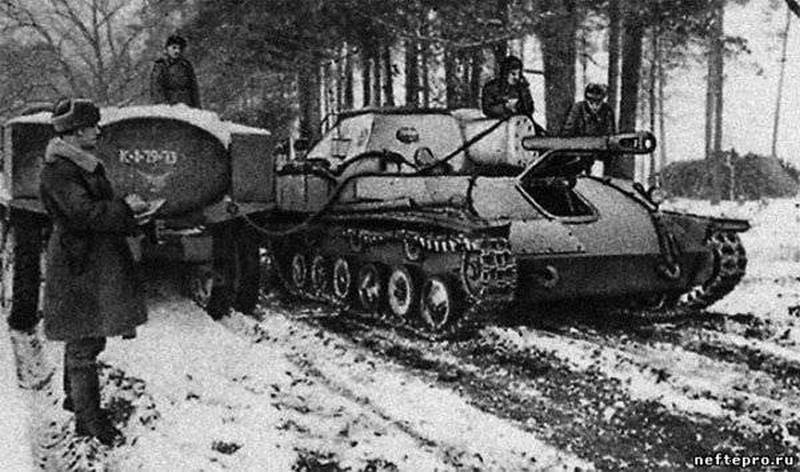 During the Great Patriotic War, timely delivery of fuel often decided the outcome of battles. The servicemen who were part of the Fuel Service units often performed real feats, transporting fuel for military equipment directly to the front line. Being in the shadow of the glory of pilots, tankers, sailors - they made their invaluable contribution to the approach of Victory.

Since the introduction of the missile weapons, the Fuel Service was given a new task to provide troops with liquid rocket fuel. To develop new technologies in 1946, the Scientific Research Institute of Fuels and Lubricants (SRI GSM) was opened, today it is the 25th State Scientific Research Institute of the Ministry of Defense of the Russian Federation.

Of course, one cannot ignore the activities of the Fuel Service in "hot spots". The servicemen provided the Soviet troops in Afghanistan with fuel and lubricants by building field trunk pipelines, which were one of the main targets of the "mujahideen". Day and night, service specialists eliminated the consequences of shelling and sabotage, ensuring the delivery of the necessary fuel. During the war in Afghanistan, specialists of the Fuel and Lubricants Service laid 1200 km of pipelines through which 5,4 million tons of fuel were pumped.

The service specialists took part in the liquidation of the consequences of the Chernobyl accident, earthquakes in Armenia, as well as in many other cases of man-made accidents and natural disasters. 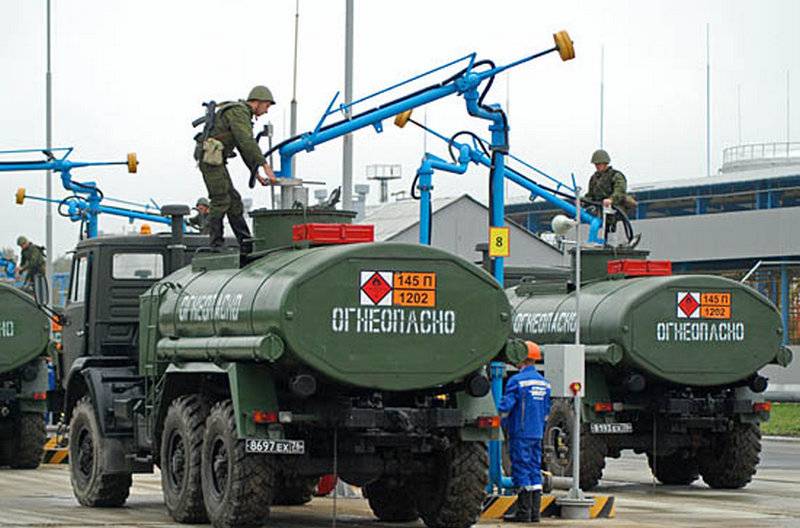 In 2010, the formation, formation and development of the Fuel Service began as a unified system of material and technical support (MTO). Today, the Fuel Service solves the problems of storing and transporting fuel by land, sea and air. Specialists of the SG of the RF Armed Forces perform refueling operations, servicing hundreds of warehouses, automated fuel dispensing points, refueling points and bases of various subordination. Officers for the Fuel Service are trained by the Ulyanovsk Higher Military Technical School.

"Military Review" congratulates all the servicemen and veterans of the Fuel Service of the Armed Forces of the Russian Federation (USSR) on their professional holiday!