When nails come into play 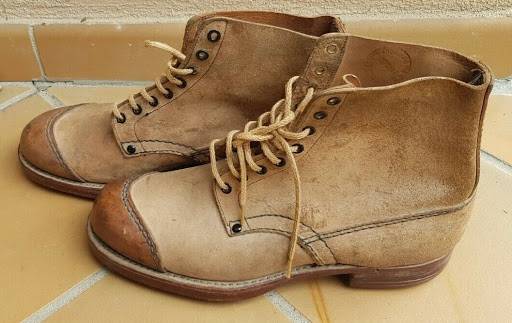 For the first time I read about them in V. Pikul's novel "Barbarossa":

“And I'm not joking, reader: Mussolini hammered 72 nails into the boot of an Italian soldier - no more and no less, this is exactly what the charter of the fascist army commanded, and General Giovanni Messe, already demoted, argued to Hugo Cavaliero:

- It's good for parades!

But it is absurd in the conditions of the Eastern Front: during periods of Russian frosts, these nails, having frozen, will squeeze the soldier's leg in an icy grip. "
To be honest, I did not attach any importance to this before.

And I remembered only now, when I began to prepare the material.

What is one capacious word to describe the shoes of the Italian infantryman of the Second World War?

The inhabitants of the Apennine Peninsula themselves suggested:

"Cardboard"!
Looking ahead, I will say right away - this is not so.

The losers are just always looking for an excuse.

The Germans attributed the failures on the Eastern Front at the end of 1941 to the autumn thaw and early frosts.

And the Italians blamed obsolescence for the defeat of their 8th army weapons, mules (which they used instead of transport vehicles) and ... boots.

On the Internet, stories are still circulating that Italian soldiers on the Eastern Front got cardboard shoes. In part, these rumors were born due to the fact that it was at that time that artificial materials began to appear in production technology. And not only in Italy.

And mostly Italians grumbled because later in the warehouses were found sufficient stocks of army shoes (which were so lacking on the front line to at least change shoes). The front-line soldiers themselves suspected the intendants of poor-quality supplies.

Boots of the Italian Conquerors


So in what way did the unsuccessful conquerors try to set foot on foreign lands?

В leather boots of medium height. The number of round eyelets is eight. Open lacing. Color - light brown. With darker reinforcements on the toes.

There is a photo where the back had the same color. By the way, it is quite developed, going far to the sides, like the French model of the 1917 model.

All seams are double. The connection of the top and bottom is reinforced with a rivet.

Sole. Leather, with the same heel. It was in it that 72 nails were nailed. And what kind! Three (!) Types. With hemispherical, pentahedral and tetrahedral heads.

The photo will explain a lot. You can count. A couple is missing, but the places of the old mountings are visible.

All this "scrap metal" played a terrible role in the winter of 1942-1943 in the defeat of the Italian expeditionary forces in Russia.

According to the recollections of the participants of that inglorious campaign, through the holes punched with thorns, moisture was collected in the boots, which simply froze in the cold, leading to frostbite of the feet.

Unfortunately, I could not find the text of an article by an Italian journalist, in which the veteran told how that winter he wanted to shake a stone out of his boot that got in there and interfered with his walking. To his horror, his finger fell on the frozen ground! This saved his life - the soldier was evacuated to the rear, and later to his homeland. For him, the war is over.

By the way, not all Italians got cold feet.

The Monte Cervino battalion suffered the least from frostbite. The soles of their shoes were rubber. Vibram firms.

Here we need to make a small digression.


Vitale Bramani was a mountaineer. In 1935, he led a group of climbers to climb several peaks in the Italian Alps. At first, the weather was favorable for the climbers, but during the ascent of Punta Rasica (a narrow ridge with a height of 3305 m), a strong and prolonged blizzard began. It was the boots that became one of the factors that killed the six members of the group.

In those days, climbers used heavy boots with a hard soles lined with boot nails to cross relatively flat terrain. And for steeper areas - lightweight boots with flexible and thin felt soles.

They made it possible to feel the rocky relief well, but did not provide sufficient protection from cold and moisture. And if the soles got wet, then at subzero temperatures the icy felt simply slipped along the rocky relief. So further ascent and descent became impossible.

After this tragedy, Vitale Bramani decided to create a universal sole suitable for different terrain.

And in 1937 he patented the Carrarmato rubber outsole, which in Italian means "straight ahead."

He started the production of such soles with the help of the Pirelli Tire Company. As a trademark, the inventor chose an abbreviation from his name and surname (Vitale Bramani) - Vibram.

Ready to see the protector? 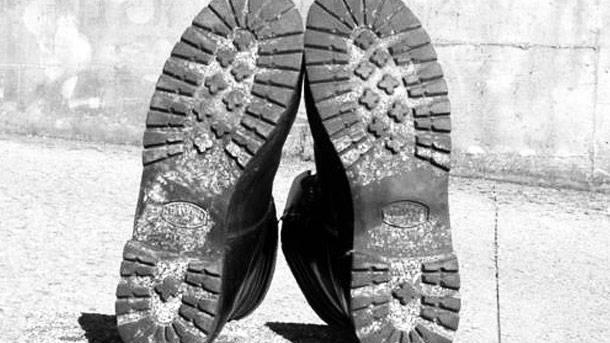 Now look at the soles of your boots ...