On the threat of Japanese revanchism 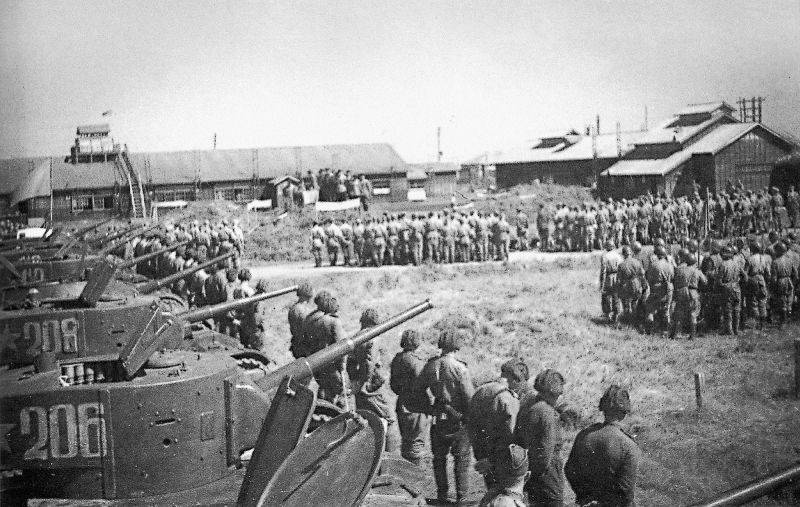 Tanks T-26 and the Red Army during the formation on the square of the city of Shikuka on South Sakhalin. August 1945

75 years ago, the Kuril Islands and South Sakhalin were officially annexed to the Soviet Union. Russia gained these territories thanks to the victory over the Japanese Empire during the Second World War. In fact, Moscow then reclaimed its own lands, restoring historical justice. Since these lands belonged to Russia in the 1904th century. And Japan captured them only during the Russo-Japanese War of 1905-XNUMX.

These island lands still have both military-strategic and economic significance. These territories turn the Sea of ​​Okhotsk into an inland water body of Russia, which ensures the protection of Russia's strategic and economic interests. The concession of the Southern Kuriles to Japan will lead to a serious deterioration in the military and economic security of the Russian Federation.

From the history of the question

However, the Japanese elite closely followed the course of the war and was ready to oppose Russia if, during the 1941 campaign, the Germans took Moscow, and in 1942 - Stalingrad.

Japan had a strong grouping of troops in Manchuria, which fettered part of the Red Army forces in the Far East. The Japanese have repeatedly committed provocations on land, sea and air.

At the Crimea Conference in February 1945, Soviet leader Stalin promised to oppose Japan 2-3 months after Germany was defeated.

For England and the United States, this issue was very important, since without the active help of the Russians, according to analysts, Japan could fight for another year or two. And the allies would have suffered huge losses (hundreds of thousands of people).

Moscow was to receive South Sakhalin and the Kuriles, in China - Port Arthur and the Chinese Eastern Railway (on lease). That is, Russia was restoring the strategic positions lost during the Japanese campaign.

Stalin believed that Russia should take historical revenge for defeat in the war of 1904–1905. This was demanded by historical justice. As well as issues of security and the future of our Far East.

At the Berlin Conference in July-August 1945, the Soviet side confirmed its readiness to oppose the Japanese militarists. Russian troops have already been transferred to the Far East.

On August 9, 1945, the Soviet armies dealt a powerful blow to the Japanese Kwantung Army. The Manchu operation ended in complete success: the Japanese army was defeated, its fortifications were captured, the main forces were blocked or captured.

The Yuzhno-Sakhalin operation was carried out on August 11-25. The entire island of Sakhalin became Soviet.

The Kuril operation was carried out on August 18 - September 1. And the Kurils were returned to Russia.

Japan, having lost the ability to continue resistance on the continent, surrendered on September 2.

On February 2, 1946, on the territory of the southern part of Sakhalin Island and on the Kuril Islands, annexed to the Soviet Union as a result of the Soviet-Japanese War, the South Sakhalin Region was created. Yuzhno-Sakhalinsk (formerly Toyohara) became the center of the region.

In 1947, the Yuzhno-Sakhalin Region was merged with the Sakhalin Region. In the same year, the mass repatriation of the Japanese population from South Sakhalin began (over 350 thousand Japanese lived on the island) and the resettlement of families from Russia to the island. 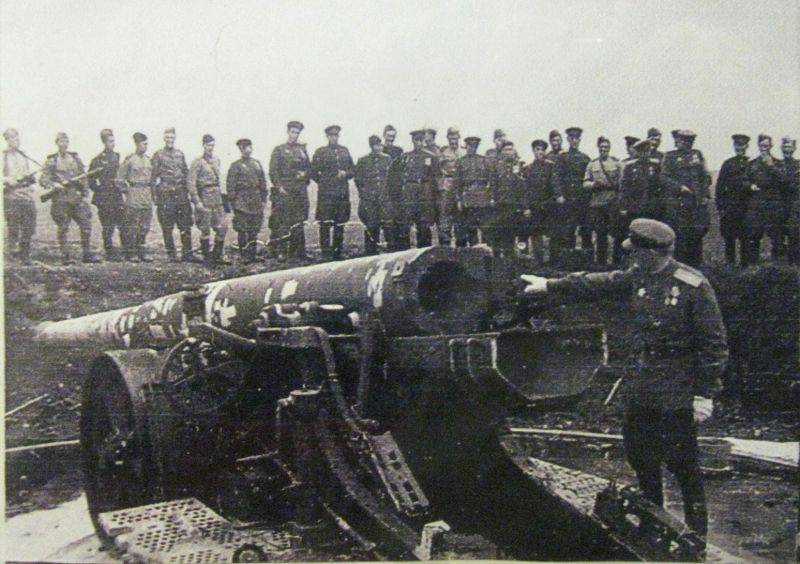 In September 1951, a peace treaty was signed in San Francisco between Japan and the Allied Powers. Moscow refused to sign it, as the agreement was regarded as a separate one.

Representatives of the PRC were not invited to the conference. And the text of the agreement did not mention the rights of the Chinese to Taiwan, the Pescadores and Paracel Islands, as well as the sovereignty of Russia over South Sakhalin and the Kuriles. Also, the question of the withdrawal of Western troops from Japan was not spelled out.

As a result, under the terms of the San Francisco Peace, Tokyo acknowledged the loss of its sovereignty over Taiwan and the Pescadores, Paracel and Spratly Islands, over Korea. The Japanese side refused

"Of all rights, legal grounds and claims to the Kuril Islands and that part of Sakhalin and adjacent islands, over which Japan acquired sovereignty under the Treaty of Portsmouth of September 5, 1905".
However, later the Japanese authorities took the position that Iturup, Shikotan, Kunashir and Habomai (the so-called Northern Territories) were not part of the Kuril Islands (Chishima Islands). And Tokyo did not refuse them.

After Stalin's departure, Moscow's diplomatic positions were weakened by the erroneous actions of Khrushchev and Gorbachev. So, in October 1956, the Moscow Declaration was adopted to end the war between the USSR and Japan. Khrushchev was ready to give the islands of Habomai and Shikotan to the Japanese in exchange for peace and the withdrawal of foreign troops from the territory of the Japanese islands. However, the Japanese did not sign the agreement, as they did not have full sovereignty. The United States put pressure on Japan, not wanting to leave its "aircraft carrier".

In the future, Moscow quite reasonably did not recognize the existence of a territorial problem.

We won, took our own by historical law and the law of strength. And the point.

Another blow to our negotiating position was dealt by Gorbachev, who in 1991, during a visit to Japan, admitted the existence of a territorial dispute. Yeltsin's government continued the policy of surrendering the interests of the Russian state. In 1993, the Tokyo Declaration was signed, in which the desire to solve the problems of the four Kuril Islands was noted. In Japan, this gave rise to hope for the return of the Northern Territories.

Since that time, Tokyo's pressure on Moscow has become methodical and regular.

The Japanese authorities and the public usually raise this issue several times a year, criticize the representatives of the Russian authorities who visit the “disputed” territories on various issues. With the strengthening of the Japanese military machine, which has already abandoned almost all post-war restrictions, the issue has already assumed the character of a potential Japanese threat in the Far East.

Moscow's policy during the Putin-Medvedev tandem was contradictory.
On the one hand, the Russian government, recognizing the 1956 Declaration, wishing to conclude peace with Japan, develop economic and technological cooperation, and receive Japanese investments, gave Tokyo hope that the issue would be resolved in their favor.

On the other hand, especially after the outbreak of political confrontation with the West (Ukrainian revolution and civil war, reunification with Crimea, policy of sanctions), Moscow took a tougher stance. In fact, the Kremlin has returned to the position of the USSR - the South Kurils are an integral part of Russia following the Second World War. And Russian sovereignty over the islands is beyond doubt.

In the updated Constitution of the Russian Federation, adopted by a popular vote, it is forbidden to even negotiate the transfer of Russian territories. This equates to extremism with appropriate punishment.

This position has been strengthened by the strengthening of Russia's military positions in the Kuril Islands, Sakhalin and the Far East as a whole. The defense of the region, destroyed during the previous "reforms", has been partially restored and continues to improve. 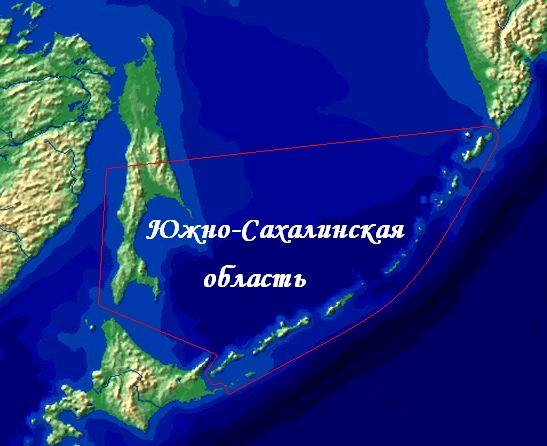 In the 2020 Japanese military "White Paper", the Kuril Islands are designated as "the original territories of Japan."

In the past decade, Japan has abandoned almost all military restrictions. The shock develops aviation, a powerful fleet (including helicopter carriers - light aircraft carriers), amphibious assault forces. A decision was made to create long-range cruise missiles for possible attacks on enemy bases.

Also, Japan is one of the most powerful economic, industrial and technological powers in the world, capable of multiplying its military and striking power in a short time (from several months to a year).

Taking into account the global crisis of capitalism, which always turns into a military phase, the Japanese threat has again appeared in the Far East.

Thus, Japan is already capable of performing a sudden and successful local amphibious operation in the area of ​​the Kuril Islands.

Our Armed Forces in the Far East, weakened by the previous "peace-loving" policy, with a high degree of probability, are unable to repel the first strike. Further, obviously, Russia, pulling up reinforcements from the European part of the country, will be able to launch a counteroffensive. But the question is, how will the US act?

The Americans are allies of the Japanese. That is, a scenario may arise when unrest will arise within Russia, and the Japanese will suddenly seize an island (or several) with a sudden blow. Then the "world community" will intervene, the issue will be transferred to the "world level", where we have no friends and allies. The Kremlin will be forced to yield.

Therefore, the only way to preserve its own is the military and economic development of the Far East, including Sakhalin and the Kuriles. New industrialization.

On the same Kuriles and Sakhalin there are significant natural resources (including rare earths). Hydrocarbons. Biological resources - fishing and seafood.

Large projects are needed, for example, a bridge (or a tunnel) to Sakhalin. A powerful demographic policy, otherwise the region will soon become completely empty, and the Chinese, Koreans and Japanese will master it.

A holy place is never empty.

Ancient wisdom, which has not lost its significance now,

Development of transport infrastructure, connectivity of the country. Indeed, in essence, only the Trans-Siberian Railway connects us with the East of the country.

It is necessary to build a great railway in the North.

Restore civil aviation available to the population, including small ones. Study and develop the possibilities of new modes of transport.

We must clearly remember that there is an Act of Japan's Unconditional Surrender. Japan is punished for decades of aggression in the Asia-Pacific region. Southern Sakhalin and the Kuriles are ours by right. And Japan's claims are completely unfounded.

The Soviet Union restored historical justice. Japan was punished for the war of 1904-1905.

The South Kuriles and Sakhalin are of strategic military and economic importance for Russia, ensuring the connectivity and security of Kamchatka and Primorye and making the Sea of ​​Okhotsk our inland. Improving the basing capabilities of the Pacific Fleet, which also includes strategic submarines that guarantee the security of all of Russia.

Otherwise, we will lose the forward and main line of defense in the East. Whereas the potential enemy (Japanese and Americans) will thereby seize a strategic foothold for strikes against our own Far East.

Not to mention the potential enormous economic damage to Russia.

All this cannot be allowed.

Ctrl Enter
Noticed oshЫbku Highlight text and press. Ctrl + Enter
We are
Results of the week. “In our cooperative, the board is always agreed”Kuriles - an integral part of our homeland
Military Reviewin Yandex News
Military Reviewin Google News
124 comments
Information
Dear reader, to leave comments on the publication, you must sign in.