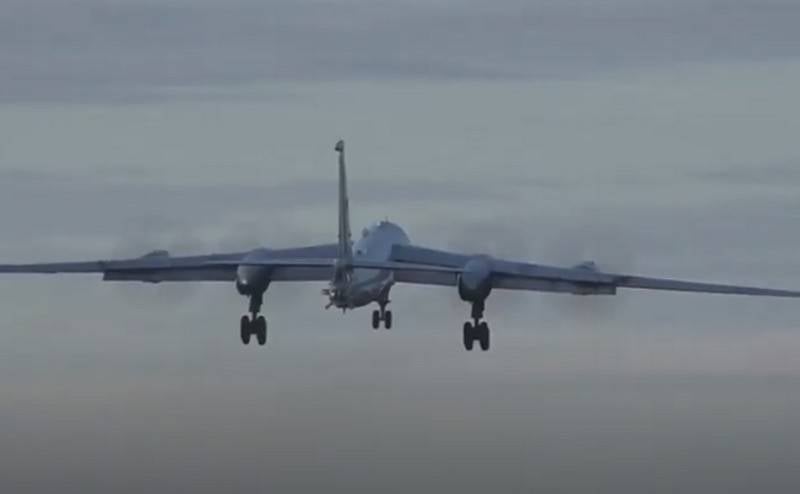 Two Russian Tu-142 anti-submarine aircraft were identified as they entered the Alaska air defense zone near the US border. This was reported by NORAD (North America's Joint Aerospace Defense Command).


According to NORAD, a pair of Russian Tu-142s approached the US-Canadian border while patrolling in international airspace and not entering United States sovereign airspace.

The press service of the Pacific fleet confirmed the flight of two long-range anti-submarine aircraft Tu-142M3 over the Bering and Chukchi seas. It is noted that the planes spent more than 11 hours in the air, having covered about 8 thousand kilometers during this time. In some sections of the flight, Russian Tu-142s accompanied the MiG-31BM marine aviation TOF.

On January 26, a pair of Tu-142MZ long-range anti-submarine aircraft of the Pacific Fleet naval aviation performed a scheduled flight over the waters of the Bering and Chukchi Seas. The aircraft spent more than 11 hours in the air. During this time, they covered more than 8 thousand kilometers.
- said in a statement.

The Pacific Fleet command noted that the Tu-142 flight took place in accordance with international rules, and Russian aviation will continue to patrol in international airspace.
Ctrl Enter
Noticed oshЫbku Highlight text and press. Ctrl + Enter
We are
Russian anti-submarine Tu-142 spent a long flight near AlaskaA new anti-submarine aircraft will be created in Russia, which will replace the Tu-142М3
Military Reviewin Yandex News
Military Reviewin Google News
20 comments
Information
Dear reader, to leave comments on the publication, you must sign in.