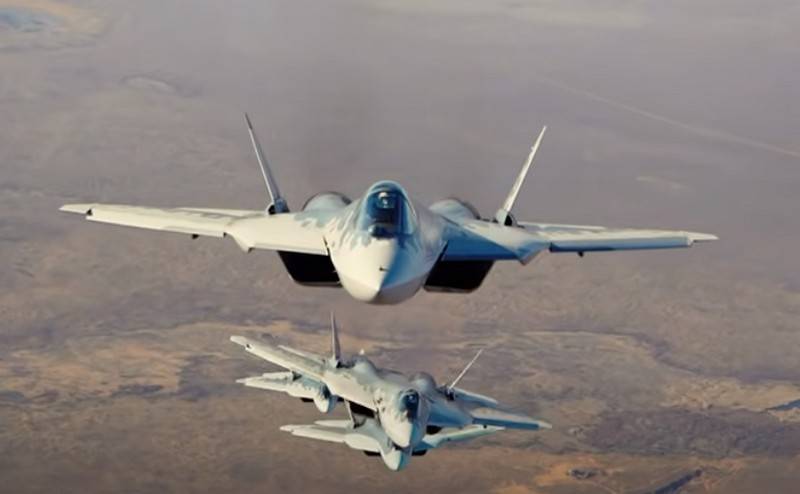 Russia may show its fifth generation Su-57 fighter at the Aero India 2021 air show, which will take place in Bangalore, India in early February. This was reported by The Economic Times, citing sources among the organizers of the event.


India hopes that Russia will show its fifth generation Su-57 fighter, which could be a participant in the Indian air show. According to the publication, this will be the debut for the aircraft in South Asia.

Russian fighter could replenish aviation the Indian Armed Forces park as the parties were in talks to produce it
- the newspaper writes.

In addition to the Russian Su-57, another novelty may be shown at the air show - the American strategic bomber B-1. The rest of the equipment that will be presented at the air show is already well known to the audience, since it is in service with the Indian Air Force. We are talking about the French Rafale fighter, the Russian Su-30MKI and the Indian Tejas. Several types of helicopters will also be presented, which are not specifically reported.

So far, no official statements have been made on the Russian side regarding the demonstration of the Su-57 in India.

The 13th aerospace show Aero India 2021 will take place in Bangalore, India from February 3 to 5, 2021. In connection with the coronavirus pandemic, some of the exhibits will be presented in a virtual format.
Ctrl Enter
Noticed oshЫbku Highlight text and press. Ctrl + Enter
We are
The Brahmos missile was almost completely integrated with the Su-30MKI fighterIndicated price is the Tejas Mark I for the Indian Air Force
Military Reviewin Yandex News
Military Reviewin Google News
67 comments
Information
Dear reader, to leave comments on the publication, you must sign in.