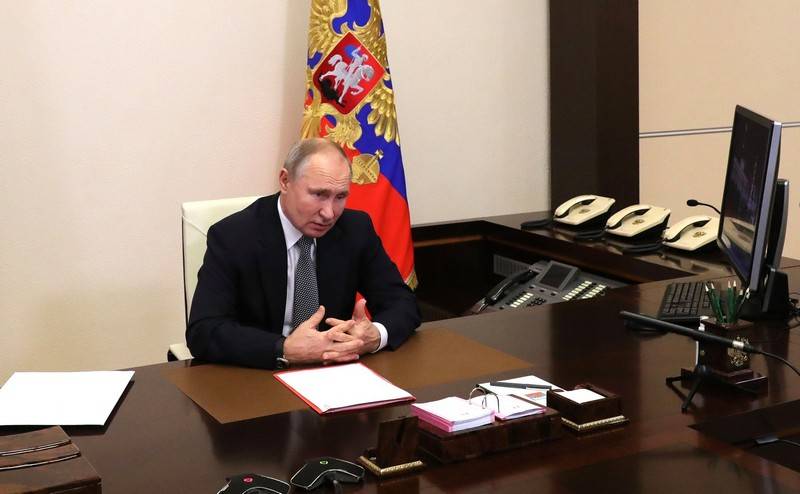 After the inauguration of the new American president, the US policy towards Russia may change in some aspects. Washington needs to consider new steps to contain "Putin's Russia." Michael McFaul writes about this in an article for the American edition of Foreign Affairs.


New American President Joe Biden, unlike Donald Trump, does not intend to be friends with Vladimir Putin. He intends to criticize Putin's aggressive actions, to return liberal norms and democratic values ​​to US policy towards Russia, which will lead to support for human rights in this country.

However, for the complete containment of Russia, the United States needs to develop a new overarching strategy in which to determine the "right" balance between containing Moscow and interacting with it. This requires an analysis of Russia's actions and an assessment of what Putin's Russia actually represents and how the United States can effectively counter it.

First, the US needs to get rid of the stereotype that Russia is a gas station country with a weak economy and a declining military. This is fundamentally wrong, Russia is one of the most powerful countries in the world with armed forces that have gone through modernization, nuclear weapons, a robust economy and ideological power based on Putin's rule.

Containment of Russia must begin with the United States itself, introducing protection from Moscow's hacker attacks on American territory. The United States needs to allocate additional funds to level the Russian cyber threat against American critical infrastructure.

Another important component of restraining Russia is economic. Washington and its allies need to develop a strategy to limit Russia's economic power, especially in the United States, Europe and Asian countries. All Russian geopolitical projects, such as Nord Stream 2, must be stopped completely.

The US government should limit Russia's ideological influence on the Western world through social media, NGOs, foundations, and charities. More concrete measures must also be taken to prevent Russian interference in the American elections.

Containing Russia abroad must begin with a policy of intimidation. As part of this strategy, the United States needs to significantly increase its military presence near Russian borders, especially in the southern direction, and be ready to repel "Russian aggression." NATO must reaffirm its commitment to "democratic values".

In addition, the United States must counter the "Russian aggression" against the "prosperous and democratic" Ukraine through its all-round support, including military support, and also strengthen the anti-Russian sanctions regime.

In addition, it is proposed to bring "freedom and democracy" to Russian territory through NGOs, the media and social networks. For this, it is necessary to increase their funding, etc.

In conclusion, the author writes that Putin is not eternal, so the United States needs to "befriend" Russia with an eye to the future, waiting for that day to come and Russia will return to the path of democracy.

Ctrl Enter
Noticed oshЫbku Highlight text and press. Ctrl + Enter
We are
Yuri Drozdov: Russia prepared the role of the sacrificial calfRussia is taken to the Golden Billion
Military Reviewin Yandex News
Military Reviewin Google News
120 comments
Information
Dear reader, to leave comments on the publication, you must sign in.