Dozor-B: how Ukraine is trying to solve the problem of low-quality armor on its armored vehicles 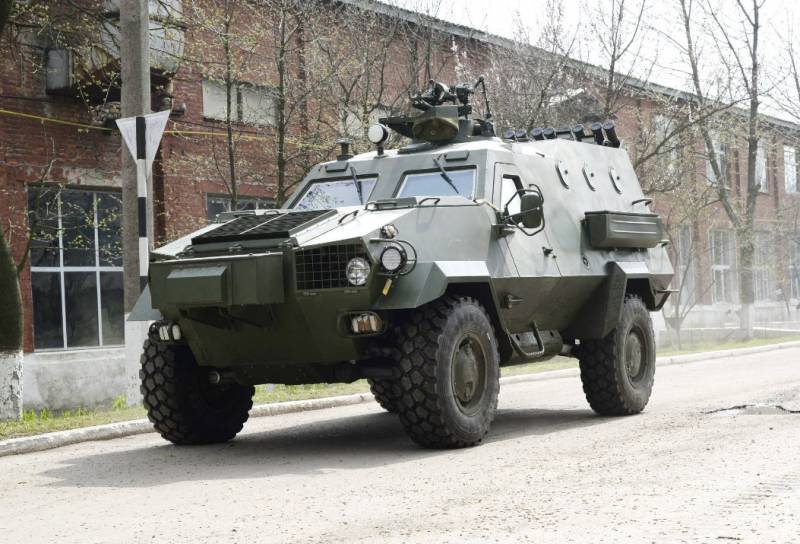 History of the Dozor-B armored vehicle project is another large-scale fiasco of the military industry of independent Ukraine. The need for a light wheeled armored vehicle for the needs of special forces in Kiev was realized at the very beginning of the XNUMXs. For the first time, an experimental model of an armored vehicle was presented at armory exhibition back in 2004. In 2006, Kiev reported on the completion of the development of an armored vehicle, and in 2011 the license for the production of Dozor-B was purchased by the Polish company Mista.


True, the Poles, apparently taking an example from their "hot" Baltic neighbors, swayed slowly: only in 2013 they completed the preparation of the production line for Dozor-B. In 2014, the second copy of "Dozor-B" was presented at the training ground of the National Guard of Ukraine near Kharkov, and then the country's leadership announced: the car will be produced in Lviv, at the Lviv Armored Plant. The fortress of the Dozor-B armor was personally tested in front of the cameras by the then President of Ukraine Petro Poroshenko.

At present, the history of "Dozor-B", as we can see, has been at least 17 years old. During this time, Ukraine managed to produce less than two dozen armored vehicles. Most of them are operated in Ukraine, one prototype is in Poland and 2 more armored vehicles were purchased by Senegal. Ukrainian "Dozor-B" are in service with the 95th airmobile brigade of the Armed Forces of Ukraine.

But the small number of "Patrols" released is not the main problem. Much worse is the fact that the quality of the armored vehicles has become the subject of many jokes. Witty users of the global web even managed to rename Dozor-B to Shame. And it would be okay to embarrass yourself on the net, the main thing is not to embarrass yourself on the battlefield, but for Ukrainian armored vehicles, such an ending is quite expected.

On the video - a few years ago Ukraine proudly presented its new armored vehicle. But something went wrong ...

Back in the spring of 2016, information appeared on the results of checking a batch of armored vehicles that came off the assembly line of the Lviv Armored Plant. Cracks in the hulls were found on two armored vehicles. If we were talking about hundreds of armored vehicles, then a marriage in two of them could still be allowed, but there are so few "patrols".

How is Ukraine trying to solve the problem of low-quality armor?

Then the National Anti-Corruption Bureau of Ukraine became interested in the quality of Dozor-B armor. NABU employees carried out the seizure of technical documentation in the Kharkiv Design Bureau for Mechanical Engineering named after A.A. Morozov. Investigators attempted to establish what explained the manufacturers' decision to switch from the planned 71 grade to the Armstal-500 grade.

As a result of the examination, it was established that the steel purchased for the new armored vehicles did not comply with the EU standards. It turned out that the armored sheets did not have an anti-corrosion coating, and the individual marking of the armored steel sheet was not affixed. Chemical analysis of the armor by Yuzhmash specialists showed that it did not meet the declared characteristics. Another interesting detail has appeared: the metal turned out to be suspiciously similar to the products of the Novolipetsk Metallurgical Plant in Russia - the kind of steel that is not used at all for the production of armored vehicles.

Ukroboronprom tried to refute the criticism of the armor: they also talked about information injections in order to discredit an excellent armored vehicle, and that the Dozor-B armor was made in Poland and is used in the armies of NATO countries. As a result, Ukraine bought a batch of Polish armored vehicles "Oncilla", which, however, also did not pass the tests.

What lies ahead for Dozor-B

In 2018, Dozor-B received additional hinged booking. He became more protected, having received, according to the manufacturers, the ability to withstand shelling from large-caliber weapons. The vital zones of the armored vehicle and its troop compartment were strengthened with hinged armor. They decided to abandon the use of the previous options. But all the problems were not solved. We need large orders, and so far only talk about them.

In August 2020, the new Minister of Strategic Industry of Ukraine Oleg Urusky, arriving in Kharkov and visiting the same Kharkov Design Bureau for Mechanical Engineering (KMDB) named after I. A.A. Morozov, promised a radical cleansing of the management of Ukroboronprom. The official also announced the aforementioned large orders for the production of Dozor-B from the Ukrainian law enforcement agencies.

But will the Ukrainians be able to release new batches of "Dozor-B" already with normal armor, or will the network skeptics, who dubbed the armored vehicle "Shame", be right? Time will show. And a lot will depend not only on manufacturers, but also on officials at Ukroboronprom. 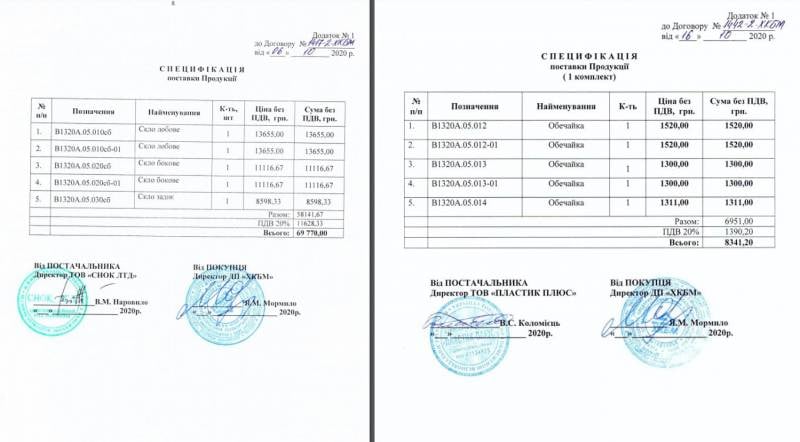 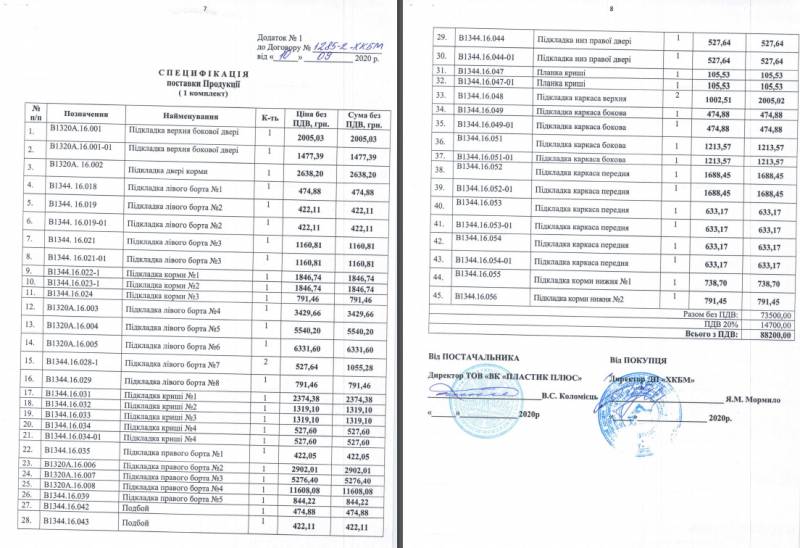 So far, the Kharkov plant has announced a procurement campaign for spare parts and components for the production of the above-mentioned armored vehicles. Defense Express publishes nomenclature items in documents dated October 2020.

Earlier, KMDB purchased from LBTZ a set of slipways for welding the body of the Dozor-B armored vehicle for UAH 375 (about 468 million rubles at the official exchange rate).

Ctrl Enter
Noticed oshЫbku Highlight text and press. Ctrl + Enter
We are
What we lostList of destroyed the largest and most high-tech enterprises
Military Reviewin Yandex News
Military Reviewin Google News
40 comments
Information
Dear reader, to leave comments on the publication, you must sign in.