Lockheed's response to the deployment of the S-300V4 and the Knights. Do advanced anti-aircraft missiles from the Almaz-Antey Concern VKO fend off the threat? 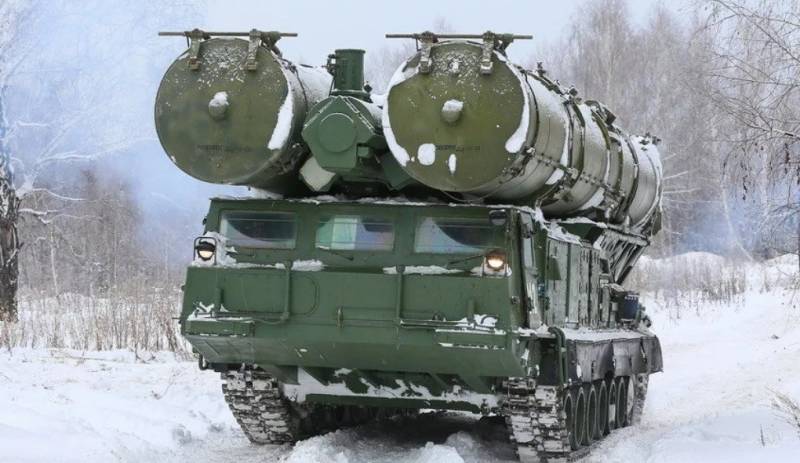 As you know, the acquisition of operational combat readiness by the promising medium and long-range air defense systems S-300V4 and S-350 "Vityaz" with their further intercession on combat duty as part of anti-aircraft missile regiments and brigades of air defense missile systems of the Aerospace Forces and Air Defense Forces of the Ground Forces, covering strategically important objects The Russian Armed Forces on the most missile-hazardous Baltic and Black Sea air routes, forced the expert communities in the US defense department, as well as specialists in the US command in Europe and the headquarters of the 6th operational fleet The US Navy will once again doubt the strike potential of both the aerospace attack weapons already deployed in the European conventional theater of operations, and promising high-precision missile models that are at various stages of development. weapons.


Thus, the integration into the S-300V4 and S-350 Vityaz ammunition sets of the latest 9M82MV and 9M96E2 / DM missile interceptors equipped with active radar seeker of the Slanets family (which do not need continuous illumination by means of centimeter continuous radiation radars located on the 9A82 / 83M4, as well as multi-functional radar 50N6A), provided the ability to confidently intercept ultra-low-altitude air attack weapons, the trajectories of which lie behind the "screen" of the radio horizon, or behind the "screen" of natural terrain objects relative to the above-mentioned divisional illumination / target designation radars (at a distance of 45-100 km and more and heights of the order of 20–35 m).

In this case, the target designation (coordinates of over-the-horizon objects) into the inertial navigation units (with subsequent loading into the on-board computer for controlling the active RGSN) of the 9M82MV and 9M96D anti-aircraft missiles will be issued either by third-party sources of radio-technical / optical-electronic reconnaissance, or by ground-based AWACS radars or on-board tactical radars fighters through protected radio channels of a two-way asynchronous data exchange line.

Anti-aircraft missile systems S-300V4 and S-350 "Vityaz" destroyed the stereotypes about the implementation of classical aerospace offensive operations, developed by the Pentagon and the NATO Joint Armed Forces

This tactical and technical advantage of the above anti-aircraft missiles (in contrast to the 48N6E / E2 missiles with semi-active RGSN complexes of the S-300PM1 / 2) will finally deprive the "outfits" of hundreds of "Tomahawks", stealth long-range tactical missiles AGM-158B JASSM-ER, and also Western European tactical missiles of the KEPD 350 TAURUS family of the possibility of hypothetical overcoming of the Crimean, Leningrad and Kaliningrad air defense zones A2 / AD due to the use of tactics of operating outside the sectors of view of divisional guidance radars (in low-altitude obscure areas of our airspace).

Equipping the 9M96E2 / DM super-maneuverable anti-aircraft guided missiles with "gas-dynamic belts" of transverse control engines will make it possible to level the key software algorithm for overcoming missile defense, which will be loaded into the INS of the advanced hypersonic operational-tactical ballistic missiles "Deep Strike" (brainchild of the "Raytheon" corporation) in the implementation of intensive anti-aircraft maneuvers at the terminal section of the trajectory with overloads of the order of 25-30G.

After all, the "gas-dynamic belts" of the moment-acting DPU allow the 96M6DM interceptor missile to maneuver with overloads of 65-70G during interception. Which is quite enough for effective counteraction to most of the known aerodynamic and ballistic aerospace objects.

In light of the above advantages of the S-300V4 and S-350 Vityaz anti-aircraft missile systems in general and the 9M96DM and 9M82MV missiles in particular, the information on the active training of the military-industrial giant Lockheed Martin published on the militaryparitet.com portal the day before (with the assistance of such subcontractors as Northrop Grumman, Dynetics and Electronic Concepts & Engineering) to the third stage of the development program for a promising two-stage OTBR with a hypersonic gliding unit ("equipment") "OpFires" does not cause a bit of concern either in the domestic expert circles nor in the reviewing communities.

And this is not surprising at all.

After all, the energy potential of the improved radars of the 9S19M4 "Ginger" program review (assigned to the S-300V4 anti-aircraft missile brigades) and the 50N6A multifunctional radars (the key element of the "Vityaz" air defense missile system), as well as the flight performance parameters of the 9M82MV and 9M96D missiles provide detection, "linking »And interception of hypersonic elements of high-precision weapons with a minimum effective scattering surface of the order of 0,01–0,02 sq. m and maneuvering with overloads from 15 to 25G.

Meanwhile, it is not so much the electrodynamic (EPR / EOP) and flight performance parameters of the hypersonic gliding unit (which is in an integral configuration only on the marching leg of the trajectory), but the type, speed and EPR, high-precision submunitions for individual guidance, to be used as cluster "equipment" OTBR "OpFires".

Considering the fact that, in accordance with the requirements of the US Department of Defense Advanced Research Projects Agency (DARPA) and the US Armed Forces, specified in one of the clauses of the 58 millionth contract for the development of OPFires between DARPA and Lockheed, the geometric configuration of the intra-hull compartment of the hypersonic glider block must ensure the integration of the widest range of combat elements.

In this case, we can talk not only about standard high-explosive fragmentation and cluster warheads with standard fragmentation submunitions (typical for the "equipment" of the ATACMS family of ATACMS) type M74 APAM or self-aiming BE P31 BAT, but also about alternative 60-mm planning small-sized guided ammunition type "Hatchet" (or their analogues).

As you know, the latter were developed by the American company "Alliant Techsystems" as part of the program for updating the ammunition of the MQ-1C "Gray Eagle" and MQ-9 "Reaper" strike and reconnaissance UAVs and boast an ultra-small effective reflective surface in thousandths of a square meter, not subject to reception -transmitting paths of multifunctional radars of most modern air defense systems (including S-300V4 and S-350 "Vityaz").

In the case of adaptation of Hatchets to use from the upper layers of the stratosphere and mesosphere at hypersonic flight speeds of 4,5-5M (thanks to the equipment with heat-resistant stabilizers / wings of high aspect ratio and fairings made of composite materials), their gliding range can exceed 200 km or more, while one gliding unit (2nd combat stage) "OpFires" can deliver about 300 SPBE "Hatchet" (or similar combat elements) to the final segment of the marching section of the trajectory.

Given the complete discrepancy between the target channel and the firing performance of the S-300V4 and S-350 "Vityaz" air defense systems, the number of attacking combat elements launched by the "OpFires" gliding unit (not to mention their negligible RCS), the priority task will be the early interception of the hypersonic glider block "OpFires" until the activation of the squibs and the beginning of the dispersion of self-aiming combat elements.

Its success will directly depend on the capabilities of the promising high-potential "Sky-M" radar systems, given to mixed anti-aircraft missile brigades as key sources of target designation, and on the capabilities of the 9М82МВ and 77Н6-1 long-range anti-aircraft missiles, representing the ammunition sets of the S-300В4 air defense systems and promising SAM S-500 "Prometheus".

Ctrl Enter
Noticed oshЫbku Highlight text and press. Ctrl + Enter
We are
Situational analysis of the death of the MH17 flight (Malaysian Boeing 777), made on the basis of engineering analysis from 15.08.2014In anticipation of a crown attack on Perseus and LRASM. Umbrella of the Northern Fleet missile defense will get a new breath
Military Reviewin Yandex News
Military Reviewin Google News
40 comments
Ad