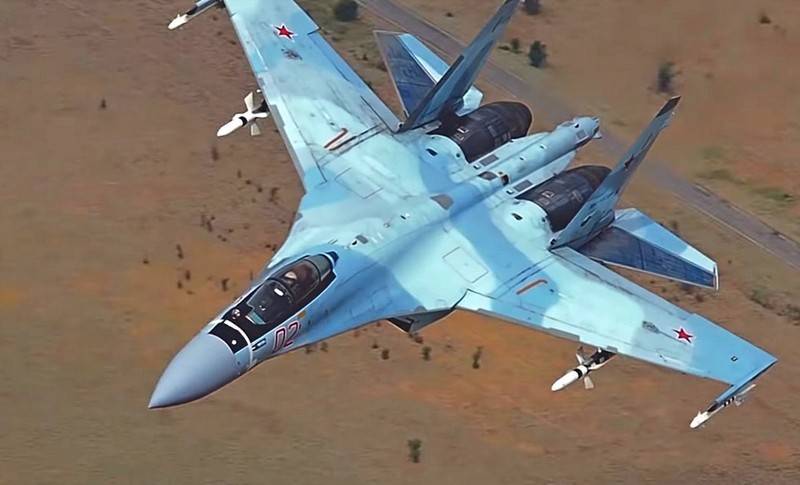 The Russian Su-35 fighter is the main aircraft for gaining air superiority. Flanker-E does not lag behind the main Western fourth-generation fighters and is inferior to American fifth-generation aircraft. The American edition of The National Interest writes about this.


According to the author of an article published in an American magazine, the Russian Su-35 fighter is the main aircraft of the Russian Aerospace Forces for gaining air superiority and will remain so until a significant number of serial Su-57s enter the troops. The aircraft has unsurpassed maneuverability, and armament does not lag behind Western models such as the F-15 Eagle. The fighter is a rather formidable opponent for the F-15, Eurofighter and Rafale, but is inferior to the F-22 and F-35.

The Su-35 fighter is a further development of the Su-27 and is currently the most advanced in the Flanker family. Engines with controlled thrust vector provide it with high maneuverability and speed of Mach 2,25, as well as a ceiling of 20 thousand meters. The aircraft has a range of 3 km, and with additional tanks - 600 km.

The Su-35 glider does not have stealth technology, but the modified air intakes and cockpit canopy, as well as the radio-absorbing coating, have significantly reduced the aircraft's effective reflective surface compared to its predecessors.

The fighter has 12 to 14 weapons suspension nodes, which allows it to carry a large combat load, significantly exceeding that of many Western fighters, including the F-22 and F-35. The aircraft's armament includes long-range aviation missiles, medium and short range missiles. In addition, the Su-35 is armed with a 30-millimeter cannon with 150 rounds of ammunition to conduct aerial combat or attack from low level flight.

The fighter is equipped with an electronic warfare system "Khibiny", a radar with a passive phased antenna array N035 "Irbis", as well as an optical locating station OLS-35 with a declared range of 80 kilometers, which can pose a serious threat to stealth fighters.

In terms of its characteristics, the Su-35 is not inferior to the best Western fourth-generation fighters, but in the case of the F-22 and F-35, high maneuverability and armament may not help it, since they are difficult to detect at long distances. At the same time, American fighters can strike while in invisibility.

Su-35 may be the best air combat aircraft of all history and an excellent means of delivering missiles to the target - but will it have enough characteristics to be called a fighter for gaining air superiority in the age of stealth technology? This question is still unanswered
- summarizes the author.
Ctrl Enter
Noticed oshЫbku Highlight text and press. Ctrl + Enter
We are
List of CIA-funded Russian public organizationsDifficult choice
Military Reviewin Yandex News
Military Reviewin Google News
171 comment
Information
Dear reader, to leave comments on the publication, you must sign in.