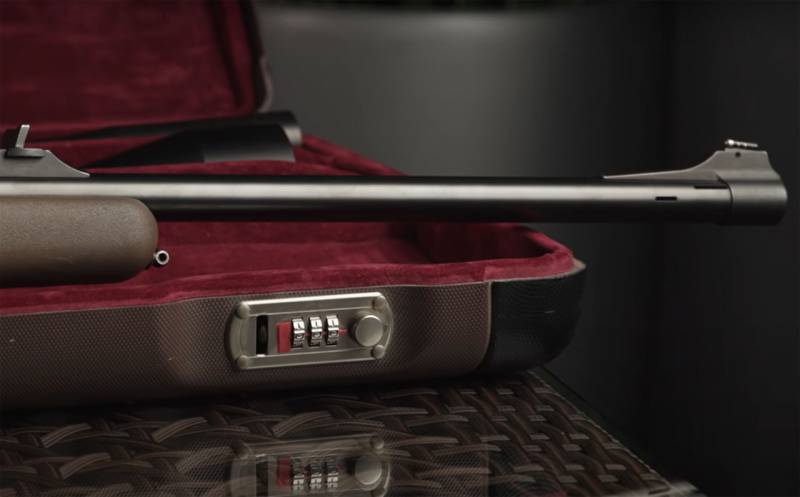 One of the broad areas of use of the so-called "civil" weapons - hunting. It has its own niches and peculiar weapon circles of preference. Some make a choice exclusively in favor of domestic versions of small arms, others prefer European manufacturers, and still others tend to acquire overseas hunting weapons.

My choice fell on a Mauser M03 with a .458 Lott main barrel.
This is a hunting cartridge caliber of 11,63 × 71 mm, the development of which in 2021 marks exactly half a century. And the creator of this powerful cartridge is American gunsmith Jack Lott, who decided to develop a replacement for the .458 Winchester Magnum.

Speaking about the Mauser M03, the expert notes that the weapon is, in fact, a kind of designer. That is why an order was made for several additional barrels.

The open sighting device "Mauser" M03 consists of a rear sight and a fairly large front sight. The weapon has a technological device for damping recoil, which can hardly be called effective as a muzzle brake.

Review in the issue of "Personal Arsenal" by Yevgeny Spiridonov on the Kalashnikov channel:

Ctrl Enter
Noticed oshЫbku Highlight text and press. Ctrl + Enter
We are
The history of the assault rifle MP-43Trilinek and all its family
Military Reviewin Yandex News
Military Reviewin Google News
15 comments
Information
Dear reader, to leave comments on the publication, you must sign in.