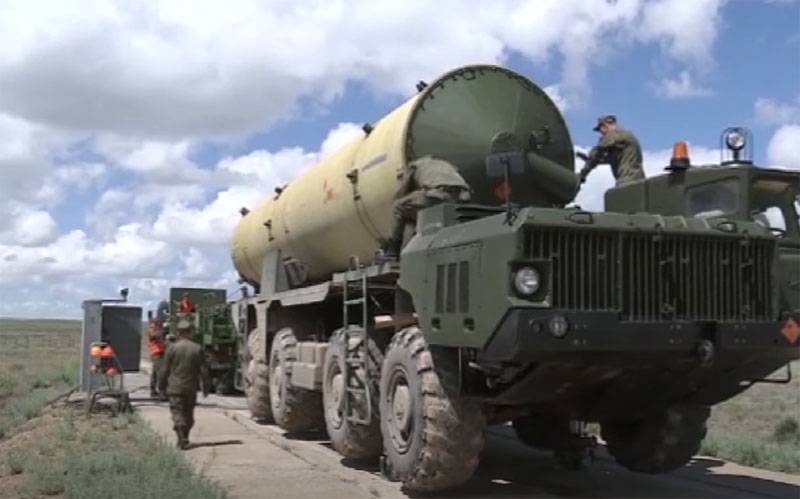 The German press decided to raise the issue of the "problematics" of hypersonic missile weapons... Recall that today such weapons are in service with the army of the only country - Russia, other countries, including the United States and China, are testing their hypersonic missile developments.


The large German magazine Die Welt published an article by Gerhard Hegman, where he declares the great danger of hypersonic weapons. According to the German observer, the danger of such missiles is that they bypass existing missile defense systems.

The parity that has developed between the world's nuclear powers is also at risk.
Strange position. For some reason, Mr. Hegman was not worried about the US withdrawal from the treaty, when the United States unilaterally proceeded to violate nuclear parity by creating its missile defense elements in East Asia, as well as in Europe. And the German journalist took care of it precisely at the time when Russia responded to these steps by the United States - it responded by putting into service hypersonic weapons.

Gerhard Hegman called hypersonic weapons "a nightmare for world security." At the same time, he cites as an example the recent case at the Ramstein military base in Germany, where, for the first time in many years, warning signals about a missile attack were heard. Recall that in Ramstein, where the US military is based, the warning systems reacted to the missile launches carried out by Russia.

According to the German observer, it is extremely difficult to track hypersonic missiles, and today it is completely impossible to intercept their warheads. From the article:

And in this case, we can say that hypersonic weapons for us are a dangerous mixture of unpredictability and defenselessness.
At the same time, Hegman complains that Russian President Vladimir Putin "for some reason did not comment on the incident with the activation of the missile threat warning system at the Ramstein base."

It is not entirely clear what this statement means. According to Western analysts and observers, should Putin comment on any process or phenomenon that is taking place in the Western world? What exactly should Putin have to comment on, if the representatives of the German command themselves first stated that the alarm was a training one, and then a false one ...
Ctrl Enter
Noticed oshЫbku Highlight text and press. Ctrl + Enter
We are
Reports from the militia of New Russia for 27-28 September 2014 of the yearThe big press conference of Vladimir Putin
Military Reviewin Yandex News
Military Reviewin Google News
96 comments
Information
Dear reader, to leave comments on the publication, you must sign in.