Why a system of permanent deficit developed in the USSR: on the causes of problems with the availability of goods 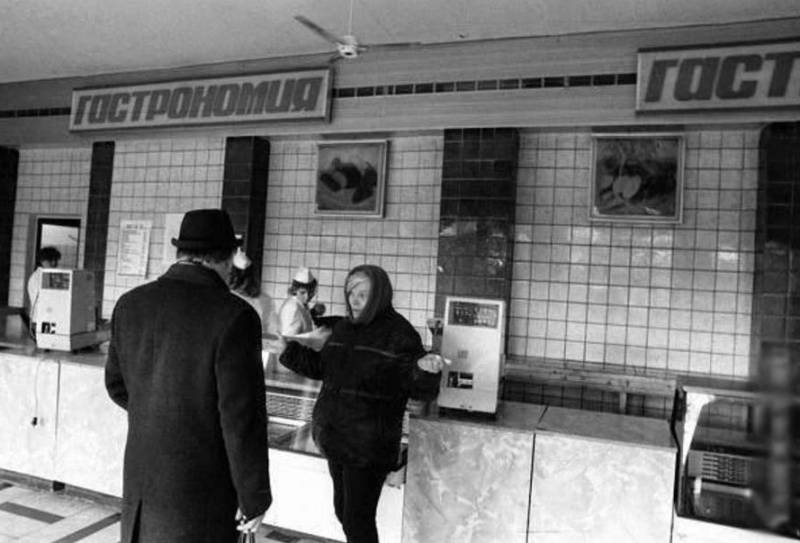 The proverb “If you stand in line well, you don't have to work” - this is precisely about him, about the deficit, which the opponents of the Soviet state included among the primary reasons for the need to change the existing economic system. Indeed, a number of goods in the USSR could be bought with great difficulty, small towns and countryside were supplied worst of all, best of all - Moscow, Leningrad, Sevastopol, as well as several capitals of the union republics, primarily the Baltic ones.


So why is there a system of total deficit in the Land of Soviets?

The main reasons for the deficit were the uneven distribution of goods, underproduction of a number of them, as well as the lack of competition. Illiterate planning led to the fact that from the side of the USSR it really looked like a very strange state in which spaceships are made, powerful weapon, but at the same time they cannot provide citizens with beautiful and affordable clothes, furniture, household appliances and even toilet paper.

What can I say, if food products by the end of the existence of the Soviet state could not be obtained all and not everywhere. So by the end of the 1980s, in many settlements of the USSR, there were interruptions in the supply of such goods as condensed milk, natural coffee, cocoa, boiled and smoked sausages, dishes, and children's toys.

The purchase of a TV set or, for example, a good carpet was previously a fairly large-scale project for the average Soviet person, and the point is not even the cost, but the availability of goods. Scarce goods were in high demand and immediately disappeared from sale after they appeared in stores. They were bought up, and not in all cases by especially lucky ordinary consumers, and often by speculators - with the aim of subsequent resale.

In addition, the deficit was actively supported by interested actors of all levels, including the managers of stores and warehouses, who were interested in keeping the counters empty - then the same product could be sold at higher prices from the “back door”.

Despite the fact that speculation was a criminal offense in the USSR, many people were engaged in it, who, by the nature of their occupation, had access to the distribution of goods. The scales were different, but directors of enterprises, storekeepers of warehouses or shop assistants could sell goods “to the left”. This is a human factor that also contributed to the growth of deficits in the existing socio-economic system.

At the same time, decades after the collapse of the Soviet system, one can come to the conclusion that the authorities of the late USSR were not interested in overcoming the deficit. For example, the theme of scarcity was played up in the works of many Soviet filmmakers and humorists, and thus prepared the ground for dissatisfaction with the existing system: the average man got used to the fact that scarcity is an integral attribute of the socialist economy, while receiving fragmentary information about “breaking counters” in the West.

By the end of the 1980s, a stable group of people had already formed in the Soviet elite who were preparing the destruction of the state and the socialist system, and with its submission, a policy of deliberate sabotage and disruption of supplies was carried out in order to create an artificial shortage even for those goods that were not previously in short supply.

The former head of the Soviet government, Nikolai Ivanovich Ryzhkov, wrote about this, in particular, in his book "The Main Witness". Interestingly, for more than five years Nikolai Ivanovich held the post of, as they would say now, prime minister, but he could not change the situation - it turns out that the backers of the artificial deficit were much more influential than even the head of the Soviet government.

Of course, the shortage of goods in itself could not cause the death of the Soviet country, but it was fully used - both in the socio-economic and ideological plans by those forces that were interested in the collapse of the socialist system. Even now, thirty years after the collapse of the USSR, the favorite argument of critics of the Soviet regime is the words about the notorious one sort of sausage in Soviet stores.

On the other hand, the state itself often did not allow itself to arrange general abundance, since the factor of the income of Soviet citizens played its role. For the overwhelming majority, the incomes were about the same, if we do not take into account the same speculators or representatives of the "elite". The elites could afford everything any day, and there was no point in increasing the production of goods for ordinary Soviet citizens, as the heads of industrial enterprises themselves admitted: demand did not lead to supply, since the state was still the financial regulator in the end. The prospects for the emergence of private property in the USSR were looked at, to put it mildly, with caution, perhaps, as a result, having missed an important stage of reform.

Now - another extreme: there are a lot of goods, but ... the same sausage, to put it mildly, is not always distinguished by the quality or at least the presence of meat. And by no means all Russian citizens today can afford to buy what is necessary for a full life.

Ctrl Enter
Noticed oshЫbku Highlight text and press. Ctrl + Enter
We are
A great interview with Sergey Lavrov: about Ukraine, Obama and IranWhat you didn't want to know about England
Military Reviewin Yandex News
Military Reviewin Google News
421 comment
Information
Dear reader, to leave comments on the publication, you must sign in.