How the Soviet Army was withdrawn from Europe: data on countries and groups of forces 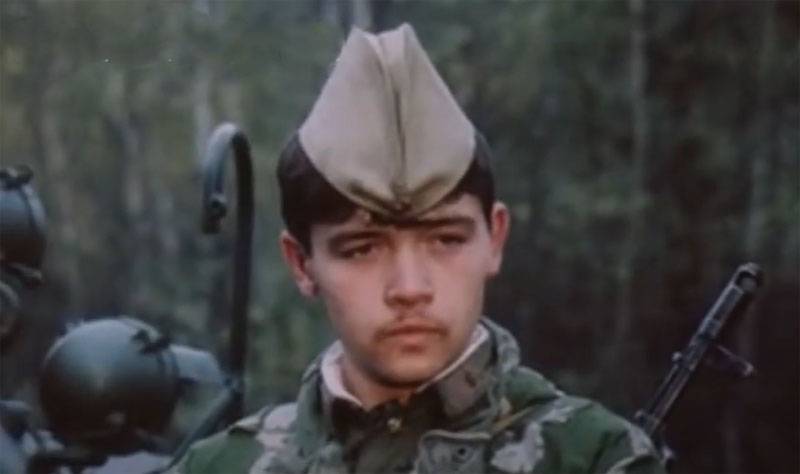 At the end of the USSR, about half a million of our troops were stationed in Eastern Europe, as well as several hundred thousand civilians who were also subordinate to the Ministry of Defense. They were in the GDR, Poland, Czechoslovakia and Hungary. How the Soviet Army was withdrawn from Europe. Let's present some data on countries and groups of forces.


The equipment of these contingents with military equipment was impressive. In Europe, there were about 9 thousand Soviet tanks, almost 6 thousand artillery pieces, 12 thousand armored vehicles, almost 2,5 thousand units of military aviation.

Why did we leave Europe

By the end of the 80s, processes were already in full swing in the USSR, which eventually led to the collapse of the great country. The "ferment of minds" also took place among the Eastern European allies of the Soviet Union under the Warsaw Pact.

Gradually, the existence of this military-political association began to lose its meaning - for political, as it seemed then, considerations. Like, all around are friends and brothers, as they said then from the high stands in the capital.

Naturally, both in Moscow and in the Eastern European capitals the expediency of Soviet military contingents began to be questioned. Moreover, the leadership of our country has taken a course towards normalizing relations with the West. This meant abandoning the Cold War and the arms race. Moreover, for some reason, Moscow decided to win the favor of the United States and Western European countries through unilateral concessions. 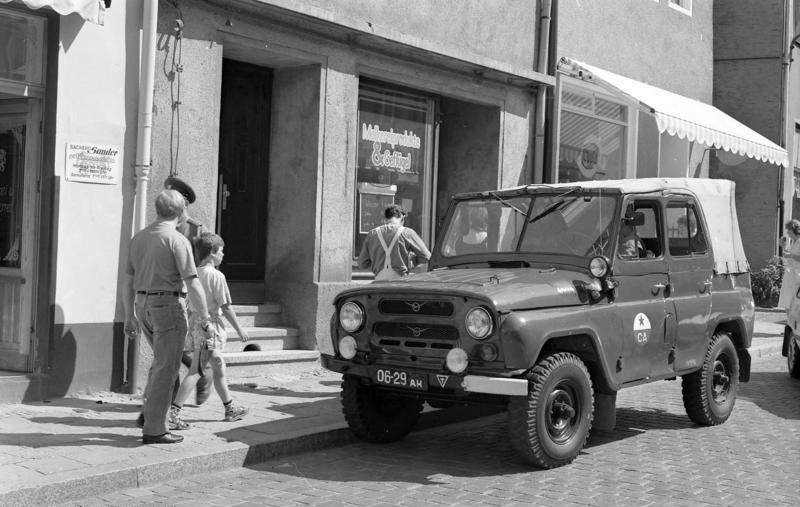 The idea of ​​the withdrawal of Soviet troops from Eastern Europe was in the air, and already almost former allies themselves began to ask the Kremlin leadership about it. The procedure for the withdrawal of troops was decided with each state separately, so the conditions were different. And the process itself began around 1989. "Approximately", since in a number of countries the reduction of troops began much earlier. In particular, the Group of Soviet Forces in Germany (GSVG), which was the largest of all Soviet contingents in Europe, began to be gradually reduced since the late 70s.

How the troops left

The withdrawal of troops from Europe began with the Southern Group (YUGV), which was located in Hungary. By 1989, when the final decision was made to leave this country, there were 70 thousand Soviet soldiers. According to Colonel-General Matvey Burlakov, who then commanded the South-Eastern Front, the soldiers were even happy to return to the Union, because they hadn't really seen Hungary, they were mostly sitting in a barracks position. The locals were feared, so they limited themselves to rare excursions to the capital.

It was not far from the border with Soviet Ukraine, so the withdrawal of troops was handled quickly and without any problems.

The Soviet military, whose number in this country numbered just over 90 thousand, began to leave Czechoslovakia at the beginning of 1990 and managed in a year and a half. They feared acts of aggression against the soldiers, but the Czechs and Slovaks said goodbye to them sincerely. Largely...

The withdrawal of the Northern Group of Forces (SGV), which was stationed in Poland and numbered 45 thousand people, was carried out at a less shock pace.
Our army began to leave this country in April 1991, and completed the withdrawal in the fall of 1993. The last soldiers and officers who left Poland were no longer Soviet servicemen, but Russian.

The most difficult thing was with the Western Group of Forces (WGV), which was stationed in East Germany, because it was larger in number than all three others combined. There were half a million people there, of which 300 thousand were military personnel, and the remaining 200 thousand were civilians. Plus military equipment, plus ammunition, buildings and structures - and all this in huge quantities. 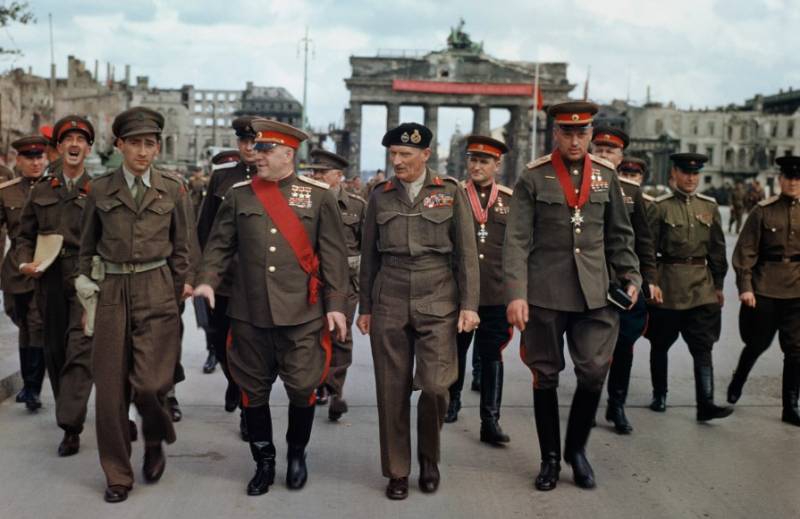 The commander of the Western Group of Forces, General Boris Snetkov, having received the order to withdraw the contingent, refused to carry it out and was dismissed from his post.

I will not withdraw the group! Marshal Zhukov founded the Group of Soviet Occupation Forces in Germany, it was created by prominent military leaders, and I, the fifteenth commander in chief, will disperse ?!
- he said.

In his place, the former commander of the YUGV, Matvey Burlakov, was transferred.

The withdrawal of troops began in 1989 and ended in 1994. Its end was solemnly celebrated on August 31 in Berlin, near the famous monument to the Soviet soldier in Treptower Park, to which wreaths were laid jointly by Russian and German servicemen. The ceremony was attended by Russian President Boris Yeltsin and the leader of a united Germany Helmut Kohl.

The next day, Matvey Burlakov, the former commander of the West Group of Forces, which no longer existed, boarded a plane and flew to Russia. And its withdrawal from Germany is considered the largest transfer of troops to storieswhich happened in peacetime.

Large fly in the ointment

At first glance, such a successful operation to withdraw the military from Europe could be proud. But there is a weighty fly in the ointment, and not one, which prevents you from doing this.

To begin with, the communists and other pro-Soviet citizens of Eastern European countries considered Moscow's decision to withdraw its troops a betrayal, because they were actually abandoned. Many of them suffered at the hands of their political opponents, after which Russia's authority and confidence in it dropped significantly. After all, how can you trust a country that leaves its allies ...

On the other hand, the withdrawal of troops from Europe, especially from Germany, looked like a real flight. Often they abandoned equipment, weapons, the infrastructure of military camps, and much more. Such a "conclusion" looked especially humiliating against the background of the fact that American troops in the FRG continued to remain there, and remain to this day. For some reason, the then leadership of the country and the command did not have deliberate and voiced questions to American partners: Why don't you withdraw your contingent from Europe? ..

Another problem was accurately and succinctly described by the commander of the Western Group of Forces, Matvey Burlakov:

The country's government did not think about its own army.
Initially, it was agreed that the army would be withdrawn as soon as housing was created for it in the USSR. But the military often went out into an open field, into tents, without getting basic amenities. Many officers lost their families, as they simply had nowhere to live with their wives and children.

The German government promised to allocate 15 million marks for new housing for our troops withdrawn from Germany, but paid only eight. And the Russian authorities were too poor or greedy to resolve this issue. Surely knowing about all these problems, Russian President Boris Yeltsin assumed "increased obligations" to the West and promised to reduce the timeframe for the withdrawal of military personnel from Germany by four months. And for the property left in this country, estimated at $ 28 billion, our country received only 385 million. And so far this issue has not been raised at a high level.

The withdrawal of Soviet, and then Russian, troops from Europe is still being argued about. Some say that it was not necessary to keep them there, others - that it was not worth removing them from there, they say, this would prevent NATO expansion to the east. Perhaps the truth is somewhere in between.

And here is what Colonel-General Matvey Burlakov, whose opinion, no doubt, is authoritative in this matter, said about our troops in Europe:

It remains to be seen how the post-war world order would have developed had it not been for Soviet troops in Germany, Czechoslovakia, Hungary and Poland.

Ctrl Enter
Noticed oshЫbku Highlight text and press. Ctrl + Enter
We are
About Stalin and KhrushchevOn the other side of the “red” and “white”. Izborsk Club Report
Military Reviewin Yandex News
Military Reviewin Google News
47 comments
Information
Dear reader, to leave comments on the publication, you must sign in.