"He is wearing a triangular hat ..." - the history of a military cocked hat 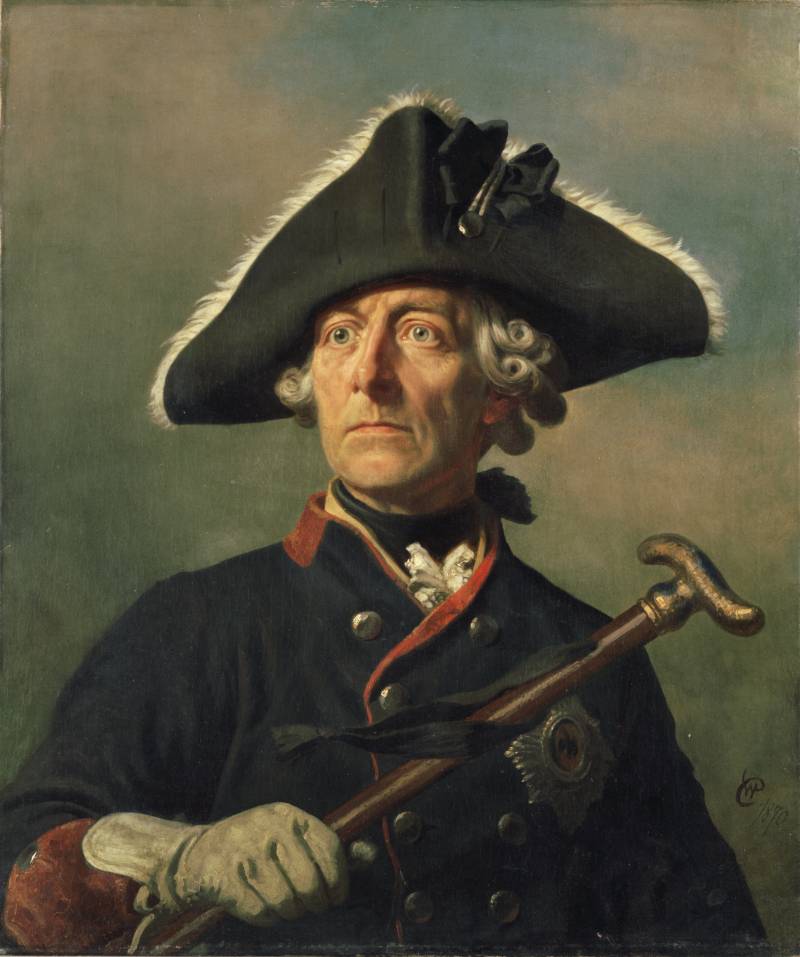 Any item that crowns the head of a warrior must first of all be of some practical benefit to him. In the era of swords and battle axes, preference, of course, was given to metal or leather helmets, which gave a chance to survive, having received a fair blow to the top of the head, and at the same time not "brainwash". With the advent of the world of firearms weapons the championship turned out to be for wide-brimmed hats, well known to all of us from films about the musketeers. Such a headdress did not save from bodily harm, but at least it gave protection from the sun and rain.


On the other hand, as it turned out pretty quickly, the hat had very significant drawbacks, and first of all, just for the shooters. Try to load a musket, pishchal or fusea, and even more carefully aim from them, having on your head a structure creeping over your eyes with wide fields and, in addition, a structure of feathers. Many of these very obstructing fields began to simply fasten or pin them with pins to the crown. If you remember, Porthos sported a hat of exactly this style in the Soviet film adaptation of Dumas ...

However, all this turned out to be nothing more than a half measure. According to historical Evidence that the Italians were finally tired of the eternal struggle with their own hats. It was in the army there that their fields first began to be cut off completely (it turned out terribly unaesthetic - some kind of pot on the head), and then they began to bend them, so as not to interfere, to sew in corners. This is how, in fact, the famous cocked hat was born, for a whole century it became the main headdress not only for military and seafarers, but also for many civilians. It was painfully convenient and practical thing ...

The French, however, dispute the primacy in this matter among the inhabitants of the Apennine Peninsula, claiming that the first "tricorne" was built by them. Well, be that as it may, but in general fashion, including among the military, the cocked hat really entered the time of the French "Sun King" Louis XIV, in the brilliant XNUMXth century. By the way, Frederick II the Great is another great historical figure who glorified this headdress.

In principle, he did not recognize any other cover for his own truly brilliant head, due to which 99% of his known images flaunt in an invariable cocked hat. But the famous lines written by Lermontov about Napoleon: "He is wearing a triangular hat and a gray marching coat ..." are, imagine, a historical mistake. The famous Bonaparte hat was no longer a bicorne hat, which became the next “hat evolution” and replaced its predecessor, including on the heads of the military, in the XNUMXth century. However, I'm getting ahead of myself.

In tricorne, Europe fought, discovered new lands, had fun and was sad. It is clear that this headdress, like everything else in those days, had a completely clear “social gradation”. The tricorne hats of ordinary soldiers or townspeople were made of felted felt or wool of the simplest and most practical colors. Those who deigned to put on their shining heads the commanders, court rakes and other representatives of the nobility, were true works of haberdashery art. They were sewn from such "aristocratic" materials as expensive brocade and satin, decorated along the edge of the fields with lush braid and the number of feathers that depended solely on the taste and financial capabilities of the customer.

The ladies were especially zealous in this matter. Yes, yes ... Young (and not so) beauties quickly appreciated tricorne and included them in their own wardrobes, "slightly" hung with bows and precious stones. By the way, interestingly, cocked hats in women's fashion have been preserved longer than in men's! The reason for this was the coming into fashion of incredibly voluminous and lush wigs. For men, naturally. In the truest sense of the word, the cocked hats did not fit on such a design - so I had to carry them under my arm, using them exclusively in the process of bowing in front of each other.

Longest of all, the cocked hat existed as part of the military uniform, as well as classic suits for hunting and riding in general. Ladies' - first of all. In our Fatherland, this headdress not only appeared, but also took the most solid positions, as you might guess - during the reign of Peter the Great. The first Russian Emperor dressed up the army he was building on the European model in cocked hats. And even their own courtiers - even more so. And the tsar himself, who loved to flaunt in military uniform, most often appeared in public in a cocked hat.

Everything in this world, as you know, follows the path of simplification. About 100 years after the appearance of the tricorne, the same military decided that three corners were too much, more than two would be enough. This is how the two-cornered bicorne appeared, in many armies preserved as part of the ceremonial uniform of the highest command personnel until the beginning to the middle of the twentieth century, or even to this day. The common soldier was in front of the era of shako and caps. No corners at all ...