The Il-80 air command post was robbed in Taganrog: about the culprits and the consequences 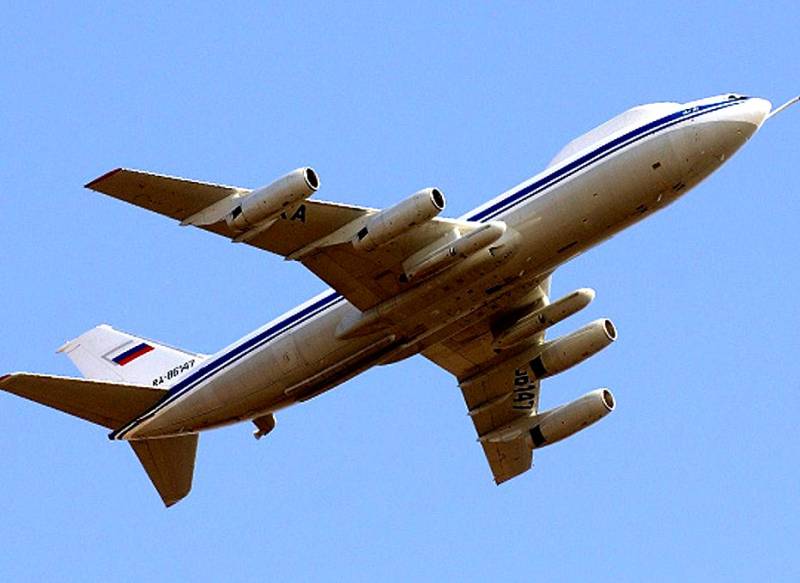 The Il-80 aircraft, nicknamed in the West as the “Doomsday plane,” is in fact an air command post that can be used by the country's leadership and the highest military command in the event of a large-scale armed conflict.


In the summer of 2019, the plane was transferred to Taganrog aviation scientific and technical complex them. G.M. Beriev for modernization work. The command of the Russian Aerospace Forces is counting on the return of the aircraft to service in 2021-2022.

However, on December 7, 2020, the whole of Russia flew news: at the Taganrog-Yuzhny airfield, where the plane was delivered, the fact of theft of electronic equipment was revealed. Here you need to understand that the plane is used specifically for control, it has a large number of electronic equipment on board. The theft became known after, as it turned out on December 4, the head of the aviation security service of TANTK im. Beriev. He also reported the missing equipment. The very news that the air command post had been robbed caused a reaction.

It is worth talking about the likely culprits and the consequences.

According to a company representative, when the plane was accepted, all the instruments were in place. When the measures to change the lubricant on the landing gear rods were completed, company employees sealed the cargo compartment hatch, the main entrance to the aircraft and three emergency entrances. The last inspection was carried out on November 26: all seals were intact. Nevertheless, unknown persons still managed to enter the plane and steal valuable parts. Law enforcement officers managed to find the suspects' fingerprints on the abandoned switchgear cover and their shoe prints in the plane compartment. Now the Taganrog transport police are looking for criminals, and the public is wondering about the quality of security at the enterprise.

Indeed, it is not very clear how the criminals were able to penetrate not only the territory of the airfield, but also the plane. It turns out that he was either poorly guarded, or the theft of the equipment was committed by one of the persons who had access to the facility or to its protection. Today the second version is the most discussed.

Since the use of most of the stolen parts for civilian purposes is difficult, experts now have two versions of what happened. According to the first version, ordinary metal collectors could steal parts, more precisely, those who specialize in collecting (or stealing, let's call things by their proper names) valuable and rare metals. Then we are talking only about material damage and the need to allocate time for the installation of new equipment to replace the stolen or damaged equipment.

The second version is that the equipment could have been stolen for espionage purposes. This version assumes much more serious consequences, including for the national security of the Russian state, since the plane is used, as mentioned above, as an air command post.

But even if the leak is the work of ordinary hunters for valuable metals, then this is not encouraging. It turns out that without any special obstacles the attackers gained access to a military aircraft, and not to an ordinary fighter or bomber, but to a top-secret (in theory) air command post, entered the airfield, into the aircraft itself, and no one detained them at the crime scene ...

It is difficult to disagree with the opinion that it is necessary, after clarification of all the circumstances, to bring to strict responsibility all officials whose competence included ensuring the safety of the airfield and aircraft. This is too bad a precedent, and society must see that the government's reaction to such crimes will be harsh, that encroachment on secret objects is not the same as stealing household goods from a store or warehouse. At the same time, it is necessary to significantly improve the security of the TANTK and the airfield, since this incident testifies to the complete failure of the existing security system.

Ctrl Enter
Noticed oshЫbku Highlight text and press. Ctrl + Enter
We are
Reports from the militia of New Russia for 27-28 September 2014 of the yearYuri Drozdov: Russia prepared the role of the sacrificial calf
Military Reviewin Yandex News
Military Reviewin Google News
244 comments
Information
Dear reader, to leave comments on the publication, you must sign in.