"Will be able to strike at continental America": Chinese version of the B-2 Spirit stealth bomber is being discussed online 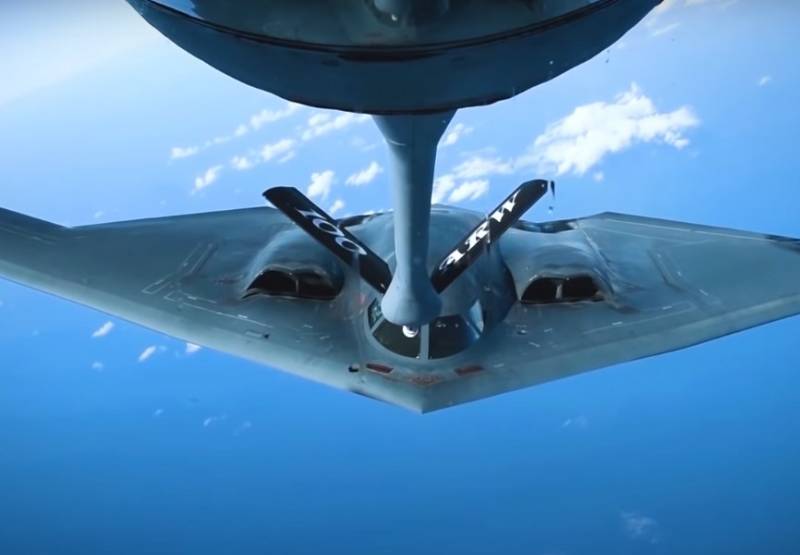 Indians were one of the first, for obvious reasons, to pay attention to the new promising Chinese bomber. Smriti Chaudhary from The EurAsian Times published an article that the new Chinese bomber could strike continental America.


But this, of course, is rather an exaggeration, but for nearby countries from Japan and Taiwan to the same India, the plane can really pose a very great danger. Moreover, India, for example, is still inferior to China in modern weapons, and there is no talk of the production of its own aircraft of this class.

According to Chaudhary, the Chinese bomber, considered the Chinese version of the B-2 Spirit stealth bomber, will be the first of its kind in the People's Liberation Army (PLA) air force. Against the backdrop of the continuing militarization of the Asia-Pacific region, Beijing is considering the creation of the bomber as a response to the strengthening of the American military presence in Southeast and East Asia.

China itself claims that the N-20 bomber will have a range of at least 12 thousand kilometers, which will allow it to strike not only on the territory of the states bordering on the PRC, but also, for example, on the Hawaiian Islands, and before this American island state, the bomber will fly even without refueling during the flight.

Also, the bomber may pose a certain danger to the American military base on the island of Guam in Micronesia. Guam, as we know, plays a very important role in the system of ensuring the American military presence in the Asia-Pacific region, while China is well aware that in the event of any military conflict in the same South China Sea, the United States will actively operate from Guam. Consequently, the first thing China will do with the help of new aircraft will be to launch a preemptive strike against American military installations in Guam.

Meanwhile, there is still not so much information in the public domain about a promising Chinese bomber. For example, Wikipedia writes that its appearance will allow China to launch nuclear missiles from the air, land and sea, like the United States and Russia. The resource also draws attention to the similarity of the Chinese bomber with the "American" B-2.

Naturally, the Americans themselves are convinced that the Celestial Empire has once again appropriated American technologies. For example, Chris Osborne of The National Interest, talking about the new Chinese aircraft, recalls China's well-known habit of stealing or copying other people's designs and emphasizes that the similarity of the H-20 to the B-2 is striking. No need to be an expert in the field aviation technologies and strategic bombers to see by eye the similarities in the appearance of Chinese and American aircraft.

True, the American military department names slightly different technical characteristics of a promising Chinese bomber. The H-20 stealth bomber, developed by the state-owned China Aviation Industry Corporation of China (AVIC), will have a range of 8500 kilometers instead of 12000 kilometers indicated by Chinese media, according to an annual report from the US Department of Defense.

As for the carrying capacity, the Chinese named a figure of 20 tons, while the Americans name only 10 tons of payload that the bomber can carry. Where did the US get this data from, the report does not say.
Ctrl Enter
Noticed oshЫbku Highlight text and press. Ctrl + Enter
We are
Reports from the militia of New Russia for 27-28 September 2014 of the yearDecember 2010 years. Russian March. Senseless and merciless? Notes not a Russian person
Military Reviewin Yandex News
Military Reviewin Google News
34 comments
Information
Dear reader, to leave comments on the publication, you must sign in.