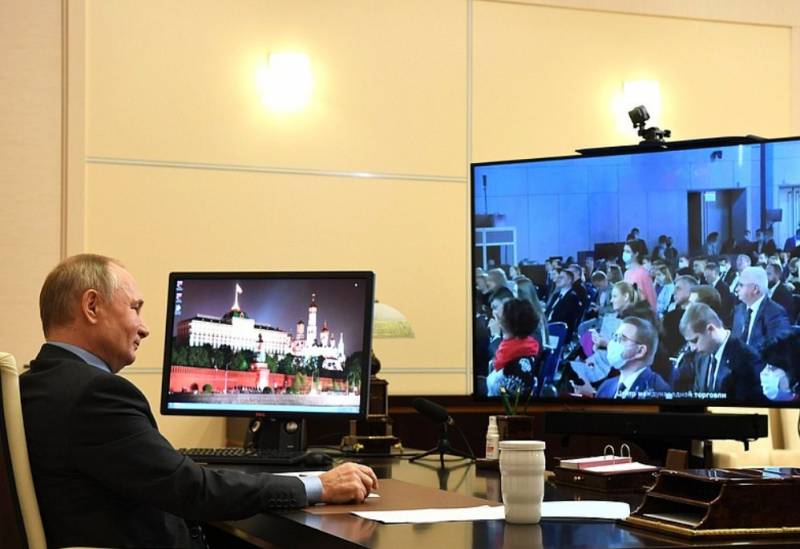 The domestic policy of the Russian Federation in recent years has caused more and more questions among the population. Too many unpopular measures have been taken. What is, for example, a pension reform with an increase in the retirement age, for example? Few also favor the tax policy of the Russian state. Meanwhile, there have been certain advantages over the past ten years, and it is easy to name them.


What are the successful reforms from the point of view of ordinary citizens.

Recall that for many Russian families, especially in the provinces, the payment of maternity capital is one of the few chances to acquire their own home, while not giving up the birth of a child. After all, before people faced a dilemma - either we are giving birth to a child, or we are saving up to buy an apartment. For 466 thousand rubles, of course, you can't buy an apartment in the regional center, but in a small village you can already count on something. In rural areas, for that kind of money, you can find your own home ownership, albeit unprepossessing, but still better than nothing. And the state did not pay for the birth of children before.

Oddly enough, but the approval of the masses as a whole can also cause an increase in the tax on personal income for the wealthy part of the country's population. Now the rich (with an income of more than 5 million rubles) will pay not 13%, but 15%, however, in an amount exceeding the aforementioned 5 million. This kind of concession to public opinion from the authorities was caused by the desire to slightly smooth out the degree of popular discontent after the pandemic. Indeed, it was not very clear why people with a salary of 15 thousand rubles, and people with an income of, say, 1 million rubles a month are subject to income tax in the same amount. True, the authorities did not begin to reduce taxes for the "poor": after all, they, who receive from 10-15 thousand to 50 thousand rubles a month, are the main part of taxpayers among individuals.

The population perceived the introduction of a special regime for the self-employed ambiguously, but those who work for themselves were able to quickly assess the advantages of the new regime. So, it is no longer required to register as an individual entrepreneur and pay mandatory contributions to social funds, if the income is less than 200 thousand rubles per month and there are no employees, and the types of activities are suitable for self-employment.

Another question is whether this can be called full-fledged reforms, and not individual targeted measures.

On the whole, as can be seen both from the analysis of the data of opinion polls of the population, and simply in the process of communicating with practically any ordinary people, the critical perception of the social policy of the Russian state still dominates over the support of government measures.

Confidence in the authorities is declining, and this is a very serious signal. It seems that someone on the highest levels of the power hierarchy is playing against the current vertical, hoping to inflame popular discontent. Indeed, one unpopular measure replaces another, and reports on successes in Syria or on the new power of the Russian weapons can no longer reassure citizens, who will have to assess on their own experience both the prospects for raising the retirement age and the declining standard of living of the population combined with the increasing risks of unemployment.

Low salaries and pensions remain a real scourge of Russian society, especially if one considers that they have practically not grown in recent years, in contrast to prices for food and housing and communal services. So even those positive initiatives that have taken place in the policy of the Russian authorities in the last decade, if not canceled out, then greatly dim in comparison with socially unpopular measures.

I would like to hope that the reforms in our country will be more socially oriented, if such a thing can be expected at all under the capitalist model of the economy.

Ctrl Enter
Noticed oshЫbku Highlight text and press. Ctrl + Enter
We are
What you didn't want to know about EnglandList of destroyed the largest and most high-tech enterprises
Military Reviewin Yandex News
Military Reviewin Google News
241 comment
Information
Dear reader, to leave comments on the publication, you must sign in.