Why the Su-57 loses to the Raptor in stealth: British expert on the shortcomings of the Russian fighter 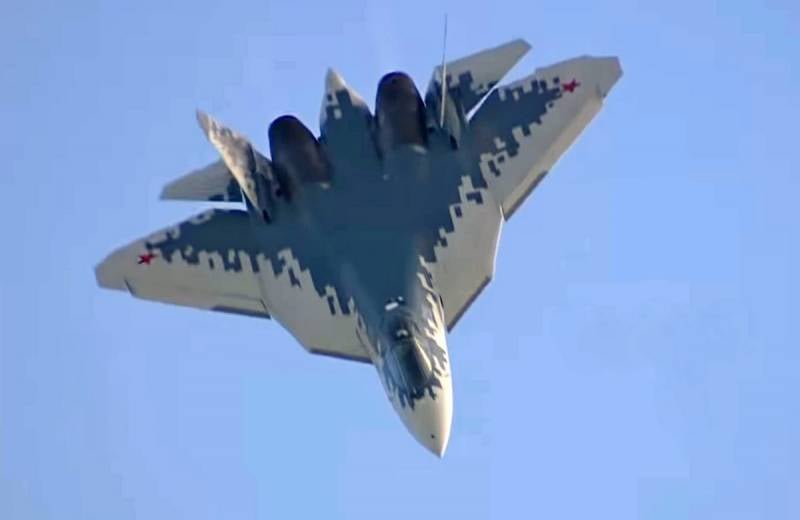 Ten years after the first flight of the Su-57, the situation with the Russian stealth fighter presents a host of unresolved problems. Its radar signature is at least 10 times that of the American F-22 Raptor. His radars might not work. And it is unclear whether Moscow can afford to buy all 76 aircraft that Russian President Vladimir Putin insisted on purchasing.

Glider from the Su-27

These "sobering conclusions" were drawn by Justin Bronk, an Air Force expert at the Royal Joint Institute for Defense Studies (London), writes the American edition of Forbes:

There are significant doubts about the scale of production of the Su-57 and the funding required to improve aircraft sensors, avionics and specialized weapons systems.

According to Bronk, thanks to a high degree of all-round stealth, hard-to-detect radar and altitude characteristics, the F-22 is capable of "completely surpassing all existing Russian combat aircraft."

Russia was well aware of the F-22 development program, and the Su-57 is the result of their efforts to create a largely comparable fighter.
- writes the British expert, believing that in the end the Su-57 arose as “a highly modified derivative of the Flanker [Su-27] airframe, the shape of which [the Su-57 airframe] minimizes the frontal X-range [radar cross section], while maintaining at the same time super-maneuverability ”. 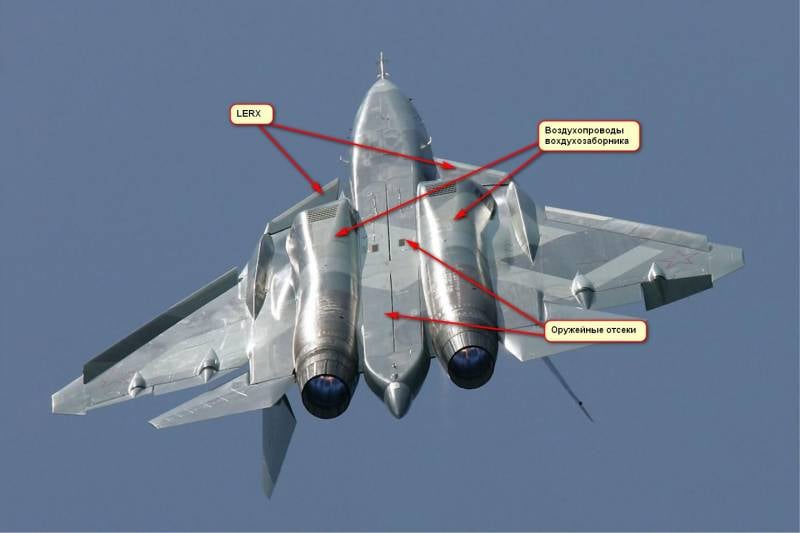 The limits of secrecy and finance

But the expert does not understand how successful the chosen design was. In particular, the author questions the secrecy of this machine:

Observed sources of radar reflections include unusual constantly moving LERXs, cockpit canopy design, air intakes at the base of inclined vertical stabilizers, an [infrared] sensor in front of the cockpit, and only partially enclosed exhaust parts of jet engine turbines.

The fact that the nozzles are practically not covered is caused by the specific shape of the wing: the fuselage borrowed from the Su-27 was, as it were, flattened, while placing two large central armory compartment between the air intake ducts. As a result, there was not enough space to cover the nozzle like the F-22.

These features are likely the result of Russia's comparative inexperience in stealth aircraft design and construction, coupled with budgetary constraints.
- the expert believes.

In his opinion, financial limits could affect the Su-57 sensors as well. The Felon [NATO aircraft designation] has a unique radar layout - an electronically scanned X-band radar on the nose plus smaller X-band grilles that extend the range.

But the Su-57's new X-band radar layout, combined with the low-frequency arrays that Sukhoi plans to add to the aircraft's wings, pose an integration risk. This is due to the fact that “the Russian industry has suffered from a shortage of high quality microelectronic components since the imposition of Western sanctions [...] which increases the difficulties associated with the development of such a complex complex of multi-matrix sensors, bringing it to a level of maturity where it can be considered ready for working on the front lines, ”warns Bronk.

According to him, problems with the Su-57 could cause an adjustment to the production program, which they are struggling to fulfill: it is planned to purchase 76 aircraft in addition to 10 prototypes that are already flying. The Kremlin reportedly set aside $ 2,6 billion for initial production, but Bronk says that is only $ 34 million for an aircraft - hardly enough to cover the cost of a glider with equipment and engines.

Even if all 76 aircraft that Putin announced are delivered, [Russian Aerospace Forces] will operate significantly fewer than 100 aircraft by the end of the 2020s, and the likelihood that sensors, avionics and engines will mature is questionable.
- concludes Bronk, believing that in his material he gave an exhaustive explanation of why the Su-57 loses to the Raptor.

Ctrl Enter
Noticed oshЫbku Highlight text and press. Ctrl + Enter
We are
In London, discussed the likelihood of a nuclear strike by the Russian FederationBritish expert: the F-35 fighter will never defeat the Russian Su-35
118 comments
Information
Dear reader, to leave comments on the publication, you must to register.