Modernizing tanks with artificial intelligence: plans of the US army 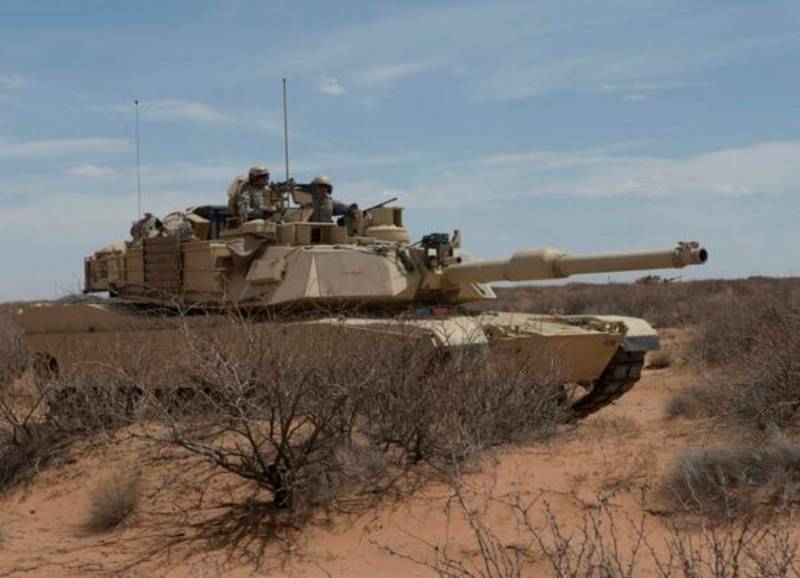 In the US, thinking about the possibility of modernizing management tanks using artificial intelligence. Indeed, over the past 40 years, the methods of controlling armored vehicles have practically not changed, says analyst Nathan Stroot.

Tank management remained in the era of forty years ago

Despite the fact that the US military is trying to maximize the use of advanced technology in the military, a number of areas still use it to a minimum. First of all, these are armored units: Nathan Stroot writes that over the past forty years, tank control technology has changed little. While military engineers are thinking about creating robots, developing artificial intelligence, tanks are still operated manually by driver mechanics, and without a highly qualified "mechanic", a tank may be useless on the battlefield.

Sgt. Dustin Harris of the US Army says that even now, crews use a manual process to detect, identify, and engage targets. Tank commanders, driver mechanics, gunners - they all operate manually. Once the target is detected, ammunition is also manually selected to defeat it. All this, of course, takes extra time.

According to Richard Nabors, DEVCOM C5ISR's Acting Deputy Director for Systems and Simulation, the Army High Command is also aware that tank control technologies are outdated and have been functioning practically unchanged for forty years. Therefore, they attended to the integration of modern technologies into tank management and turned to the DEVCOM C5ISR center and the Command for the Development of Combat Capabilities for this purpose. And on October 28, the military invited the press to the training ground in Aberdeen to demonstrate the ATLAS improved guidance and fire control system.

As it turned out, the new product uses advanced sensors, machine learning algorithms and a new touchscreen display to automate the process of finding and hitting targets. As a result, crews can respond to emerging threats much more quickly than before. As project manager Dawn Deaver emphasized, the crews will be able to hit multiple targets during the time during which only one target is currently being hit.

Nathan Strote compared the ATLAS prototype to something from the Star Wars movie. The system was mounted on a sleek black General Dynamics Griffin I chassis with a 50mm automatic loading turret from the Army's Advance Lethality and Accuracy System for Medium Calibur (ALAS-MC). A small circular Aided Target Recognition (AiTR) sensor was mounted on the turret. It is a medium wave infrared image sensor that scans the battlefield.

Behind the tank was the M113, connected by a series of long black cables. During the demonstration, the crew was located inside the M113. Of course, we cannot yet say that a new tank has been developed. The demonstrated mechanism is a prototype of a future tank or combat vehicle, into which artificial intelligence will be integrated. ATLAS is independent of the chassis or tower on which it is installed.

When the target detection process is completed and the target is already in the scope and selected weapon to defeat it, the operator has a choice: approve the AI ​​recommendations and pull the trigger, adjust the settings before pulling, or abandon the fight. The whole process from target detection to the start of fire takes seconds. After destroying a target, the operator can simply touch the touchscreen to select the next target detected by the ATLAS system.

Beginning in August 2020, the US Army is recruiting small groups of tankers to test the new system. Collecting feedback from the soldiers and sergeants themselves, military engineers expect to be able to quickly improve the system and prepare it for real use in combat conditions.