"Superfrigate" for "super destroyer": in the USA they are discussing the creation of a new ship, forgetting about the experience of Zumwalt 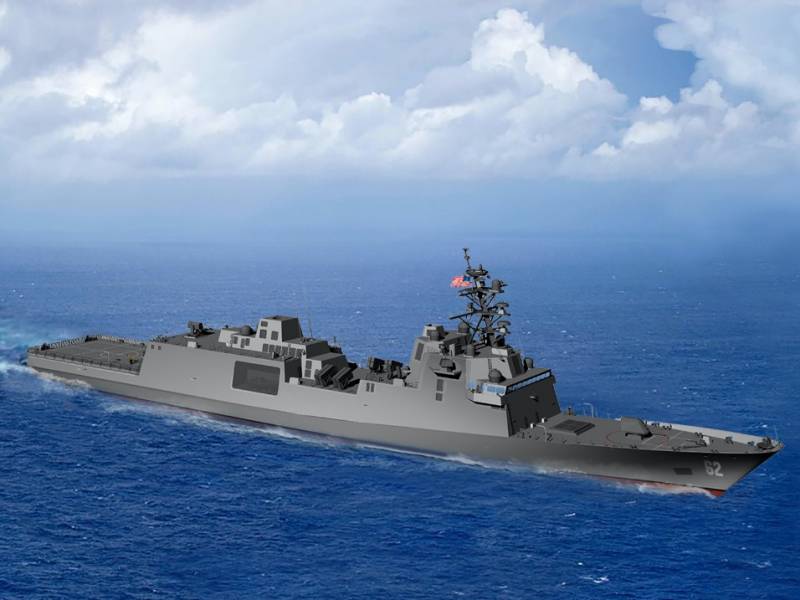 The leadership of the US Navy raised the issue of building a new frigate. According to the Minister of the Navy, this will make it possible to more successfully solve problems fleet... But there is one "but" ...


Those interested in the current state of the US Navy should be aware of the interesting experience in building the Zumwalt super destroyer. At first, the US Navy planned to turn the Zumwalt destroyers into one of the main components of the surface fleet, but then, due to financial problems, the number of destroyers was reduced from 32 to 3. Now the American naval command does not know what to do with super destroyers and what functions they should perform. But this experience appears to have taught little to senior naval officials.

US Navy Secretary Kenneth Braithwaite raised the issue of the possibility of developing and implementing a multinational frigate program that would resemble the program aviation to create the F-35 Joint Strike Fighter. The minister called the as yet non-existent program "Joint Strike". The minister's speech came a few days after President Donald Trump's national security adviser Robert O'Brien said he saw the need to increase the number of frigates in the US naval forces.

As the US Navy Secretary stressed, America could share frigates with its NATO allies, as well as strategic partners in all regions of the world. That is, we immediately started talking about the financial benefit for the States. But here, again, there is a reference to the sad experience of the "super destroyer": if it was not possible to establish mass production of Zumwalt, then where are the guarantees that even more costly mass production of "superfrigates" will be organized, and even in the context of discussions about its supplies abroad.

However, just export orientation can become one of the ways to reduce the cost of building frigates. Not so long ago, the US Navy was already considering the possibility of acquiring frigates of foreign projects, ultimately opting for the Marinette Marine FREMM concept based on the Franco-Italian Fregata Europea. We are talking about a multipurpose frigate for the French and Italian navies, as well as the Moroccan and Egyptian navies. All of these countries are American military partners.

Connecting with international partners through the Joint Strike Frigate program can expand the capabilities of the US military industry and attract additional investment in shipbuilding companies. To create a large number of frigates, the deployment of new shipyards will be required, which means that the production capacities of all segments of the industry, one way or another interacting with the shipbuilding industry, will be loaded.

In addition, there will be new jobs for engineers and workers, which also fits into the framework of Trump's long-standing program to increase the number of jobs in American industry. It is clear that the construction of new frigates would help narrow the widening gap between the capabilities of the American military shipbuilding and the Chinese military shipbuilding, which is constantly building up the power of the PLA Navy and increasing the number of destroyers and landing ships.

Regardless of whether the Joint Strike Frigate program becomes a reality or the US Navy stops purchasing European-type frigates, one thing is clear: the Pentagon plans to increase investments in the surface fleet, but will they only be justified? The sad experience of Zumwalt shows that at first it is necessary to very carefully calculate all possible consequences, and only then make a decision to launch a new program.

Ctrl Enter
Noticed oshЫbku Highlight text and press. Ctrl + Enter
We are
Yuri Drozdov: Russia prepared the role of the sacrificial calfRussia is taken to the Golden Billion
41 comment
Information
Dear reader, to leave comments on the publication, you must to register.