In the United States, they found a sphere for the active use of F-117 stealth aircraft 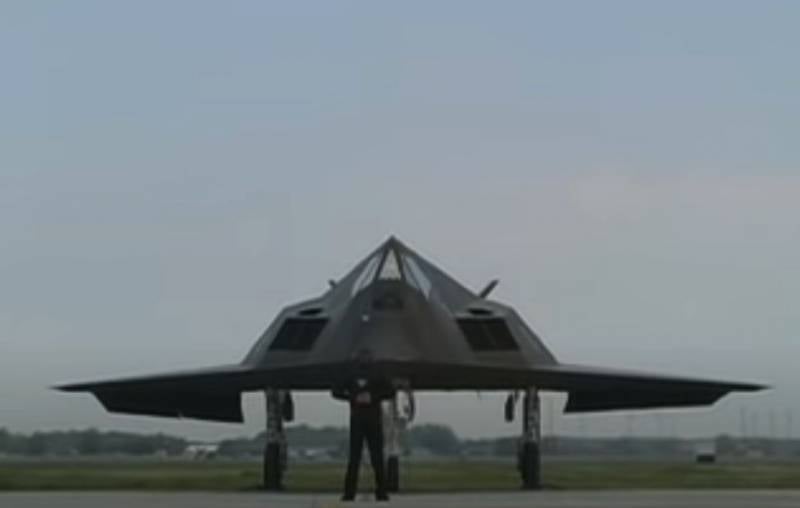 The famous F-117s, nicknamed "Nighthawks", suddenly appeared at the US Marine Corps base in Miramar. This should come as a surprise when you remember that the F-117 was removed from service by the US Army in 2008.


Recall that the Lockheed F-117 Nighthawk is a single-seat, low-signature subsonic tactical attack aircraft. He was in service with the American army in 1983-2008. During this time, the "Nighthawks" managed to take part in a number of armed conflicts, including the invasion of Panama, the wars in the Persian Gulf and Yugoslavia, and the 2003 Iraqi war. A total of 64 F-117 aircraft were produced.

At the same time, the aircraft showed itself quite well, but in 2008 it was still decided to withdraw it from service. One of the main reasons for this decision was the development of the latest F-22 Raptor aircraft, with which the Pentagon was going to replace the F-117. Nevertheless, the "Nighthawks" were not finally gotten rid of.

Tyler Rogoway, author of the popular publication The Drive, writes that F-117s have recently been increasingly used in large-scale military exercises of the American army. The scope of their application has been found. This is a small fraction of the approximately 40 aircraft still in storage. Now the F-117 is used as an "enemy" during exercises. Since the aircraft is of low visibility, the radars of new aircraft, primarily the F-35, are checked on it. In addition, F-117s are involved in practicing air combat tactics.

So, in May 2020, F-117 aircraft made a number of sorties over the Pacific Ocean as an enemy of the US Navy strike aircraft carrier group. Then the planes could be observed over the Mojave Desert. Such activity of F-117 is associated, according to Rogoway, with various factors. An important role is played by the loss of the US monopoly on stealth technology: now "invisible" planes appear in potential enemies, which means that it is necessary to constantly improve the target detection infrastructure of the US Air Force fighter planes.

Of course, the F-117 can hardly be called an advanced aircraft in terms of stealth technology, but in any case it is a difficult and dangerous enemy. In addition, in the current situation, the F-117 is still a worthy aerial vehicle, at least until the American aviation will be able to use real fifth generation strike aircraft.

Until recently, the US military used less modern aircraft as an "enemy" in exercises. But the growing challenges of our time dictate the need to adjust the curriculum. American pilots need to train to act against a serious enemy, including those with stealth aircraft.

The use of the F-117 allows not only to improve the quality of training of crews and ground services, but also to identify "pain points" of modern fighters during testing, drawing attention to those areas in which work should be accelerated. According to Rogoway, the Pentagon has a unique chance to constantly increase the combat capabilities of new aircraft, and the F-117 will help American aviation in this, at least until more modern aircraft appear in the squadrons of conditional opponents.

Ctrl Enter
Noticed oshЫbku Highlight text and press. Ctrl + Enter
We are
December 2010 years. Russian March. Senseless and merciless? Notes not a Russian personIn 5-10 years, Russia will be rejected in the stone age?
46 comments
Information
Dear reader, to leave comments on the publication, you must to register.