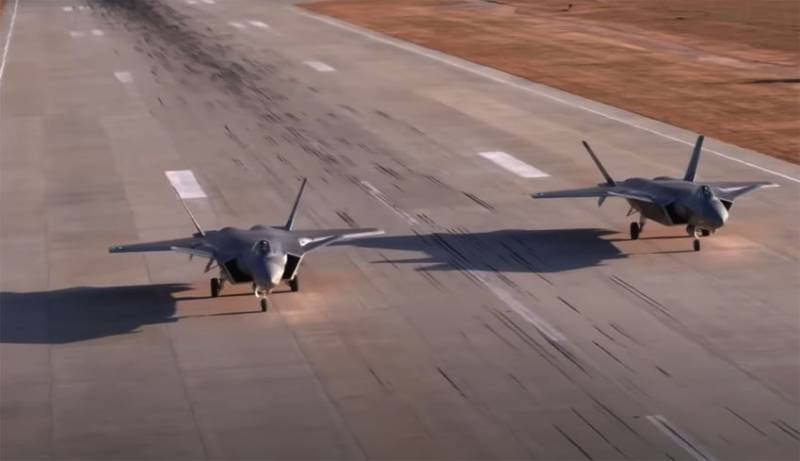 Indian media publishes materials that examine the degree of threat from the Chinese fifth generation J-20 fighters. One of the Indian experts looking at this topic is Srinjoy Choudhury.


Traditionally for many Indian experts - without providing specific technical and technological justifications (and this is what Chinese experts are guilty of) - Chowdhury writes that the PLA J-20 fighters “do not have a high enough level of stealth to allow them to remain unnoticed by ground-based air defense radars. and aviation India. "

It may not turn out to be at all the stealth in its level, which should be characterized by modern requirements. The J-20's stealth deficiencies will allow Indian air defense to catch their breath - it is quite easy to track Chinese aircraft in the air.
The Indian press indicates that the PLA Air Force J-20 fighters have already twice been detected by the radars of the Su-30MKI aircraft of the Indian Air Force.

One of the obstacles to the J-20's stealth is the Russian Al-31F engines.
It is added that during the afterburner the aircraft "consumes a huge amount of fuel, which reduces its range, while making it visible to radars."

As a result, the Indian observer sums up:

The J-20 is a challenge from the PLA for the Rafale fighters acquired by the Indian Air Force, but it has drawbacks that the Indian air defense system can exploit.
Ctrl Enter
Noticed oshЫbku Highlight text and press. Ctrl + Enter
We are
As part of Vladimir Putin’s visit to India, a number of large MTC contracts are expected to be signed.Delhi narrows its market for Moscow
39 comments
Information
Dear reader, to leave comments on the publication, you must to register.