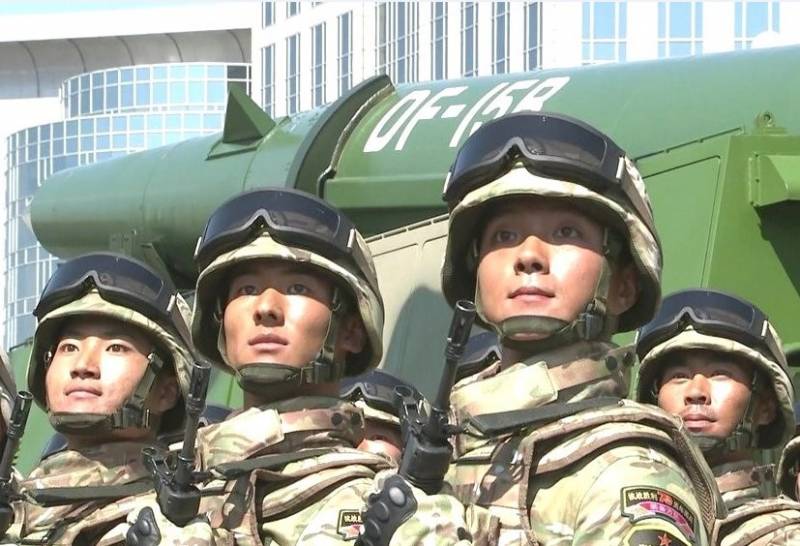 Beijing accuses Taipei of provocations. Chief among them is the speech of the President of Taiwan Tsai Ing-wen on October 10, in which she spoke in favor of a constructive dialogue with mainland China.

The journalists conclude that the only way out of this situation is a war with Taiwan. Moreover, signals coming from Washington say: the United States will not provide direct military support to the island, limiting itself to supplies weapons... In particular, the US President's National Security Assistant advised Taiwan to "turn into a porcupine," since "lions generally do not like to eat porcupines," meaning mainland China by a lion.

The publication notes that preparations for war have actually already begun, as evidenced by the scenarios of the PLA exercises and the frequent fly-overs of Chinese military aircraft around the island.

Yujianshui, one of the users, calls on the PRC government to be firm and use force, "to completely destroy all the illusions of the separatist elements in Taiwan, dreaming of independence."

Another, who signed it as Cold World View, was even more emphatic, stating:

Above such ... you need to raise the knife without any mercy.

Ctrl Enter
Noticed oshЫbku Highlight text and press. Ctrl + Enter
We are
Reports from the militia of New Russia for 27-28 September 2014 of the yearInterview of Vladimir Putin with Radio Europe-1 and TF1
45 comments
Information
Dear reader, to leave comments on the publication, you must to register.