The Sukhaya River Incident: 70 Years of American Bombardment of a Soviet Airfield 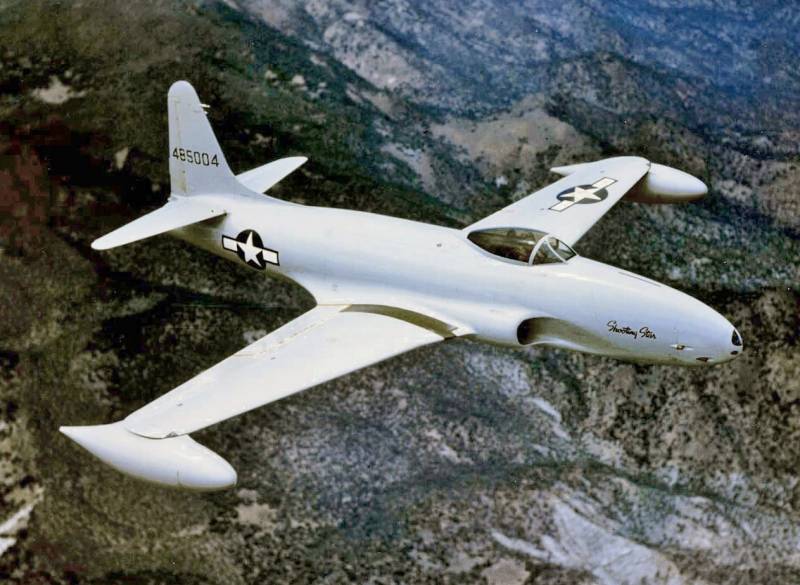 It so happened that many people quite sincerely believe that the confrontation between the US and the USSR, albeit a very fierce one, took place exclusively within the framework of the Cold War, that is, without shots and bloodshed. If they clashed in open battle, it was exclusively on a foreign land. And the treacherous attacks of the Americans on our country, its bombing and shelling existed only in the fantasies of political propagandists. So: this is the deepest delusion.


Few people know and remember this, but the first strikes of the American aviation not only on our aircraft, but also on ground forces, they were applied at the final stage of the Great Patriotic War, when it was fought in Germany. One of the best Soviet aces, Ivan Kozhedub (and not the only one), had shot down US Air Force planes. However, this is somewhat different история, and today we will recall the tragic incident that happened 5 years after the victory, on October 8, 1950, and in places extremely remote from the defeated Third Reich - on the territory of the Soviet Far East.

The matter looked like this: in connection with the sharply aggravated situation near the borders of the USSR (the beginning of the war in Korea), it was decided to redeploy units of military aviation closer to our borders, which were supposed to provide them with more reliable cover. One of these units, transferred to the Sukhaya Rechka field airfield in the Khasansky district of the Primorsky Territory, was the 821st Fighter Regiment of the 190th Fighter Aviation Division.

At that time, there were three full-fledged squadrons, manned by Bell P-63 Kingcobra fighters received during the Great Patriotic War as part of "Lend-Lease". These old cars were "ushatany", as they say, to the limit, but what was at hand, they moved to the border. The pilots who took up positions in the new positions knew very well about the fighting on the Korean Peninsula, but did not expect that what was happening there would affect them. The vast majority of our military continued to see the Americans as allies in the anti-Hitler coalition.

All the more their amazement was when at about 16 o'clock on a clear and sunny day, two clearly alien jet planes emerged from behind the nearby hills and rushed to the airfield. With what specific intentions, it became clear after both US Air Force F-80 Shooting Star fighters (and it was they) opened a hurricane of cannon and machine gun fire on the runway and the vehicles standing on it. Looking ahead, I will say: up to a dozen (according to official data - seven) of our aircraft were damaged by a sudden blow, at least one of them burned to the ground. There were no casualties among the personnel. But this, again, according to official data ...

None of the commanders who were at the scene of the incident thought to give the command to take off, knowing full well that the old piston "Cobras" against the jet "shooters" have no chances. Especially in the current situation. For this, they were subsequently accused of almost cowardice, but then the most unpleasant claims were removed - they sorted it out. However, organizational conclusions still followed: both the commander of the attacked air regiment and one of his deputies were demoted in positions.

At the international level, the scandal was also serious: Andrei Andreevich Gromyko, then Deputy Foreign Minister of the USSR, spoke from the UN rostrum with an angry note about the treacherous attack. The then US President Harry Truman personally had to take the rap for what happened, in a record (for Americans!) Two weeks, he fully admitted not only the fact of the incident, but also the American side's guilt in it. Washington assured Moscow that all those responsible for the incident suffered the most severe punishment and offered to "compensate for material damage." The times were Stalinist: the USSR refused to give American handouts and agreed with them that it was not worth making public what happened near Sukhaya Rechka.

On this, in fact, the more or less coherent official version ends, and then solid questions and riddles begin. The main one: why, despite the complete denial that one of our military men was injured during the raid on the territory of the former airfield, there is a monument in the official register listed as “an unnamed mass grave of Soviet pilots who died in repelling an attack by American bombers in 1950 "? According to local residents, the remains of either ten or twice as many people are buried under the modest monument.

Serious dark secret ... If the USSR at the highest level recognized the fact of the strike on the airfield, then why denied the victims? Finally, why is the grave "nameless" and common? Tea, not in 1941 it was - the identity of all the victims could be established without difficulty. And bury it with dignity. Or ... Is it some other incident? Clashes with the Americans that year in Primorye occurred more than once, and there were definitely casualties on both sides. Some are talking about dozens of American attacks. Alas, we are unlikely to find out the answer.

It is also an open question whether the attack on Sukhaya Rechka was a "tragic mistake," as the United States claimed for many decades, or a planned act of aggression. The Americans, both then, in 1950, and subsequently repeated about "navigational errors" and "lost their way" pilots who had the task of striking the North Korean military airfield Chongjin, but "got lost." Kilometers of some sort for a hundred ... And at the same time they confused Soviet planes with Korean ones. All this utterly resembles such a brazen and cynical lie, so familiar to the Stars and Stripes.

Eyewitnesses of those events claim that no "low visibility" and other meteorological conditions, on which the "error" could be attributed, were not observed at all. Moreover, both hijackers, US Air Force pilots Alton Kwonbeck and Allen Diefendorf, who were allegedly "put on trial by a military tribunal" (according to Truman) quietly served in combat aviation for 22 and 33 years, respectively. In addition, Kwonbek later made a very good career in the CIA. Suggestive ...

It is also not entirely clear how the enemy fighters "slipped through" the air defense system of Primorye, which was covered, in addition to the army, by the forces of the Pacific fleet (by the way, the attacked air regiment belonged to them). The Great Patriotic War weaned everyone away from carelessness and relaxation. Or not all? At least almost immediately after the incident, combat duty was introduced in the aviation units with the constant presence of pilots in aircraft ready for takeoff. Also in Primorye, the 303rd Air Division, already armed with jet MiG-15s, was instantly deployed.

Only one thing can be said unequivocally: the Americans arrived, obviously planning a raid on Sukhaya Rechka as an act of intimidation, literally on their own heads. It was useless to frighten Comrade Stalin, but after that he lost all doubts about the true intentions of the "allies". And he gave the order to form the 64th Fighter Aviation Corps under the command of Ivan Kozhedub, whose aces shot down so many American planes in the Korean War that it was enough to pay off for Sukhaya Rechka in full.