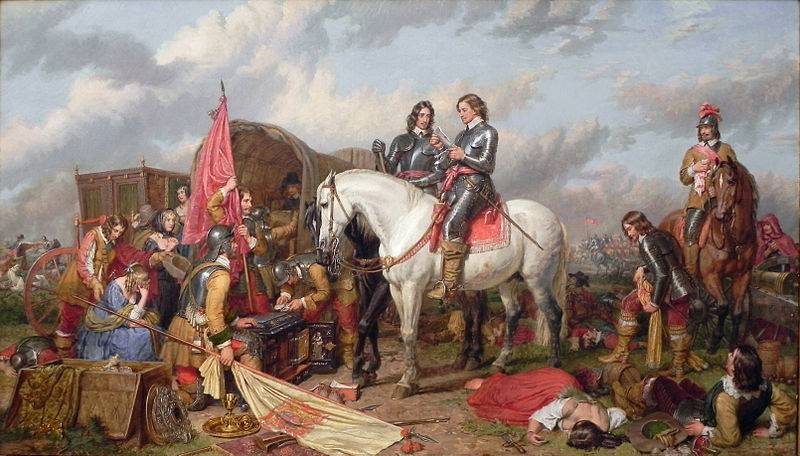 Cromwell reads a letter found in Charles I's wagon train after the Battle of Nesby. Painting by Charles Landseer

History Russia XVI-XVII centuries. considered bloody in Europe. Indeed, this time was marked by Ivan the Terrible's oprichnina, Troubles, Razin's war, various riots. However, if we compare with the Western powers, then in Russia everything was not so bad. Where was she, for example, to England!

Country of traders and usurers

Unlike France or Spain, England was no longer an aristocratic state, but a commercial one. The tribal nobility was carved out in centuries of strife. In particular, during the War of the Scarlet and White Rose in the XNUMXth century. The aristocracy was replaced by gentry - "new nobles" who emerged from the wealthy merchants and usurers. At first, it even seemed beneficial and progressive for the country. The new nobles were enterprising, active, starting new enterprises, manufactures, building ships, looking for new markets and sources of raw materials. Trade developed rapidly. Kings relied on the gentry, who gave great powers to parliament. It consisted of two chambers, peers (lords) and communities, approved laws and a budget. Also, the royal power declared itself the patron saint of all Protestants. This also seemed politically beneficial. England became an exporter of uprisings and revolutions.

But the rest of the people did not benefit from this. The new nobles held the so-called. fencing. The peasants were driven from the land from which they fed, as it was economically more profitable to use the land for other purposes (for example, for pastures). Bloody legislation was immediately introduced against thousands of vagrants and beggars. They were turned into slaves, working for a bowl of stew, or branded and hung. The survivors were forced to go to the enterprises of the rich, to their ships with beggarly pay and hard labor conditions, quickly driving a person to the grave. Slums have sprung up in the cities. Ordinary people could not find protection in court. The justices of the peace were the same rich and powerful, they also sat in parliament. Members of the House of Commons were usually several times richer than the Lords.

The merchants' appetites grew steadily. They knew how to save (most often on others) and be cost effective. Therefore, the parliamentarians in every possible way opposed the collection of taxes, since it concerned their pocket. Funding for the royal court was cut, as were government spending. Over time, the merchant stratum wanted to regulate the kings. 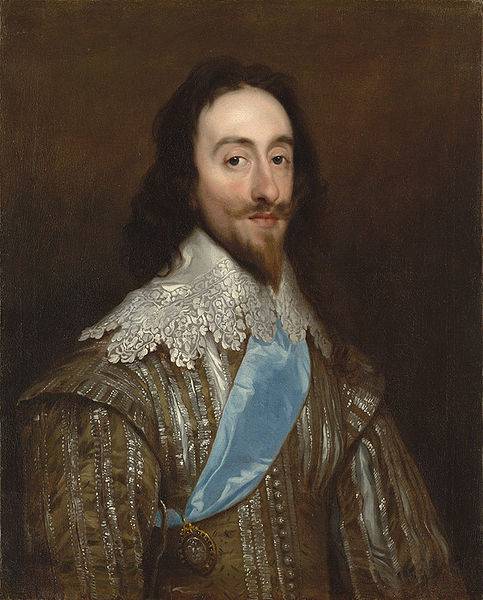 By patronizing the Protestants who sparked a series of violent wars across Western Europe, England itself became infected with heresies. Various sects multiplied. English merchants and bankers, like their Dutch counterparts, loved Calvinism. In him there was an orientation toward the "chosenness of God" of the rich. Professional success, prosperity, and wealth were the hallmarks of the "chosen few." The Anglican Church was autonomous, but retained many of the hallmarks of Catholicism. Calvinists (in England they called themselves Puritans - "clean") demanded to reduce the cost of the church. Destroy icons, rich altars, abolish the sign of the cross, kneeling. Bishops had to be replaced by synods of presbyters (priests) who would be elected by the flock. It is clear that the “chosen ones” were supposed to get to the synods.

Calvinism became the ideology of political opposition. Theories of the "social contract" were developed. It was believed that the first kings of Israel were chosen by the people according to God's will. Therefore, the current monarchs must rule within the framework of an appropriate agreement with the people, protecting their freedom. Otherwise, the king turns into a tyrant and opposes God. Therefore, it is not only possible, but also necessary to overthrow it. And the synods of presbyters should transfer the will of God to the monarch. It is clear that such ideas fell in love with the rich stratum.

The politics of Charles I

The English king Charles I ruled from 1625. He was a comparatively gentle and indecisive person who could not curb opposition. Conflicts with parliament (mainly over taxes) were ongoing. The deputies did not give the king money, they came up with laws that limited the power of the monarch. Charles and his advisers, the governor in Ireland, the Earl of Stafford and the Archbishop of Canterbury Lod, tried to stabilize the situation and find a compromise. The concessions only encouraged the opposition, they wanted even more. Parliaments were dispersed, but the new ones became even more radical.

The tensions were exacerbated by the problems of Scotland and Ireland. In 1603, King James VI of Scotland inherited the English throne and became King James I of England. Scotland was united with England, but was considered an independent state. The king was one, but governments, parliaments and laws remained different. The Scottish nobility was obstinate, quarrelsome, with almost no regard for the royal power. Local barons also liked Calvinism, which justified the freedom of the feudal lords. In Scotland, it was proclaimed the state religion. The barons became presbyters, created a council, and seized all power. And the king tried to pursue a policy of rapprochement between Scottish Presbyterianism and Anglicanism. He attracted bishops to higher positions, pushing back the local aristocrats.

Also, the Scots were annoyed by the issue of property and taxes. In 1625 Charles I issued the Revocation Act, which annulled all land grants by the kings of Scotland, beginning in 1540. First of all, this concerned the former church lands, secularized during the Reformation. The nobles could keep these lands in their ownership, but on condition of a cash payment, which went to support the church. This decree affected the financial interests of a large part of the Scottish nobility and caused great discontent with the king. In addition, the Scottish Parliament, under pressure from the king, authorized the taxation for four years in advance. Soon, this led to the fact that the taxation of land and income in the country became permanent, and this practice did not correspond to the traditional order for Scotland.

The British conquered Ireland several times. She was in the position of a colony. Irish Catholics were considered "savages", "white blacks". They were kept in the position of slaves, the land was taken away. The entire local administration consisted of Protestants. The Irish were turned into serfs, sold into slavery, taking them overseas. Even for the murder of an Irishman, an Englishman was punished with only a small fine. Of course, the Irish did not surrender, they constantly revolted. They were drowned in blood. To keep Ireland in check, British troops were stationed there. In Ireland, the king could impose taxes without the permission of parliament. Desperate for money, Karl did this on multiple occasions. But the patience of the Irish was not endless, in 1640 they rebelled again.

At the same time, Scotland was seething. The royal policy of introducing Anglican rites and liturgy into Scottish Presbyterian worship, as well as strengthening the power of the bishops, met with resistance. In 1638, a manifesto in defense of Presbyterianism, the National Covenant, was adopted. The king's opponents set up supplies weapons and equipment from Europe. Experienced commanders and mercenaries with experience of the Thirty Years' War arrived from there. Among them, Alexander Leslie stood out. Scottish rebels forged ties with the opposition to the king in London. As a result, the elders of Edinburgh and the opposition in London conspired and struck at the king.

The drama was played like clockwork. The Scots revolted in 1639 and captured the royal castles. The idea of ​​going to London was born. And in the English capital, parliamentarians whipped up panic, frightened the people with the "Scottish threat." But at the same time, the parliament refused to give money to the king for the war. Karl began to be blackmailed: money in exchange for concessions. With the Scots, the English opposition kept in touch, suggested the weaknesses of the royal supporters when to increase the onslaught, when to stop. The people were stirred up in London. In 1640, Leslie's Scottish army inflicted a series of defeats on the royal forces, invaded England and captured Newcastle. In the royal army, demoralized by poor funding, unpopularity of the king in society, unrest began.

Karl had to capitulate. Scottish troops received an indemnity. The king called a new parliament called Dolgiy (in force in 1640-1653 and 1659-1660) to introduce new taxes to be paid to the Scots. He signed a law according to which parliament could not be dissolved by anyone, only by his own decision. The king was deprived of the right to any extraordinary tax collection. The opposition, which hated the king's advisers, demanded that they be handed over for reprisals. Parliament tried them on a falsified charge of treason (no evidence was available). In May 1641, Thomas Wentworth, Earl of Strafford, was executed. Archbishop William Laud was held in prison for a long time, hoping for a "natural" death, and was eventually beheaded in January 1645.

The king was never given money. Parliament bought peace with Scotland. In 1641 the London Peace was concluded. All laws of the Scottish Parliament from the beginning of the uprising were approved by the king. The rebels received amnesty, the Scottish army received indemnity. Royal troops were withdrawn from a number of fortresses. 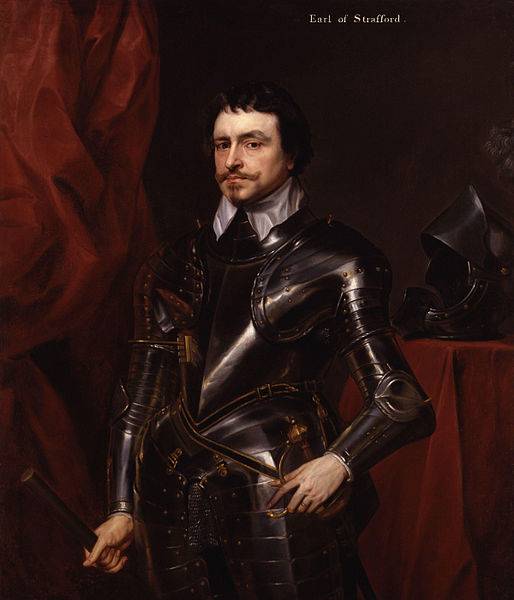 Ctrl Enter
Noticed a mistake Highlight text and press. Ctrl + Enter
We are
Persian campaign of Stepan RazinCavaliers are defeated. Battle of Marston Moore and Nesby
89 comments
Information
Dear reader, to leave comments on the publication, you must to register.