Explosions roar at a military facility in the Ryazan region 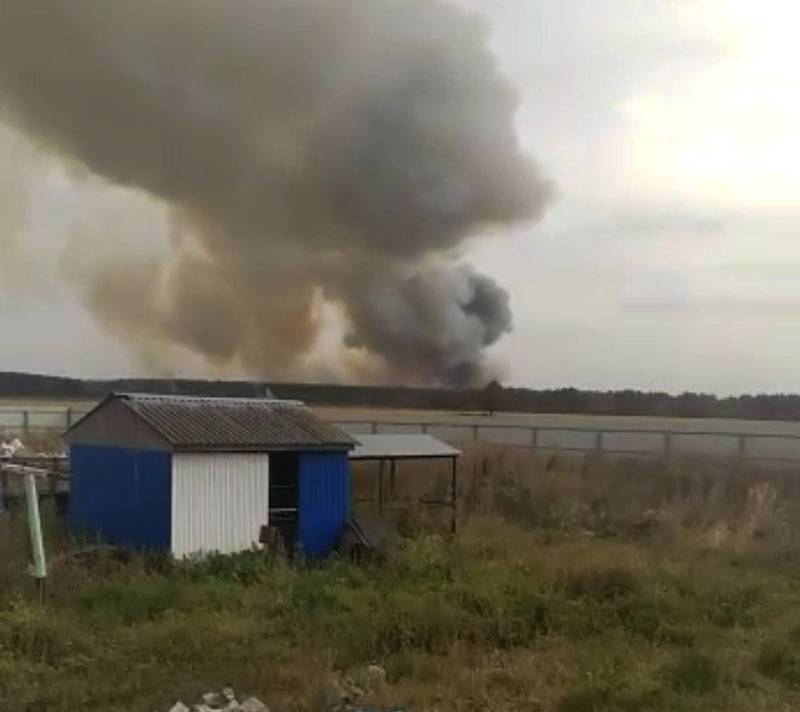 There are reports from the Ryazan region that explosions are thundering in the region and a fire broke out on the territory of one of the military installations. According to the latest information, events of this nature are unfolding in the Skopinsky district. The exact place is also named - Shelemishevskie khutors.


Eyewitnesses report that explosions are thundering on the territory of a military unit, and their power is such that "the ground and walls of houses are trembling even a few kilometers from the military facility."

According to the latest information, emergency services are being pulled to the scene. Fire brigade helicopters appeared in the air aviation.

Local media reported that the fire occurred on the territory of army ammunition depots.

In the meantime, photographs and video frames from the Skopinsky district appear on the network. On them you can see clouds of smoke rising to great heights.

The traffic police blocked the entrances to the facility, where a fire broke out and explosions continue to thunder.

At the moment there is no data on possible victims and destruction. At the same time, the local media claim that there is no threat to settlements located near the facility.


Video from another channel demonstrating the power of the explosion - a billowing mushroom: