"This will be a big leap": the US Navy is modernizing shipborne electronic warfare systems 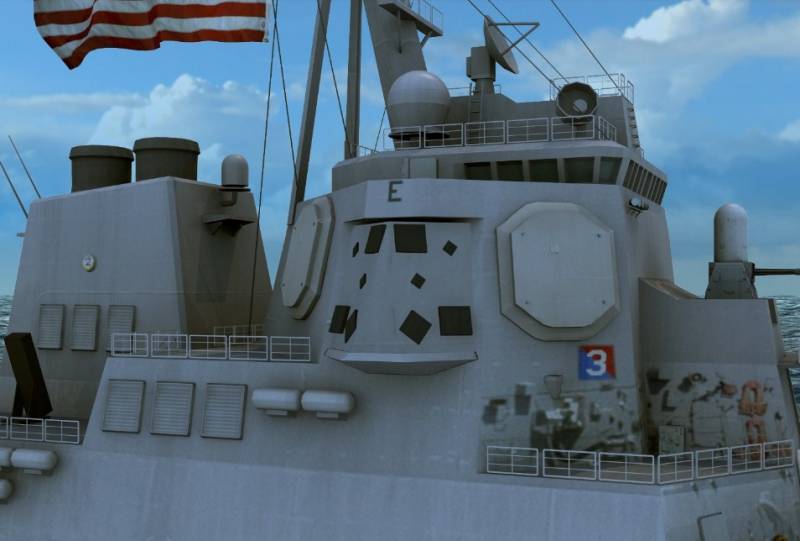 Currently, American ships are using the latest version of the long-standing AN / SLQ-32 Surface Electronic Warfare Improvement Program (SEWIP), designed to defend against the strikes of anti-ship attacks. The new version of this system was named AN / SLQ-32 (V) 7 SEWIP Block III. According to Rogovey, this version is more dynamic in repelling electronic attacks than the previous one, which was achieved through software optimization.

Both versions of the SEWIP Block III and Block II programs are part of the Naval Command's initiative to create a more coherent and user-friendly architecture for electronic warfare on ships. Currently, the US Navy is working on the problem of ensuring dominance in the electronic space, to create maximum interference with the enemy in the event of his attempts to strike at ships.

For the production of new electronic warfare equipment, the Pentagon signed a base contract worth more than $ 100 million with Northrop Grumman. The total amount of the contract exceeds $ 1 billion, and the readiness of the American military department for such costs indicates a change in the attitude towards electronic warfare: they are no longer considered as something secondary to offensive weapons.

We are writing a new chapter in stories AN / SLQ-32 systems. Innovation will revolutionize action fleet in battles of the near future,
- said Ingrid Vaughan, Vice President and General Manager for Marine and Land Systems Northrop Grumman.

It is not yet very clear what SEWIP Block III will look like in its final configuration. The new version of the electronic warfare system will be able to suppress enemy communications, data transmission channels, control channels for unmanned aerial vehicles, and provide opportunities for direct electronic attacks on enemy aircraft and ships. Modern software will make it easy to modify the system to constantly test new capabilities and technical solutions.

Tyler Rogoway agrees with the opinion of the corporation and argues that the day when the SEWIP Block III system will be installed on US Navy ships will be the beginning of a new era in the history of electronic warfare used in the Navy.

There is also no doubt that the Pentagon's increased attention to the modernization of electronic warfare systems on US Navy ships is associated with the significant role that the fleet will play in the event of aggravation of US-Chinese relations and a possible conflict in the Asia-Pacific region.

Ctrl Enter
Noticed oshЫbku Highlight text and press. Ctrl + Enter
We are
“Kill him!”: How the US Air Force fighter pilots instill an “air battle culture”Media: the United States tested in the Black Sea new weapons
31 comment
Information
Dear reader, to leave comments on the publication, you must to register.