"As in a computer game": the surviving cadet told about the fall of the An-26 in Ukraine 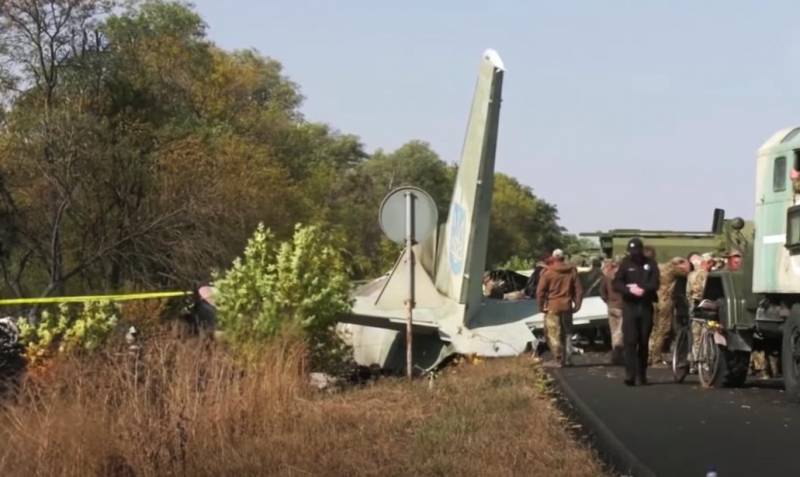 Ukrainian cadet Vyacheslav Zolochevsky is the only survivor of the An-26 plane crash near Chuguev. After recovering a bit, he told the press about what had happened.


Zolochevsky was lucky. Now every year on September 25, he can celebrate his second birthday. No one else survived the An-26 crash. On board the plane were cadets of the Kharkiv National University of the Air Force of Ukraine named after Ivan Kozhedub. In total - 7 crew members and 20 cadets - 12 third-year students and 8 fifth-year students.

Recall that the Kharkiv National University of the Air Force of Ukraine was formed as a result of the merger of a number of former Soviet military educational institutions that trained officers for the Air Force and Air Defense. Now the university trains pilots, aviation engineers, air defense specialists of the ground forces, anti-aircraft missile forces, radio-technical troops.

The An-26 this time, as usual, went on a training flight. The cadets were to be taught navigation, radio communications and engine starting. Among the cadets was a third-year 20-year-old Vyacheslav Zolochevsky. At the time of the crash, he lost consciousness, came to himself at night - near the wreckage of the An-26 aircraft.

Around - fire, aircraft wreckage, bodies of comrades.
Zolochevsky rushed to extinguish the burning cadet - Vitaly Vilkhovy. But the guy was not saved.

According to Zolochevsky, at first he could not understand what was happening. Everything seemed to the young cadet as some kind of episode of a computer game. But, unfortunately, this was by no means virtual reality.

There was a sharp roll, I flew over the course, hit my head. I was out
- says Vyacheslav.

The young man received a concussion, bruises, burns. But he stayed alive. Now he is already able to leave the hospital ward and even give interviews to numerous journalists who are so eager to learn all the details of one of the largest air crashes in modern stories Armed Forces of Ukraine.

Probably, the cadet managed to survive due to the fact that he was slightly crushed by the aircraft fuselage. This saved the guy from severe burns. But, in any case, he still has to undergo treatment for a long time, recovering from the consequences of the plane crash. In an interview with Ukrainian journalists, Zolochevsky said that he did not yet know whether he would continue his studies at the military university.

But Ukrainian President Volodymyr Zelensky is already writing about Zolochevsky as a new national hero, who himself, having been injured, tried to save his comrade. So it is possible that the command will persuade the young man to continue his studies and service in the armed forces after his final recovery.

As for the investigation of all the circumstances of the disaster, it continues to this day. Investigators are considering several versions of the causes of the tragedy, including a technical malfunction (of the engines), improper aircraft maintenance, pilot error, and air traffic controllers' error.