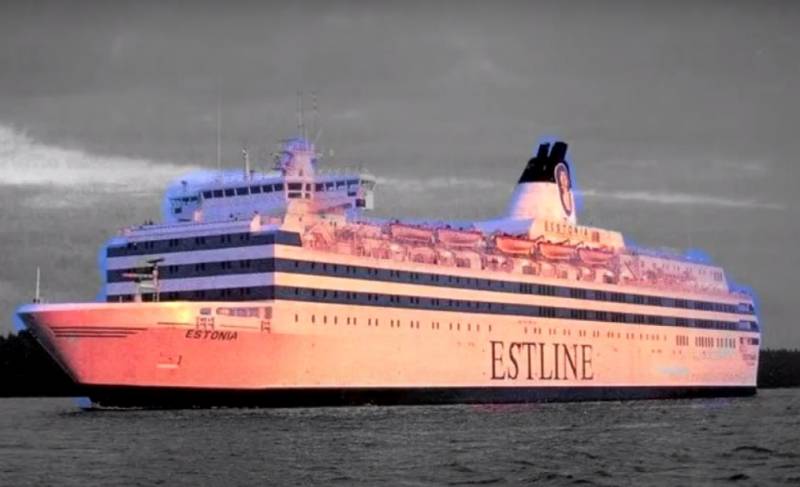 There is a new version of the crash of the ferry "Estonia" that happened 26 years ago. At that time 852 people became victims of the disaster in the Baltic Sea.


On the night of 27-28 September 1994, the ferry "Estonia" followed from Tallinn to Stockholm. On board the ship were 803 passengers and 186 crew members - citizens of 17 countries of the world. The ferry went under water at 01:48, and at 02:12 the first ship that received the signal for help arrived at the scene - the ferry "Mariella". Only at 03:05 the first rescue helicopter arrived at the scene of the tragedy. In total, only 138 people were saved, one of whom later died in the hospital.

852 people were killed or missing, while only 94 bodies were found. Of the 852 victims of the disaster, more than half (501 people) were citizens of Sweden, another 285 people were citizens of Estonia. Interestingly, initially 8 names were added to the list of those saved, but then they disappeared from it. Nobody else saw these people. It is possible that they were eliminated in order to conceal information about the true causes of the tragedy.

At present, the ferry "Estonia" is protected by the law on the peace of the dead, diving to the place of the sinking of the ferry and any attempts to investigate the tragedy are prohibited on pain of criminal prosecution. This position of the Estonian, Swedish and Finnish authorities only fuels all kinds of conspiracy theories of the ferry crash, including the version that the ferry was involved in the transportation weaponsleft after the withdrawal of Soviet troops from the Baltic states. 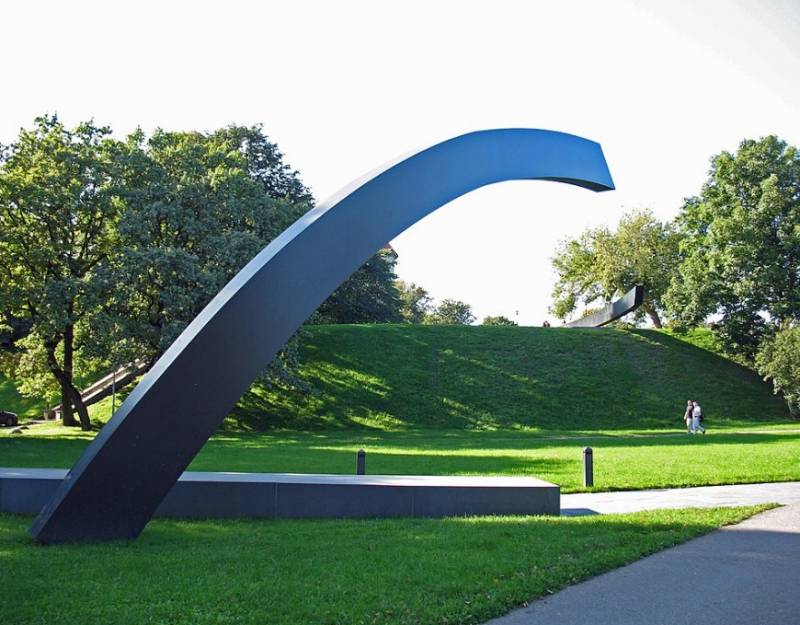 Memorial to the lost ferry in Tallinn, Estonia

However, recently the authors of the Discovery documentary “Estonia: a find that changes everything”, dedicated to the disaster 26 years ago, presented a new and very intriguing version of the causes of the tragedy. According to the filmmakers, a remote-controlled probe launched by them discovered a previously unknown hole 4 meters high and 1,2 meters wide in the ferry hull.

According to the documentary filmmakers, such a hole could only be caused by a powerful external force. Naturally, this statement was immediately taken into account by the governments of Sweden and Finland. After all, the mystery of the largest peacetime maritime disaster in Europe has not yet been solved.

Margus Kurm, who once headed the Estonian government commission to investigate the tragedy, said that the most likely cause of the loss of the ferry was its collision with an unknown submarine. According to Kurm, it is highly unlikely that the hole was formed as a result of a collision with the bottom or an underwater rock.

As you know, Sweden, Finland and Estonia carefully obstruct any attempts to independently investigate the causes of the tragedy. If now we are talking about the fact that the ferry could have died as a result of a collision with a submarine, then two possible scenarios for the further development of events should be expected.

The first scenario is that the information voiced by the documentary filmmakers will try to "silence" if it becomes known that the cause of the death of the ferry could be a collision with a submarine of any of the NATO countries, or the same Sweden. Indeed, in this case, it turns out that the people were killed by a "friendly" submarine.

The second scenario is that Russia can be blamed for the Estonia ferry crash, as the West is very fond of doing lately. It is enough just to throw into the media space the version that the ferry collided with a Russian submarine. There will be no evidence, but who needs it, if you remember stories with the poisoning of Skripals or Navalny. Of course, the fact that the topic of the Estonia ferry disaster was raised again 26 years after the tragic events, and even against the background of ongoing opposition to Nord Stream 2, cannot but raise questions.

Ctrl Enter
Noticed oshЫbku Highlight text and press. Ctrl + Enter
We are
Reports from the militia of New Russia for 1 September 2014 of the yearThe oldest rescue ship of the Russian Navy "Commune" celebrated the centenary anniversary of the bookmark
80 comments
Information
Dear reader, to leave comments on the publication, you must to register.