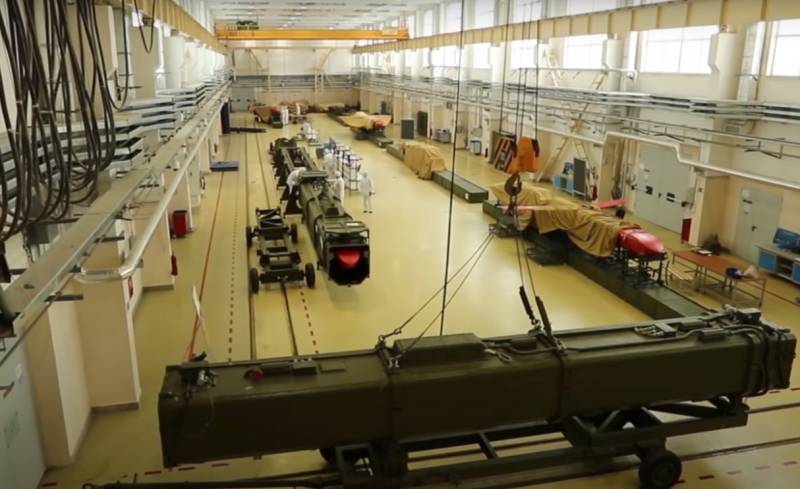 Rocket "Burevestnik" in the workshop of the manufacturer

The development of a nuclear-powered missile could give Russia huge arms advantages. President Vladimir Putin is convinced of this. However, to implement ambitious plans in life, you need to make a lot of efforts.

There is no doubt that the arrival of a nuclear-powered missile in Russia will give it significant advantages over a potential enemy. After all, such a missile would theoretically be capable of destroying any target on the planet. The range of such a missile will not be limited in any way.

As French military expert Corantin Brustlin said in an interview, the nuclear power plant removes the restrictions on the amount of fuel, which allows the missile to use trajectories not tracked by the enemy and strike weakly protected targets. Naturally, the presence of such a missile will make it possible to break through the enemy's anti-missile defense system. In the increasingly complicated world military-political situation, this will become a very serious trump card.

A nuclear-powered cruise missile has a fairly simple operating principle. Compartments with powerful heaters are located along the sides of the rocket. Atmospheric air, getting into these compartments, heats up to several thousand degrees, its outflow creates thrust.

However, the creation of a rocket with a nuclear power plant is fraught with a number of technical difficulties. First of all, it is necessary to create a nuclear reactor large enough to fit into a rocket. At the same time, both President Vladimir Putin and the Ministry of Defense of the Russian Federation declare that Russia already has such a missile - the 9M730 Burevestnik, equipped with a small-sized nuclear power plant. American physicist Jeff Terry named the estimated useful power of the rocket's nuclear engine - 766 kW, which is quite comparable with the power of the new generation of compact nuclear power plants. 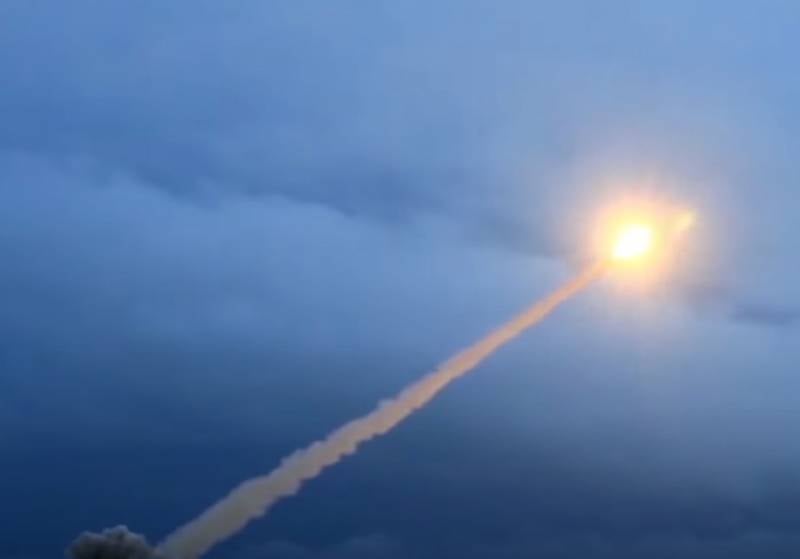 Launch of the Burevestnik rocket
At first, the West was dominated by a rather skeptical attitude towards the prospects of the Russian missile. By the summer of 2020, it was replaced by wariness. For example, the US President's Special Representative for Arms Control Marshall Billingsley said that something like this weapon should not exist at all, since it is a "flying Chernobyl".

This was followed in September 2020 by a statement from the head of British military intelligence, Lieutenant General Jim Hockenhall. He stressed that the Burevestnik rocket is capable of staying in the air for an almost unlimited time. This allows for unexpected strikes against targets.

In 2018, the Ministry of Defense of the Russian Federation published a video of the tests of the Burevestnik missile. The rocket was fired from a ground-based launcher, and it was possible to film the rocket's flight from the fighter plane. Outwardly, the "Petrel" with its angular bow resembles the Kh-101 cruise missile. But if we talk about the size, the "Burevestnik" is much larger than the X-101. The Burevestnik is also heavier, which is not at all surprising, given the fact that a nuclear reactor is placed on board the rocket.

Separately, it is worth noting the Poseidon underwater vehicle, which is also equipped with a nuclear power plant. In fact, Poseidon can be called a kind of nuclear torpedo, whose main task is to deliver a warhead to the coast of an enemy country. According to Vladimir Putin's statement, the Poseidon has a nuclear installation that allows the drone to reach speeds "multiples" the speed of all other similar underwater vehicles and torpedoes, including the MU90 / IMPACT. The reactor used on the Poseidon, according to the president, is 100 times more compact than the reactors of modern nuclear submarines.

Thus, the presence of nuclear-powered missiles and torpedoes in Russia gives very serious advantages in the event of a global armed conflict. Of course, it is better that the matter does not come to the use of missiles in practice, but the paradox of the situation is that the very fact that our country has such weapons is one of the best guarantees against unleashing another war on a global scale.

Ctrl Enter
Noticed oshЫbku Highlight text and press. Ctrl + Enter
We are
A great interview with Sergey Lavrov: about Ukraine, Obama and IranWhat you didn't want to know about England
265 comments
Information
Dear reader, to leave comments on the publication, you must to register.