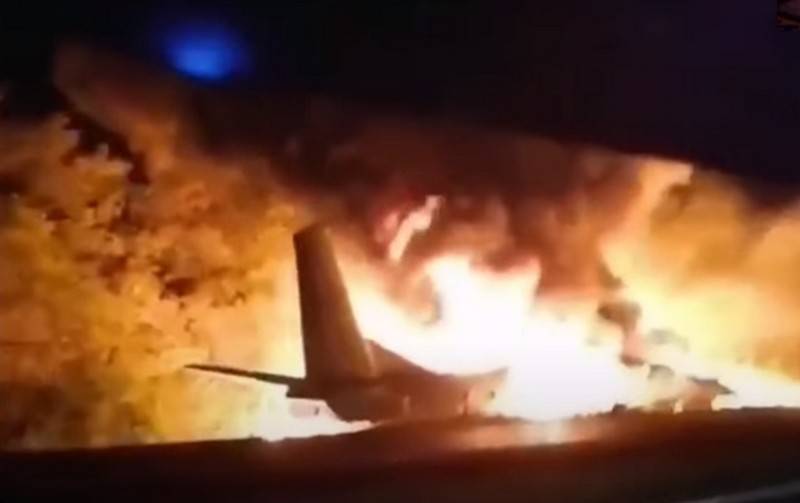 According to available information, there were 28 people on board the aircraft: 7 crew members and 21 cadets of the Kharkov University of the Air Force of the Armed Forces of Ukraine. The plane was on a training flight. At the moment, it is reported about 22 two dead, two more were taken away by ambulances with numerous burns to 90% of the body, one of them is in critical condition. The fate of four people has not been established.

At the scene. According to preliminary data, there were 28 people on board, including 7 officers and 21 cadets. Unfortunately, 22 people died, 2 survived (1 in critical condition), the fate of four at this moment is unknown. Pray for life, provide emergency care
- said the head of the regional state administration Alexei Kucher.

The data is confirmed by the State Emergency Service.

Rescuers and firefighters are working on the spot, a special commission has been created to determine the causes of the crash. President of Ukraine Zelensky is urgently flying to Kharkiv.

Reportedly, the plane, for reasons not yet established, hit the ground during landing, broke in the middle and ignited due to the spilled fuel.
Ctrl Enter
Noticed oshЫbku Highlight text and press. Ctrl + Enter
We are
Reports from the militia of New Russia for 1 September 2014 of the yearThe accidents of military aircraft in Russia over the past 10 years