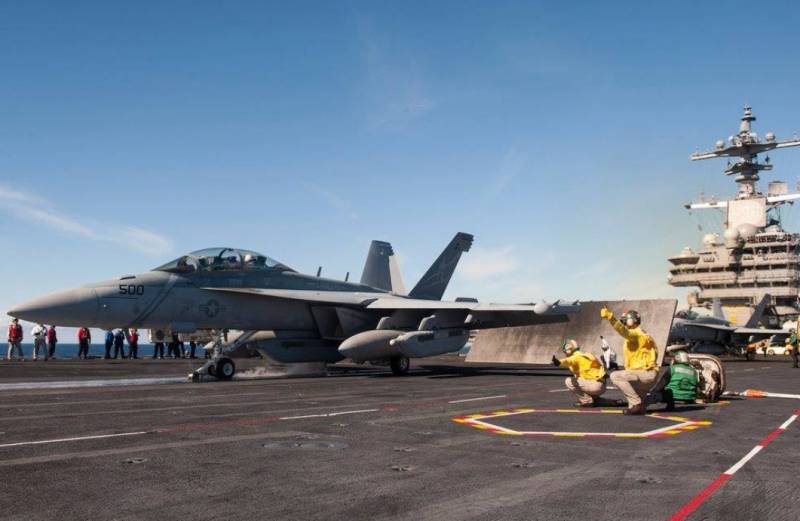 The US continues to test new electronic warfare capabilities for the E / A-18G Growler. This time we are talking about the NGJ (Next Generation Jammer) program.


Low-frequency jamming system was tested in an anechoic chamber of the naval aviation Patuxent River base in Maryland. The anechoic chamber, in turn, is one of the components of the test laboratory of the aviation combat situation of the US Naval Aviation Command. To showcase the developments, the Navy even approved the release of an image of an EA-18G aircraft with a prototype NGJ-LB module.

Thanks to the anechoic chamber, any ambient electromagnetic radiation is eliminated, allowing more accurate testing of the influence or non-influence of the various electronic systems of the aircraft on each other. As you know, interference from one or more systems can seriously interfere with the operation of other systems, which negatively affects the flight test process.

The combination of black and blue dyed spikes on the walls and floor, together with a radio frequency absorbing material, can suppress any electromagnetic waves in the chamber. The aircraft is suspended from the ceiling in the center of the chamber. This is especially important for testing electronic warfare systems. 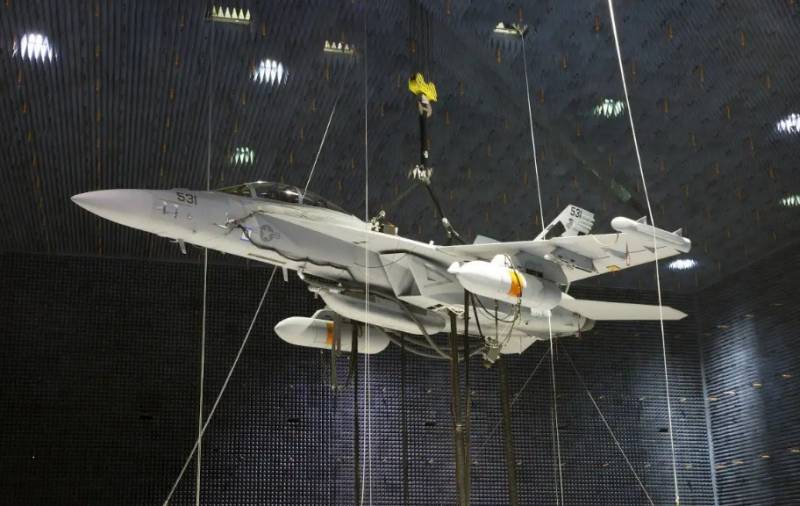 The AN / ALQ-99 (V) radio interference system is intended for electronic reconnaissance and electronic suppression of enemy radar stations, its ground and aviation radio communications.

In March 2020, the Naval Aviation Command announced the completion of development tests for the next generation jamming system developed by Raytheon. However, this system, also known as AN / ALQ-249 (V) 1, faced a number of difficulties during testing. Therefore, the NGJ-LB and MB systems are now being tested.

At the same time, it is not yet clear when the new system will be tested in the first flight of the aircraft. But we can say that its tests are coming to an end and in the foreseeable future it will be installed on the EA-18G aircraft of the American naval aviation.

It should be noted that the emergence of the NGJ system will become a real technical breakthrough for the United States in the development of electronic warfare systems for various purposes and basing. This is not just about the electronic warfare equipment deployed on the E / A-18G Growler aircraft. The new system can also be installed on a promising electronic warfare aircraft, which is being developed on the basis of the F-35B fighter aircraft. Experts believe that the potential of the system will be 3-5 times higher than that of the AN / ALQ-99 system, which was developed earlier.

Ctrl Enter
Noticed oshЫbku Highlight text and press. Ctrl + Enter
We are
Reports from the militia of New Russia for 27-28 September 2014 of the yearYuri Drozdov: Russia prepared the role of the sacrificial calf
9 comments
Information
Dear reader, to leave comments on the publication, you must to register.