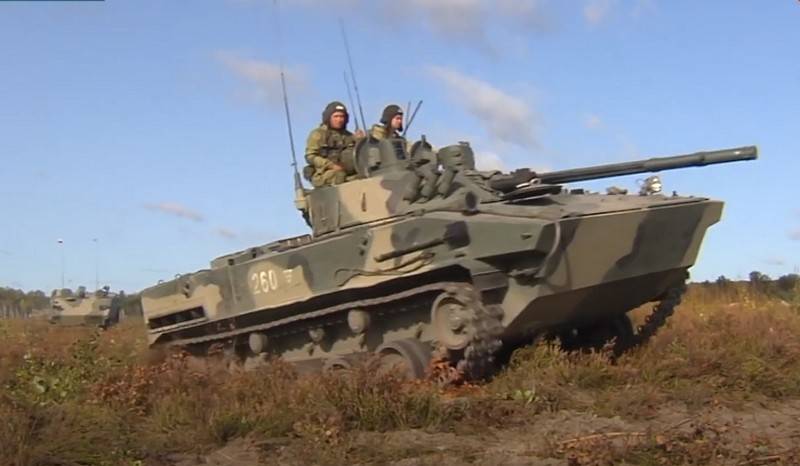 President of Belarus Alexander Lukashenko made a decision to hold the second stage of the exercises "Slavic Brotherhood", which will be held on the territory of the republic from 22 to 25 September. This is reported by the Ministry of Defense of the Republic of Belarus.


The military department reported that six thousand servicemen, including one thousand from Russia, will take part in the second stage. The maneuvers will take place from 22 to 25 September in the form of an operational tactical exercise. The main task is to practice the conduct of joint combat operations in difficult conditions, including marches, airborne personnel and military equipment from military transport aircraft. aviation, forcing water obstacles, conducting live firing, as well as the combat use of aviation.

Against the background of the military-political situation around the Republic of Belarus, the President of the country (Alexander Lukashenko) made a decision to hold the second stage of the joint Belarusian-Russian exercise "Slavic Brotherhood - 2020"
- said in a statement.

In total, 6 thousand servicemen and about 500 units of military equipment will take part in the second stage, of which 1 thousand military and about 100 units of military equipment will be Russian. Major General Sergei Potapenko, Deputy Defense Minister of Belarus, will supervise the exercise. The maneuvers will take place at the 230th Obuz-Lesnovsky combined-arms training ground, the Brestsky and Gozhsky training grounds, and the Ruzhansky 210th aviation training ground will also be used.

Belarus will be represented by servicemen of the Western Operational Command, special operations forces of the armed forces, air force and air defense forces, missile forces and artillery, from Russia - units of two formations of the Airborne Forces of the Russian Federation. The first stage was attended by 300 Russian paratroopers from the Pskov Airborne Division.
Ctrl Enter
Noticed oshЫbku Highlight text and press. Ctrl + Enter
We are
Joint Russian-Belarusian-Serbian exercises "Slavic Brotherhood-2018" will be held in NovorossiyskJoint Russian-Belarusian-Serbian exercises "Slavic Brotherhood-2017" to be held in Belarus
63 comments
Information
Dear reader, to leave comments on the publication, you must to register.