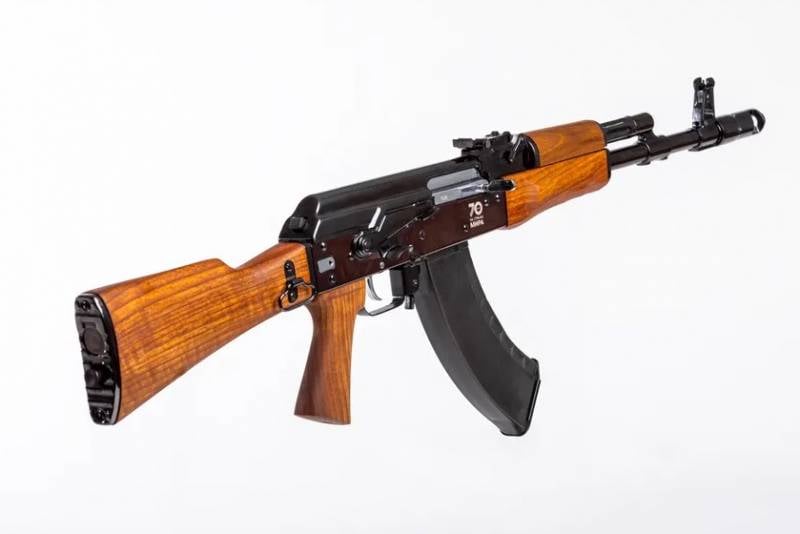 In the Russian defense industry, the professional holiday is celebrated on September 19. It began in 2012, after the adoption of the corresponding presidential decree in December 2011 by Dmitry Medvedev.


September 19 is considered in the Orthodox tradition as the day of veneration of the Archangel Michael, who is not only the leader of the heavenly army, but also the patron saint of masters armory cases. Therefore, this date has become a holiday for workers of the military-industrial complex of our country, who create unsurpassed samples of domestic weapons.

The very idea of ​​the holiday arose thanks to another Mikhail, whose surname is known all over the planet, Kalashnikov. This happened in 2010, when Russian Prime Minister Vladimir Putin visited the defense enterprises of Izhevsk. During the trip, he met with the renowned inventor of the legendary Soviet AK-47 assault rifle. The conversation of the country's most famous weapons designer Mikhail Kalashnikov with Putin resulted in the emergence of a new holiday. 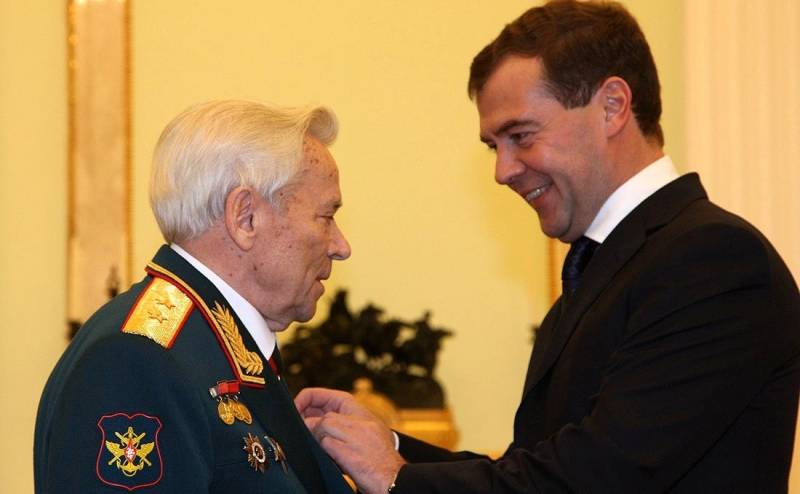 Having mentioned Kalashnikov, it is impossible not to recall other talented creators of Russian weapons, which our country has always been rich in.

Among them is Sergei Mosin, who in 1891 gave his name to the famous rifle he created, known in Russia and abroad as the "three-line". It turned out to be such a perfect weapon that it served for over a century. One of the last countries to officially withdraw it from service was Belarus. And this happened in 2005.

It is also worth mentioning Vasily Degtyarev, who was the author of not only a whole line of machine guns, but also the creator of the formidable anti-tank gun PTRD, which caused significant damage tank units of the Wehrmacht. And in 2014, it again served the Donbass militia fighters, but already against the Ukrainian punishers.

And how not to remember Georgy Shpagin, who created the most massive automatic weapon of the Red Army in the Great Patriotic War - the PPSh submachine gun, which the soldiers affectionately called "daddy".

Let's not forget the name of the creator of the PM pistol Nikolay Makarov. He not only armed our army officers and law enforcement officers. In addition to weapons, he created a hand-held machine for closing lids during conservation, familiar to every Soviet mistress.

Let us also recall Evgeny Dragunov, who created the most massive sniper rifle in the world - SVD. Although it is already about half a century old, its modernized version is still used today.

With the development of technology, weapons also developed. And the latest examples of Soviet and Russian weapons, even the most high-tech ones, have always been at least at the level of foreign ones or exceeded them. And all of this happened thanks to our talented engineers in the defense industry. Among them, one cannot but recall Academician Anatoly Savin, who was involved in the creation of reactive guided weapons, global information and control systems used in the space industry, and many other high-tech developments.

In addition to these famous designers and gunsmiths, I would like to mention with a kind word the ordinary Russian and Soviet workers in the defense industry who forged Victory during the Great Patriotic War. And after the war, they helped to ensure the defense of our country.

Today the editorial board of "Voenny Obozreniye" wants to congratulate the valiant workers of the military-industrial complex of Russia. We congratulate the gunsmiths of Tula, Kovrov, Izhevsk, Komsomolsk-on-Amur and dozens of other cities where the basis of our national defense is being created. We wish success in labor to the creators of the glorious Russian weapons!