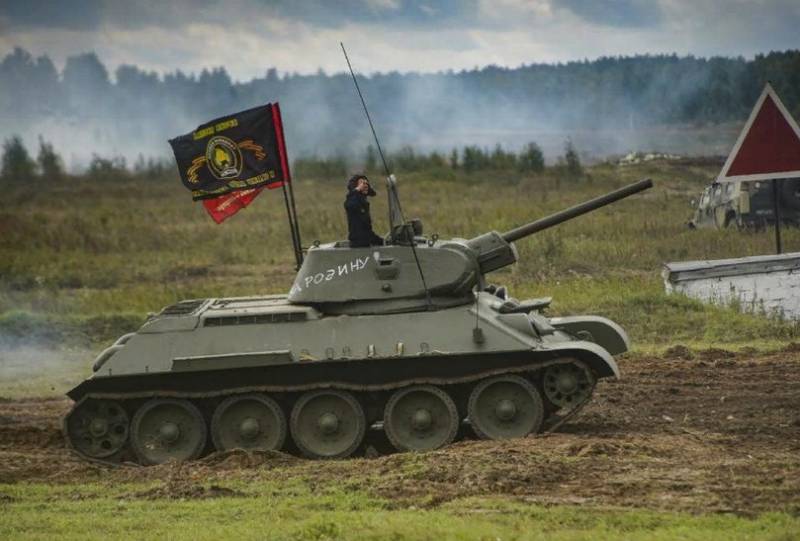 Professional holiday of military personnel tank divisions and workers of tank-building enterprises does not have a fixed date. It is usually celebrated on the second Sunday in September. This year, Tanker's Day falls on September 13th. It is celebrated by tankers, tank builders and everyone connected with armored vehicles.


For the first time armored vehicles appeared at the beginning of the last century. Then they worked on them simultaneously and independently of each other in several countries. In Russia, the development of a heavy armored combat vehicle in 1911-1915 was carried out by Vasily Mendeleev, the son of the famous chemist Dmitry Mendeleev. He did this not by order of the state, but on his own initiative after his main job. Neither the military leadership nor the tsarist government was interested in the ideas of the Russian enthusiast, and at that time a tank was being created in Great Britain, which for the first time stories took in a combat operation - the breakthrough of the German fortifications.

Domestic tank building became an industry only during the Soviet era. The first tank in the USSR was initially copied from an English combat vehicle. It appeared on August 31, 1920 at a plant in Nizhny Tagil. This event is considered the birthday of the domestic tank building industry.

By the beginning of the Great Patriotic War, the country was able to organize the mass production of tanks, whose characteristics were not inferior to their foreign counterparts, or even surpassed them.

At the same Nizhniy Tagil plant, the legendary T-34 was subsequently produced, which after the war was called the Victory tank.

During the war years, tank units played a key role. They destroyed the enemy, as part of the Red Army, they participated in the liberation of their country, and then of the European states occupied by the Nazis. Soviet tanks reached Berlin itself - the lair of the Nazis - and together with the infantry, artillery, aviation and other roles of the troops won the Victory.

The Day of the Tankman was established in honor of the significant contribution of the Soviet armored forces of the East Carpathian operation of 1944, which actually began the liberation of Eastern and Southeastern Europe. Initially, the holiday was celebrated on September 11, but after 1980 it was decided to celebrate Tankman's Day annually on the second Sunday of September.

On this day, military parades, celebrations and festive fireworks are held. The holiday is celebrated on a special scale where there are factories for the production of armored vehicles, as well as in places where tank units are stationed.

The editorial board of Voenniy Obozreniye sincerely congratulates the servicemen of the tank forces and tank builders on a double holiday - the Day of the Tankman and the 100th anniversary of the national tank industry. We join in the congratulations of colleagues, colleagues, relatives and friends. We wish all the best to those who operate formidable combat vehicles, who create these armored masterpieces of engineering, as well as everyone related to the tank forces or the tank building industry.

Ctrl Enter
Noticed oshЫbku Highlight text and press. Ctrl + Enter
We are
Happy Tankman Day!December 2010 years. Russian March. Senseless and merciless? Notes not a Russian person
81 comment
Information
Dear reader, to leave comments on the publication, you must to register.