Sarah Wagenknecht: If we impose sanctions for human rights violations, then we need to give up oil from the United States and Saudi Arabia 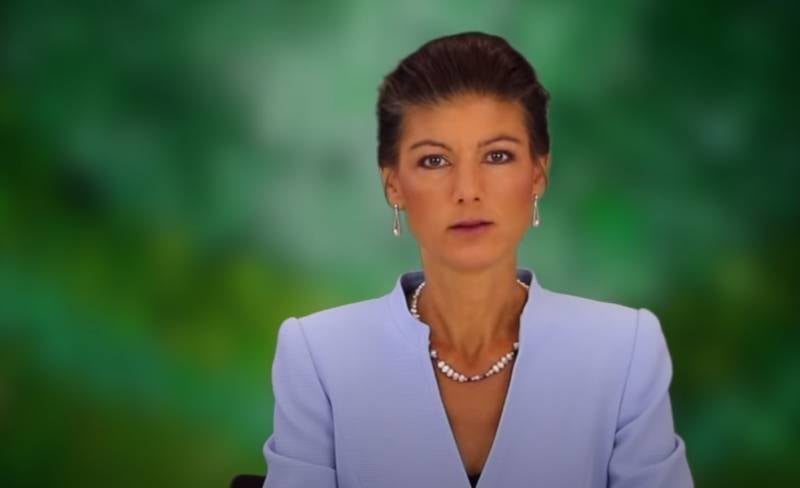 Bundestag deputy from the Left party Sarah Wagenknecht criticized the calls of certain representatives of the German authorities to ban the further construction of the Nord Stream 2 gas pipeline. Recall that a whole group of German politicians, including government officials, announced their readiness to support sanctions against the Russian Federation because of the "poisoning of Navalny." German Defense Minister Kramp-Karrenbauer even stated that a chemical was used against the Russian opposition weapon, but she did not specify exactly where it was applied, given that Navalny was delivered to Germany in a stable condition.


According to Sarah Wagenknecht, it is extremely surprising for her that the German government suddenly decided to take care of the state of affairs with human rights in Russia and, on this basis, close the construction of a gas pipeline from Russia to Germany.

But if some of our politicians are so concerned about human rights abroad, why then continue to buy energy from the United States and Saudi Arabia. In these countries, frank crimes are committed against the rights and freedoms of citizens.
It was noted that people are executed in the United States and Saudi Arabia, the Saudi regime cracks down on its opponents even in diplomatic missions on the territory of foreign states (meaning the death of journalist Jamal Khashoggi).

The United States is using drones to strike hundreds of innocent people. And here (in the case of Navalny) there is no evidence at all that the Kremlin is to blame for this, but we are already talking about sanctions against Russia. Only those who demand sanctions against SP-2 should face the shareholders of hundreds of companies participating in this major project.
According to Sarah Wagenknecht, if someone from among German officials is ready to impose sanctions for violations of human rights in foreign countries, then he should be consistent, not selective:

This means that we need to give up oil from the United States and Saudi Arabia.
Ctrl Enter
Noticed oshЫbku Highlight text and press. Ctrl + Enter
We are
Reports from the militia of New Russia for 27-28 September 2014 of the yearYuri Drozdov: Russia prepared the role of the sacrificial calf
Military Reviewin Yandex News
Military Reviewin Google News
125 comments
Information
Dear reader, to leave comments on the publication, you must to register.