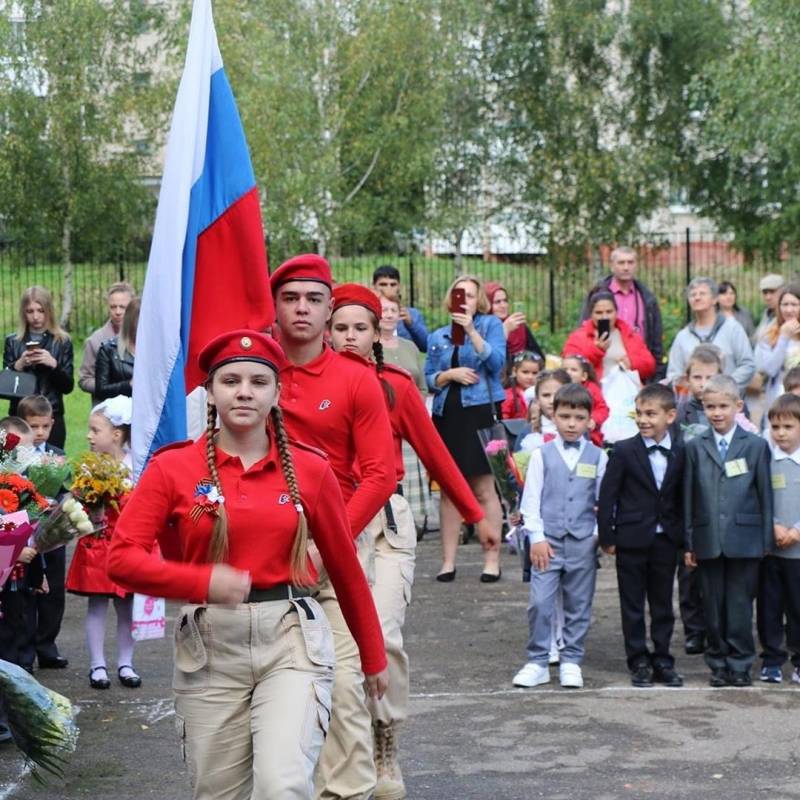 Tell me, what problems do the deputies have? But there is. And the main problem is elections. Now we are not talking about the deputies of the State Duma, this is just a separate caste of managers who earn on their votes.


It will be about the deputies much below the level, on which, oddly enough, a lot depends if they, the deputies, work.

Today in many cities the streets are covered with banners with strong, courageous, and most importantly, honest such faces of candidates. Mostly from the EP. Very rarely anyone from another party will flicker. Indeed, if the owner (for example) of the largest house-building plant in the region is a deputy of the regional duma, then why does the general director not become a deputy of the city duma? Aren't prima managers going to be on municipal councils?

And here is half the city in banners, on which individuals in suits with ties and helmets. Like builders. A bright future.

Let's think about the following point: who are these deputies? Well, it is clear that they are the chosen people of the people who must work for the benefit of this people. In theory. The practice is completely different.

Why? Yes, because not a single self-respecting deputy, with extremely rare exceptions, will strain himself at his deputy's work.

And this is logical.

If someone does not know, deputies of municipalities, rural, settlement and other grassroots councils are not paid a salary. That is, the deputy is obliged to provide for himself, and in his free time from work to fulfill his deputy duties.

The scheme is all from there - from the USSR. The only exceptions are State Duma deputies, who receive simply fantastic salaries and benefits. But there is a special conversation about them, since today it is completely incomprehensible to a normal citizen why they receive such salaries for absolutely nothing Messrs. Zhirinovsky, Zyuganov and Mironov, whose parties cannot do anything in terms of passing laws.

But today we are not talking about them. Today we are talking about those who do not receive salaries, are not a professional deputy, like the same Zyuganov or Zhirinovsky, who does not claim to receive money for the election campaign and time on TV.

Since September 13 is a national voting day, it is probably not worth telling how many people wishing to become a deputy have applied both directly to the editorial office and to some of the writers? So we won't.

A candidate's desire for press coverage is quite normal. Another question is that not every media can do this.

Nevertheless, I managed to talk to many of them. It should be noted that there were no representatives of the United Russia among them. Everything is in order with the "United" broadcasts, as well as with publications on the pages of various newspapers of the district and regional scale. 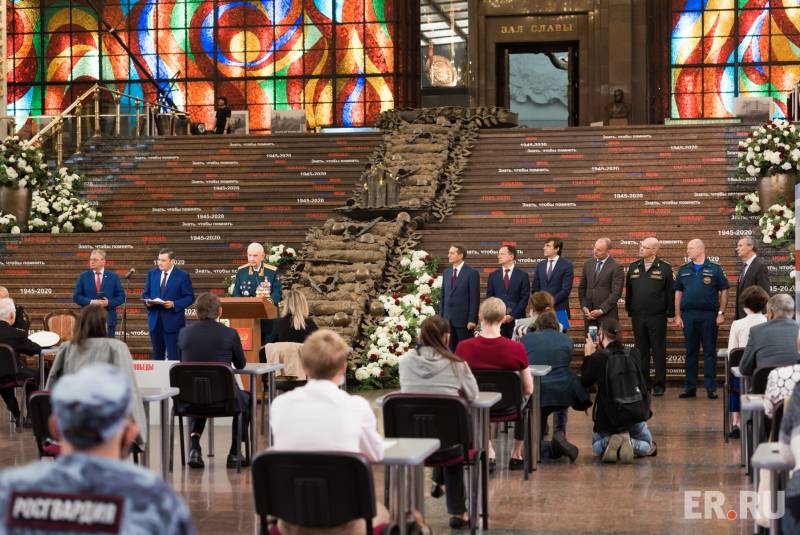 It turns out to be a funny situation. Has anyone even asked himself the question, why do we need village and municipal deputies? They do not pass any laws, unlike their "older" brothers, they do not actually affect the distribution of the budget.

So why are deputies of a lower level needed at all?

Looking at the numbers?

1. Russian parliament. There are 450 deputies in the State Duma, and 170 in the Federation Council.

We are not talking about quality, I emphasize, only about quantity.

2. Regional parliaments (regional legislatures). 85. According to (well, let's believe) Wikipedia, there are 3 deputies in these meetings.

3. City councils. In my city there are 36 deputies, in neighboring Lipetsk - 35. In Moscow - 45. But in our country there are a lot of small cities, so I would take the number of 25 deputies as an average figure. And multiplied by the number of cities in the Russian Federation (1 117).

The figure is 28 deputies.

There are 1 administrative districts in Russia. The average number of deputies can be taken from different sources to be 868.

Everything is very approximate, but it turns out that we have about 90 thousand deputies of all levels. And those who sit in parliament are just a drop in the ocean compared to the rest of the mass.

Why is everything not as luxurious as we would like?

I repeat the question: why do we need 90 thousand deputies, of whom 5% are really involved in legislation? Why do we need to break away from the sofas and go to choose someone there? Moreover, these are far from the Zhirinovskys and Mironovs. Nothing is known about them at all.

And they are needed. In theory.

Because it is the deputy who should be weapons electorate against the executive branch. A sort of epic hero, without a miss, striking an adversary (a lazy and snickering official) with a miracle weapon, whose name is a deputy's request.

Yes, earlier DZ was a weapon and a way to make a living. Today, lobbying in our country has actually died, since the legislative and executive powers are represented by a single party. "United Russia". Accordingly, what the officials of "United Russia" bring to their deputies will be accepted. That is, issues related to lawmaking are resolved in ministries, not factions. 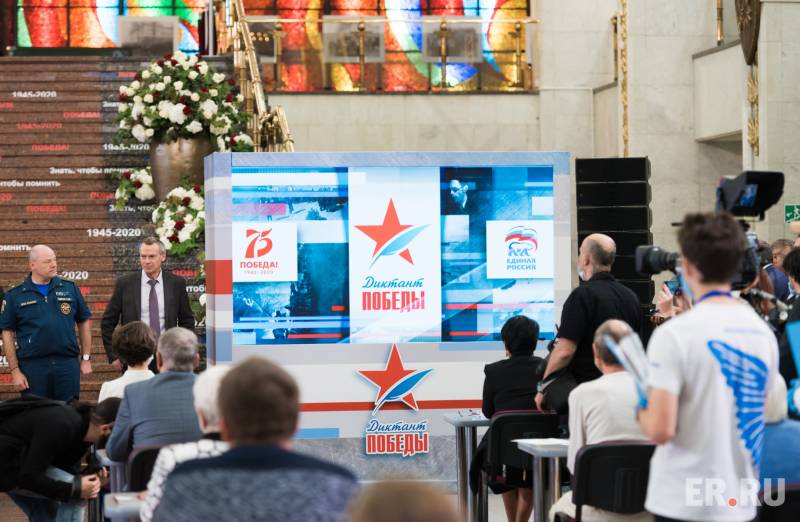 Anyone have doubts? So I think not. Everything is very logical and very legal.

Below is absolutely the same complacency. Take any council of deputies in any village or town, and everything will be the same there. The dominance of "United Russia", in which the slightest pressure on the executive branch is simply impossible.

And everyone is just fine. The deputy sits down, going about his business, often developing his personal business, and his party colleagues help him to carry out this noble cause. And he has nothing to do with electorate people, because he is not paid a dime for his work.

No, I absolutely do not call to start feeding 90 thousand of our deputies at our expense. We can hardly afford such a luxury.

Deputies must be CHOSEN.

The real choice is not the way it often happens in our country. It is clear that the most lucrative places like the State Duma and regional legislative assemblies, where budgets are drawn up, go for money. According to party lists. Information about how much the seat costs in which party and the number on the party list are in bulk on the Internet.

And this is also understandable. I myself have personally heard bitter complaints from deputies that it is impossible to "recoup" the money spent in the elections. But again, we created it ourselves. Repeatedly (14 times) participating in elections at various levels, I made the opinion: no one in Russia believes in the fruitfulness of the work of the deputy corps. Although there are deputies at the lower levels who actually did things.

But basically, the entire election campaign turns into an extortionate show, where each participant is trying to snatch something for himself from the deputy. And some did it.

And then conversations and grievances against the deputies began, who did nothing at all. That's right, they went to fight off the money spent on the election.

Business and nothing personal. Alas.

Of course, everything looks completely unsightly. As it was in my city: the candidate from the United Russia, Mr. Oganezov, who had simply insane money in the campaign to elect himself to the City Council, on the fifth day closed all his reception offices and did not bother fulfilling these obligations. And so many do.

Yes, on the one hand, everything looks very sad. But there is also a light at the end of the tunnel.

Today, almost on the eve of the elections, I observe that not only successful managers are becoming deputies. Small businessmen and even workers are coming. “Even a worker” (he is alone in the foreseeable space) even sounds like an anachronism. Greetings from the USSR, when workers and farmers made up the bulk of the people's representatives.

But yes, that was a long time ago. Athletes, show business stars and other "intelligentsia", of course, are more effective. This does not do us honor, because, completely without thinking with our heads, we suddenly elect people who, not only will not work for our good for very specific reasons, they simply do not know how!

The main message of this article is as simple as a crowbar: it seems to me that the time has come not only to look, but to carefully look at those whom we can elect. In general, elections (if not presidential elections) in our country are a really exciting process. Sometimes - with an uncertain outcome.

Yes, we have somehow already got accustomed that the country is ruled by "United Russia", and the suddenly elected mayor of the city from another party is not very good. This is downright nonsense. But, judging by the way the Far East reacts to the "cleaning" of its governor Furgal, there is something in putting in place not just people, but those who will do something for the region. 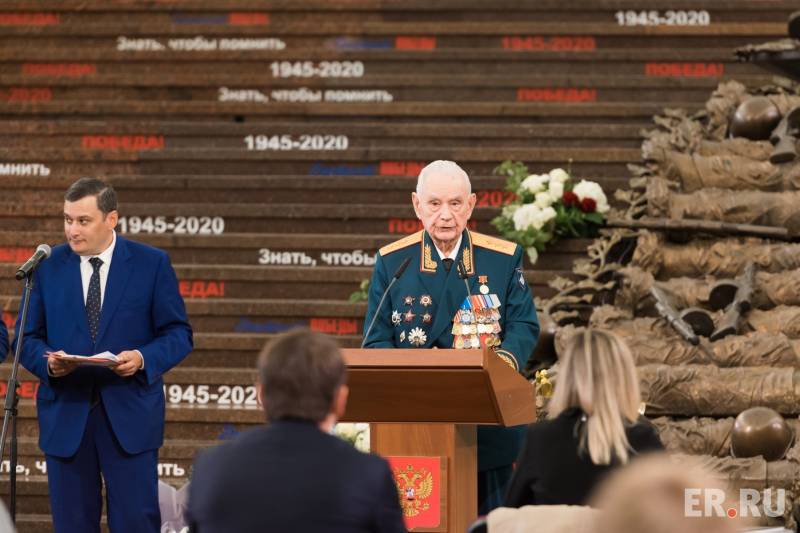 Fish (and Russia is still a whale) rots from the head. But they always start cleaning it with the tail. The same is in our case. Those who sit high can no longer be removed. The party-list election system will continue to provide Zyuganov and Zhirinovsky with a good meal at our expense. Okay, you can endure, we have enough freeloaders in the state.

But in the localities, at the very bottom, the election of your deputy should not be "back off". These people are much more useful and much more important than those sitting in Moscow. It is clear how our modern State Duma will vote in any situation. "For" everything proposed. Except, perhaps, its self-dissolution with subsequent self-destruction.

But in his "district" the deputy simply has to be efficient and his own. And it has become a little easier, more beautiful and more interesting to work not for the sake of your business, but in order to live exactly on its site.

That is why it is necessary to thoughtfully evaluate everyone who wants to please for the people. Because we are all part of this people. And our needs also need to be met. And fight for us with the authorities.

It seemed to me that it was this year that people of a slightly different kind than before went to the parliament. We talked closely with some of them, and not at all for the sake of advertising, but for the sake of you, readers and voters, to draw your own conclusions. And, accordingly, they voted for such or approximately such people.

So this article turned out to be a kind of preamble to the analysis of what our (our, local) deputy should be in the understanding of every citizen. And based on the interviews we have taken, we will conduct such an analysis.

Ctrl Enter
Noticed oshЫbku Highlight text and press. Ctrl + Enter
We are
The tragedy of the American army ("The Atlantic", USA)Bashar al-Assad: In Syria, not the “revolution” that the enemies are talking about, but the revolution of the army and the people against terrorists
Military Reviewin Yandex News
Military Reviewin Google News
90 comments
Information
Dear reader, to leave comments on the publication, you must to register.